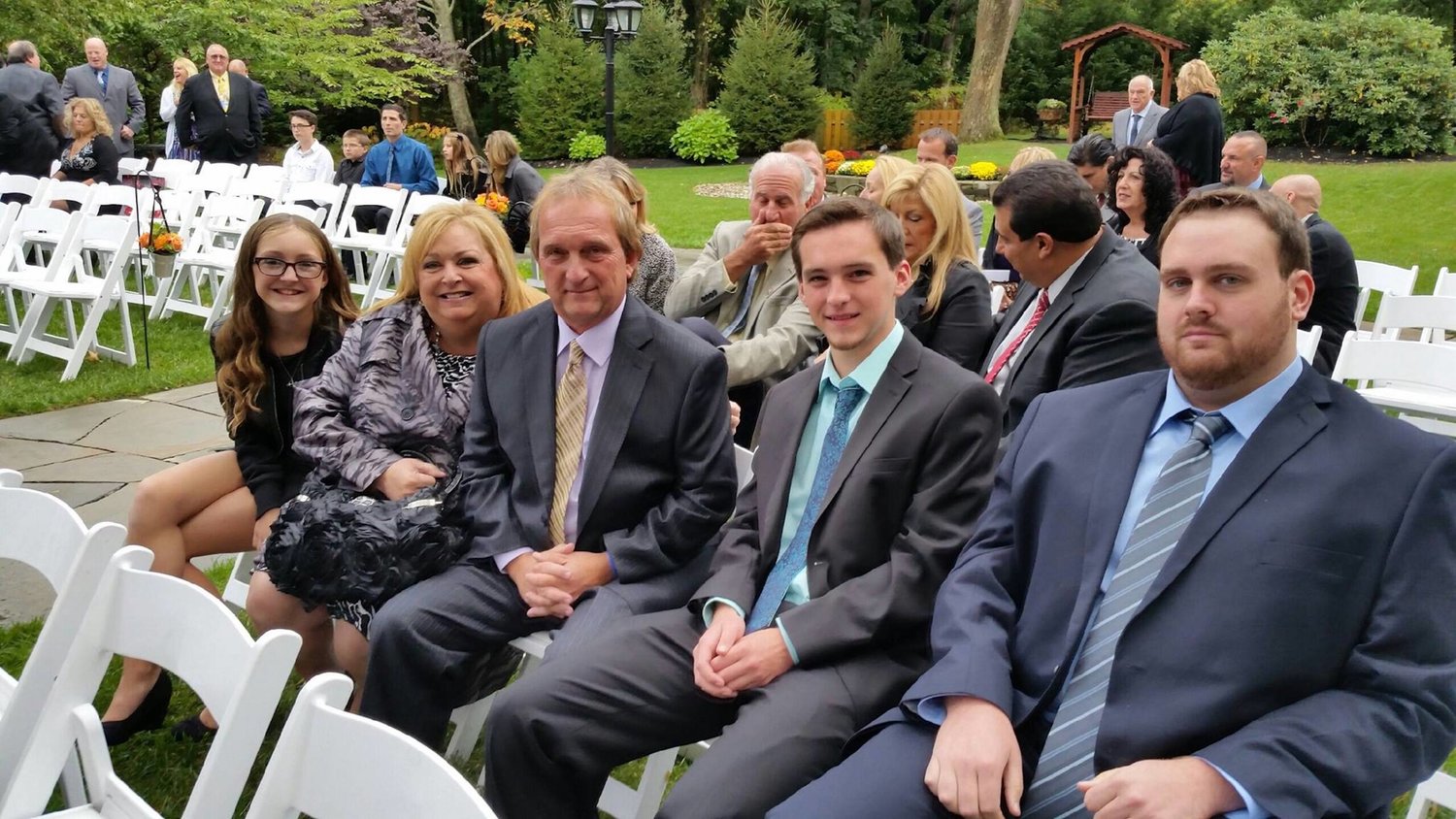 The Strife family, from left, Tori, RoseAnne, Sean, Thomas and Dylan. Sean Strife is selling calendars to fund scholarships in honor of RoseAnne, who was active in the community and died of complications of Covid-19 on March 29, 2021.
Courtesy Sean Strife 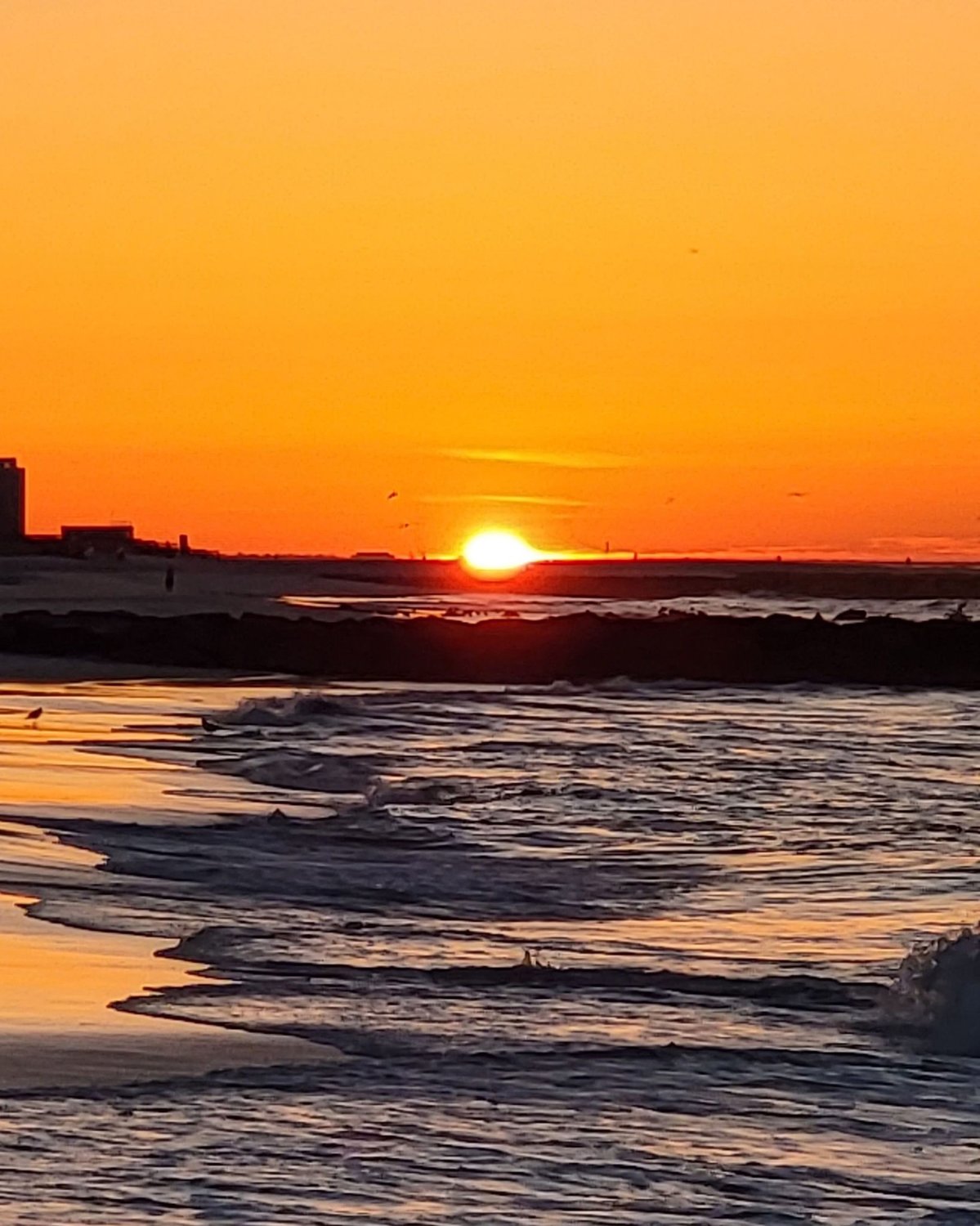 A special calendar will feature photos of sunrises that Sean has taken since RoseAnne's death.
Courtesy Sean Strife
Previous Next
By Mike Smollins

For Sean Strife, every picture was for his wife.

After RoseAnne Strife died of complications of Covid-19 at age 59 on March 29, 2021, her husband began a daily ritual of waking at 5 a.m. to photograph the sunrise.

From the shoreline at Captree State Park, Robert Moses State Park and the Long Beach boardwalk, Strife took about 200 pictures. Some have been compiled into a calendar to help fund a scholarship in RoseAnne’s memory for Lynbrook High School seniors.

The Strifes had been involved in the Lynbrook community for years, and RoseAnne helped create the scholarship in 2019 as a one-time boost to students involved in athletics. It was brought back two years ago to buoy the spirits of varsity athletes in the class of 2020 after many of their seasons were canceled because of the coronavirus pandemic.

“She just simply loved the kids,” Strife said. “I can’t say it any other way. All the volunteering she did for the kids.”

After only 48 hours of pre-sales, more than $2,000 had been raised for the RoseAnne Strife Owl Dedication Scholarship, which will be presented each year to seniors involved in sports. This year’s scholarship dinner is set for June 6 at Temple Avodah in Oceanside.

RoseAnne was active in the Gridiron Club, the Moms and Dads Club, local Girl Scouts troops and the PTA. For her efforts, she received the New York State PTA’s Founders Day award, and she also organized scholarship dinners for Lynbrook student athletes. Last June, she was posthumously honored at the dinner, which raised $1,000 for scholarships.

In addition to her volunteer work, RoseAnne was also a hairdresser in the village for many years. After she died, a moment of silence was observed during the monthly Lynbrook village board meeting and during the Owls’ varsity football scholarship game.

Sean and RoseAnne Strife both grew up in Lynbrook, and Sean played varsity baseball for the Owls before graduating from Lynbrook High School in 1979, while RoseAnne finished there in 1976. Though they shared to the same school for a year, they didn’t cross paths until years later in the village. They were married for 26 years and much of their involvement in the village stems from their devotion to their three children, Thomas, now 28; Dylan, 23, and Tori, 20, who graduated LHS with the class of 2019.

Through her volunteer work, RoseAnne became close with Heather Hanson, a current Lynbrook school board trustee.

Hanson said she instantly clicked with RoseAnne, and quickly recognized her passion for Lynbrook and love of volunteering, as well as her dedication to her children.

Hanson said she thought the calendar idea was a fitting tribute to her friend. She added that the photos Sean took of all the sunrises helped him grieve and were an ode to RoseAnne, and now they are going to help students excel in college, which is something his wife was passionate about.

Hanson said that because RoseAnne died during high pandemic restrictions, not many people got to visit her in her last days and the scholarship was dedicated to her to keep her memory alive.

Gabrielle Gavzie said her daughter, Jess, was best friends with Tori, so she and the Strifes grew close over the years. Gavzie handles the printing for the varsity journal at the scholarship dinner each year, and since she is connected to a printing service, she was able to facilitate the production of the calendars in RoseAnne’s memory.

Gavzie said she was impressed with how successful the calendar was just days after pre-sales began.

Strife took his first sunrise photo at a lighthouse in Montauk on RoseAnne’s birthday, May 19, 2021, nearly two months after she died.

His family and some of their friends had gathered there in her memory to light lanterns and walk down to the lighthouse. That snapshot led to 200 more.

“The calendar, for me, is a testament to her legacy,” Strife said, “and everything she did in the community.”

To order a calendar, visit bit.ly/3llijzY.