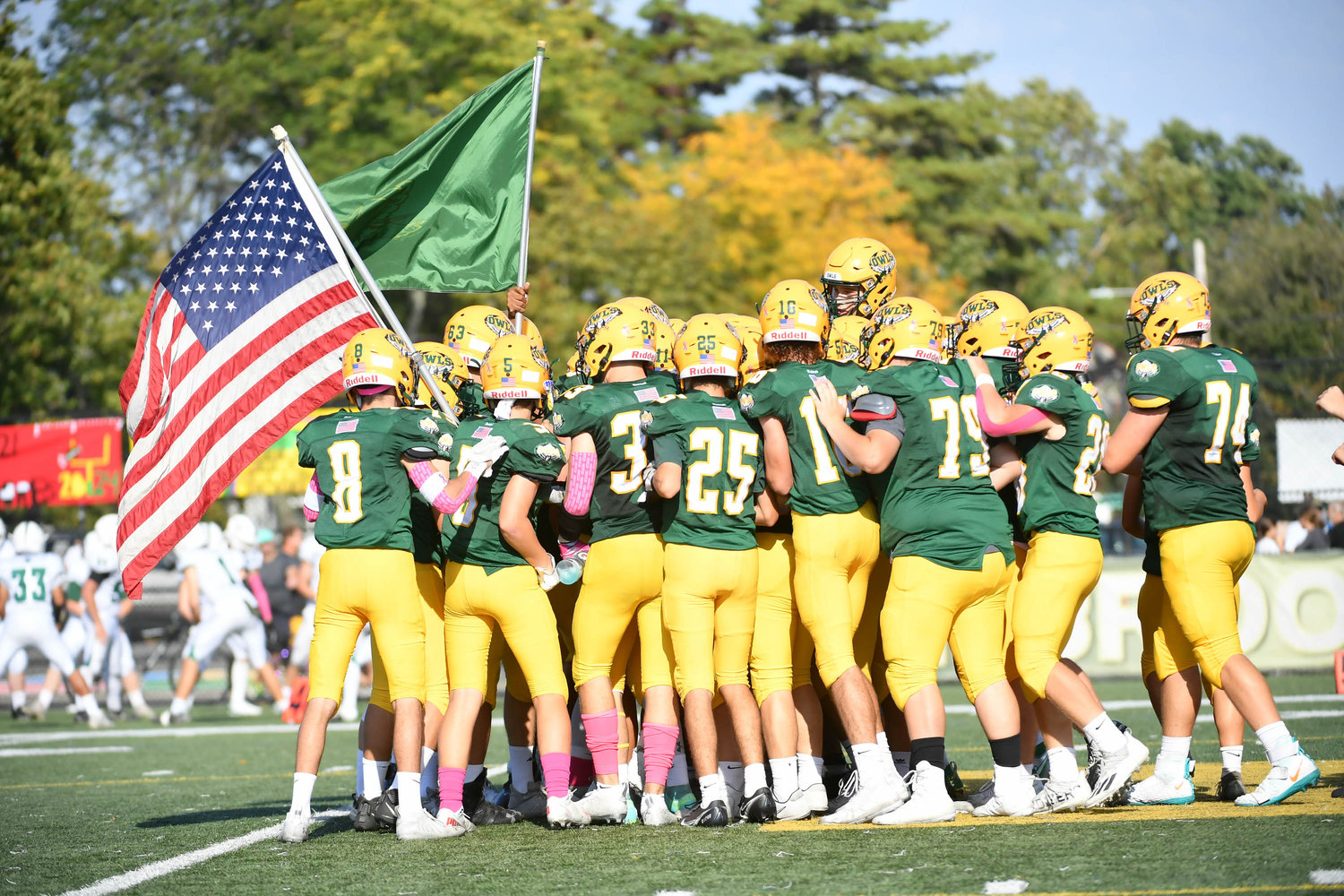 The community came out to support the Lynbrook Owls during Homecoming on Saturday.
Anthony Hughes/Herald 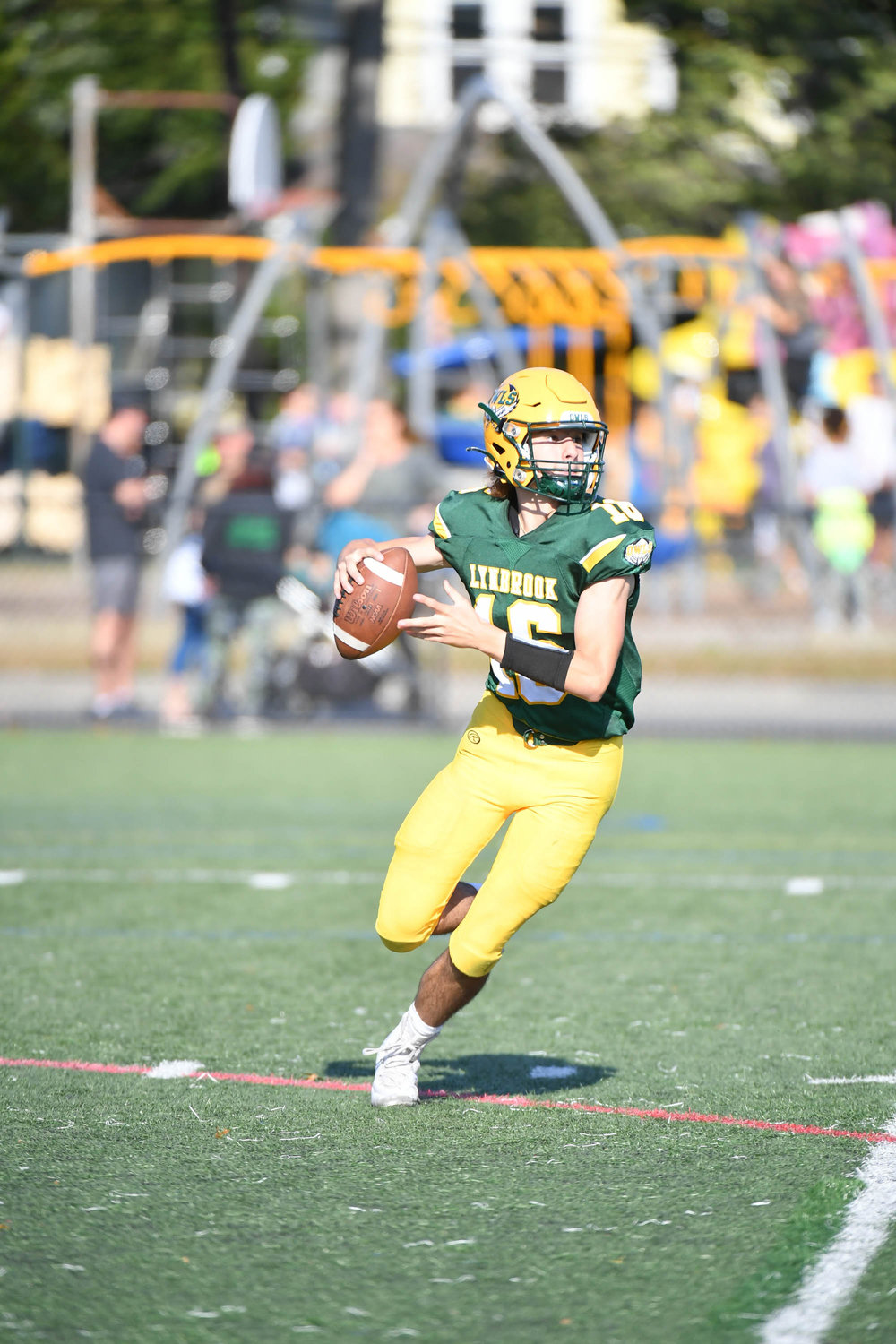 The Owls shutout the Bellmore-Kennedy Cougars, 28-0, to win their Homecoming game.
Anthony Hughes/Herald 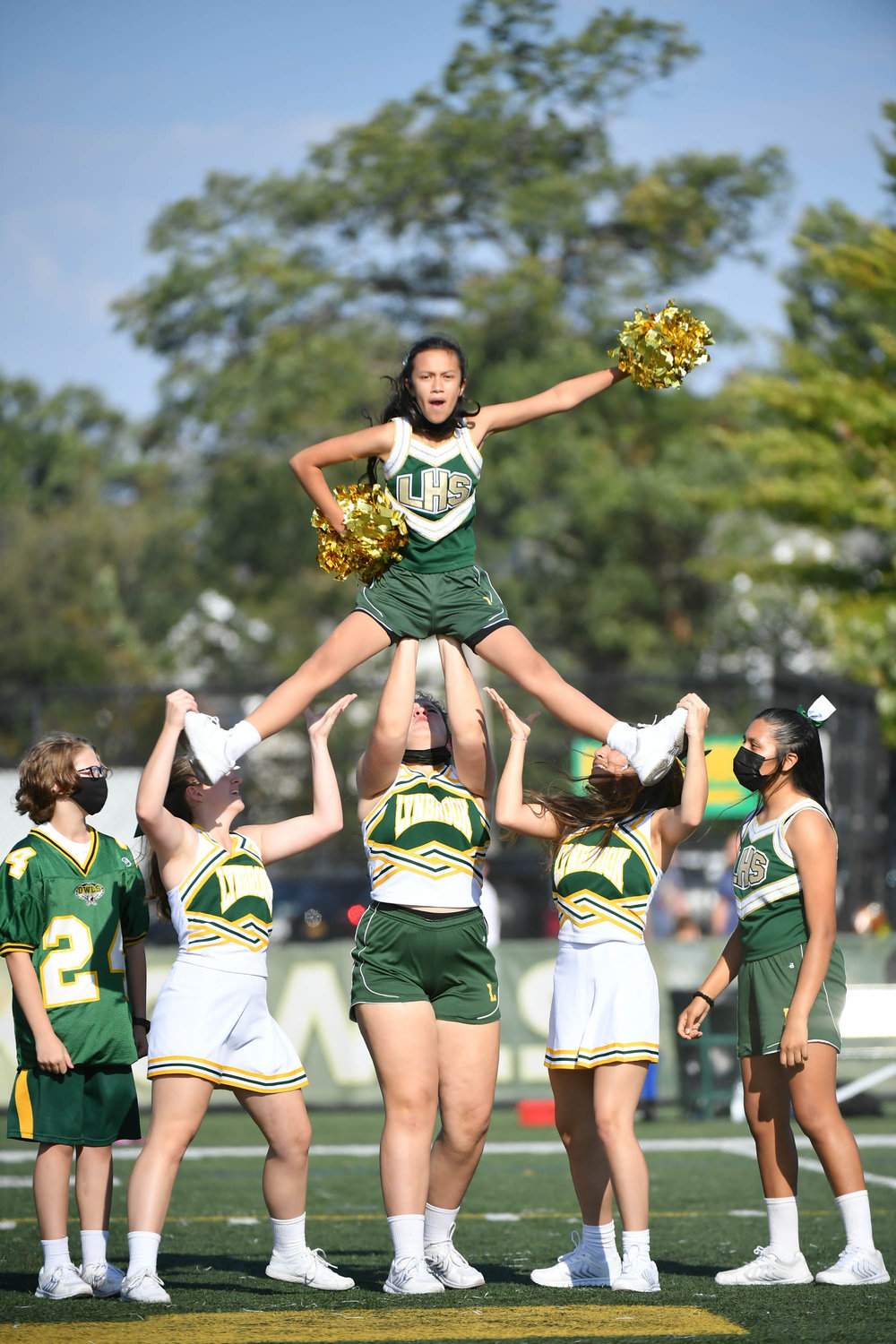 Lynbrook High School cheerleaders entertained the audience with a routine during halftime of the game.
Anthony Hughes/Herald 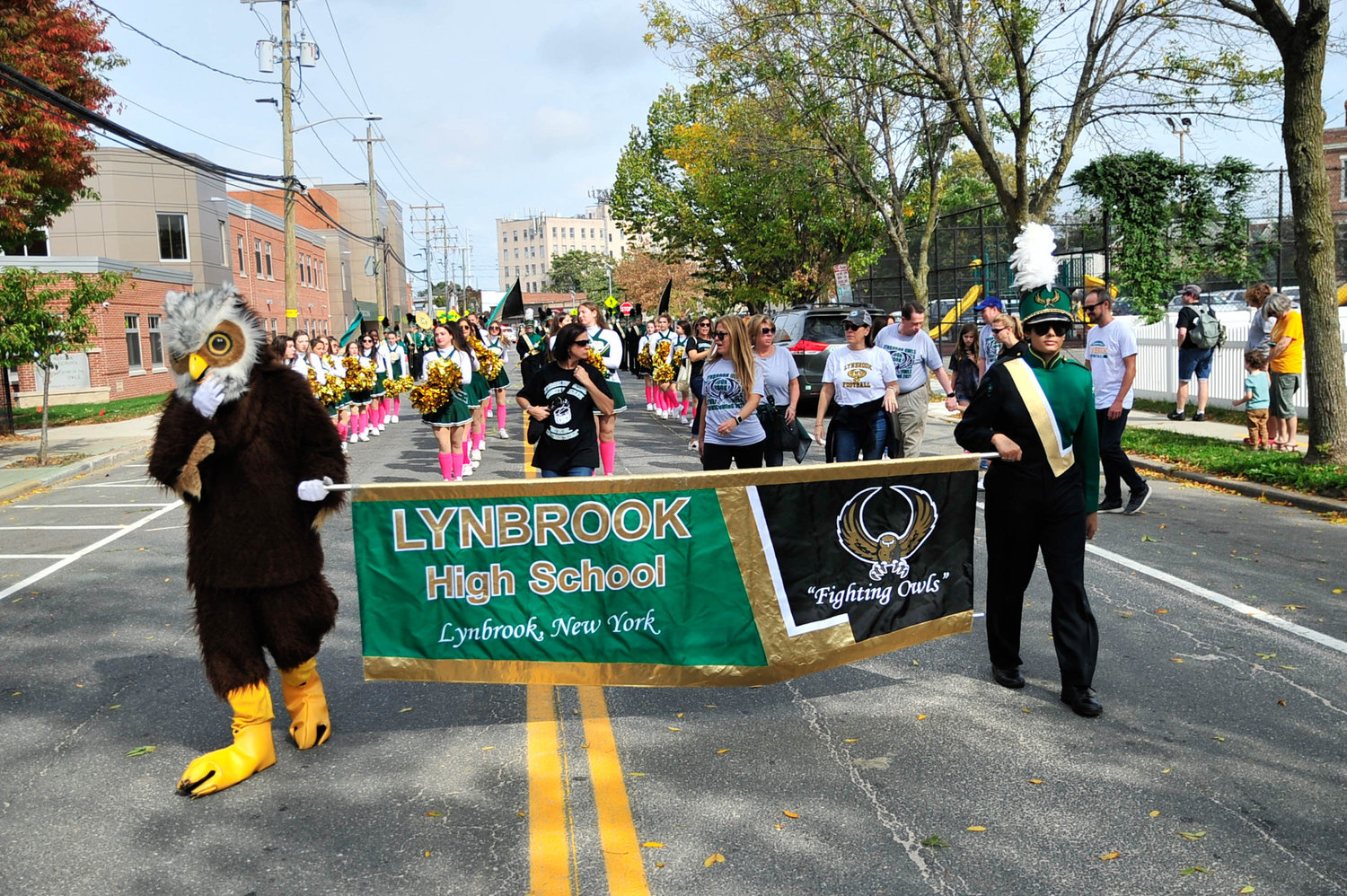 A parade began the festivities.
Anthony Hughes/Herald
Previous Next

The Lynbrook community came out in full force to celebrate Homecoming Saturday. With blue skies overhead, the annual parade made its way from Lynbrook High School to Marion Street Elementary School. Central administrators, board members and LHS students, including those on the cheer team, Homecoming court, the kickline team and marching band, waved to onlookers dressed in their best green and gold.

Lynbrook High School students from each graduating class marched with their peers holding their class’s banner, which was later displayed on the fence by the football field at Marion Street. Homecoming King Patrick LaBarbera and Queen Emma Leighley wore a crown and tiara, respectively, as they waved to members of the Lynbrook community. Both were crowned during the school’s pep rally on the previous day.

Before kicking off the PTA Scholarship Football Game, senior members of the cheer, kickline and football teams were honored on the field with their loved ones. After the ceremony, the Fighting Owls stormed the field ready to take on the Bellmore-Kennedy Cougars. LHS senior Jaden Harvin performed the national anthem before kickoff and Lynbrook football alumni from 2010 were announced on the field. The men were named Class III Long Island champions back when they were student-athletes at the school. They showed their support for the current football team during the game and cheered them on, along with the crowd of proud community members.

At halftime, four LHS alumni were inducted into the Lynbrook Public Schools’ Athlete Hall of Fame for their contributions and excellence in athletics while at LHS. The district honored alumni Russell Benvenuto, Don Borges, Brian Ciampi and Dana Levitt on the field. In addition, the cheer team performed a spirited routine, along with the kickline team. Under the direction of Bryan White, the LHS marching band entertained the crowd with their Temptations-inspired show, “Get Ready.” The Lynbrook Owl showcased his dance moves and members of the kickline team joined the marching band as they performed to the music.

The Lynbrook Fighting Owls took home the win against the Cougars, 28-0, to send the Homecoming crowd home happy.