Manhasset tops South Side for title 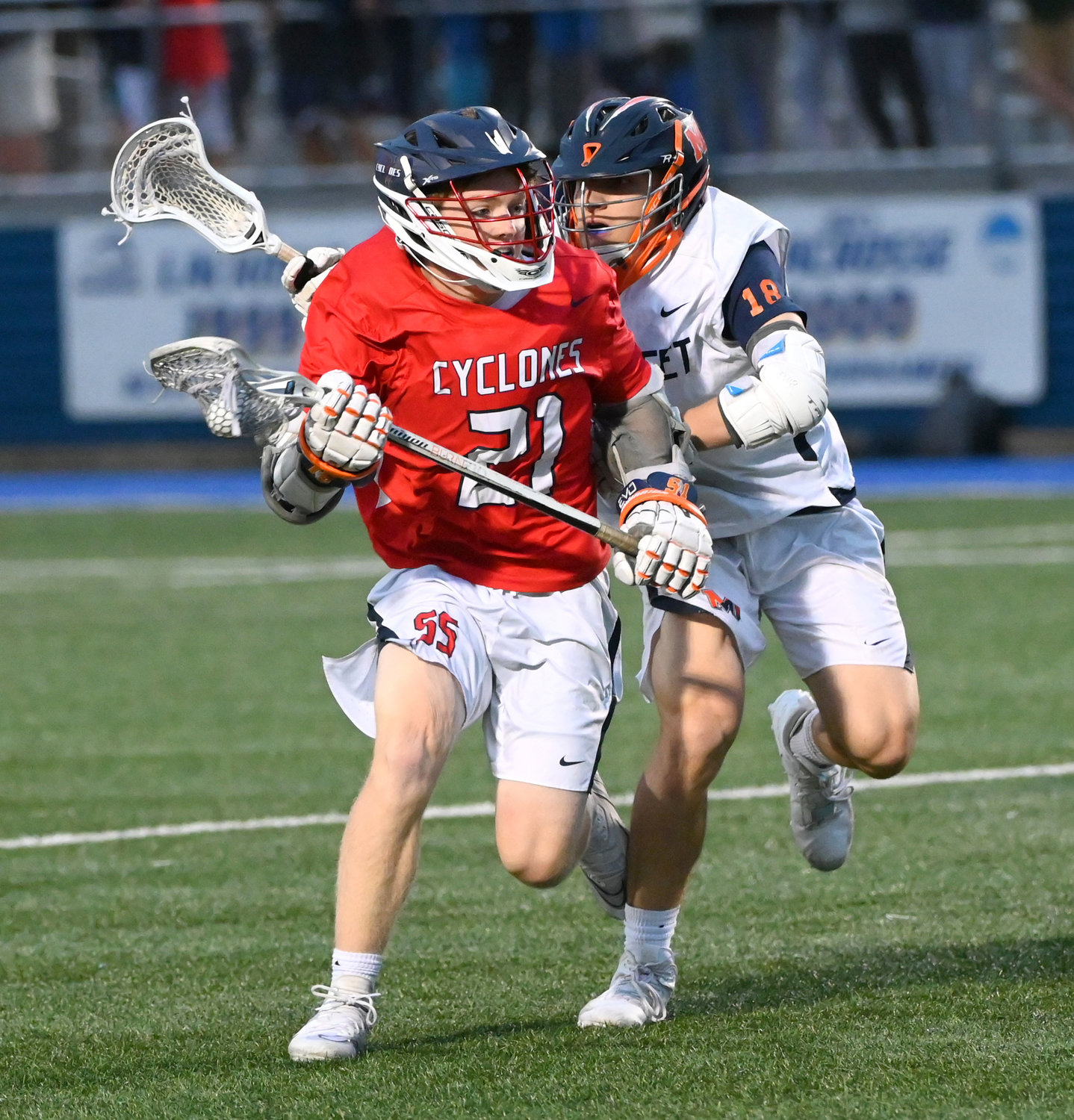 Playing in the program’s first boys’ lacrosse county finals since 2008, South Side had momentum on its side against defending champion Manhasset on June 1 before Mother Nature spoiled the party.
The Cyclones held a 1-0 lead on a Brady West Goal in the Nassau Class C finals midway through the first quarter when severe weather struck causing the game to be suspended until Thursday afternoon. While South Side’s Owen West scored the first goal when the game resumed, the Cyclones did not have the same wind at their back as the previous night with Manhasset scoring the next 11 goals en route to a 14-4 win at Hofstra’s Shuart Stadium.
“The kids were fired up Wednesday night and were dictating play and doing what we wanted to do,” said longtime South Side head coach Steve DiPietro. “Obviously the gods had other plans for us for the rest of that evening which certainly favored them.”
South Side led 2-0 until late in the first quarter when Matt Perfetto scored with just 49.3 seconds left in the period. The Indians led 5-2 at halftime and then seized control in the second half with a 9-2 lead after three quarters.
Brady West finished with two goals while Owen West and Chris Vanco recorded a goal apiece. Michael Aiello registered one assist.


Adding to the chaos of Wednesday night was a scramble Thursday during the school day to move the game up to 2 p.m. from its scheduled 5 p.m. start time to avoid more inclement weather.
“It certainly threw everyone for a loop but they had to deal with the same situation,” DiPietro said. “The conditions were much different with about 95 degrees on the turf as opposed to at night and they came out with a different energy even though we grabbed the first goal.”
South Side, which fell to Manhasset 14-8 in the teams’ regular season meeting on April 26,  ended the season at 12-6 overall. The third-seeded Cyclones advanced to the finals with a 4-2 quarterfinal win against Bethpage on 4-2 and then knocked off second-seeded Seaford in the semis at Hofstra on May 27, 13-10.
While South Side’s quest for its first county title since 2004 came up one game short, DiPietro said the 2022 season provides a solid foundation for future years. The team’ regular season success leading into the playoffs included wins against Class A powers Massapequa and Syosset.
“There were so many good things that this team did and their resiliency throughout the year was excellent and I’m so proud of them,” he said. “For the guys coming back it was an invaluable season as far as what we’re capable of, what it takes and that we can play with anybody when we play our game.”