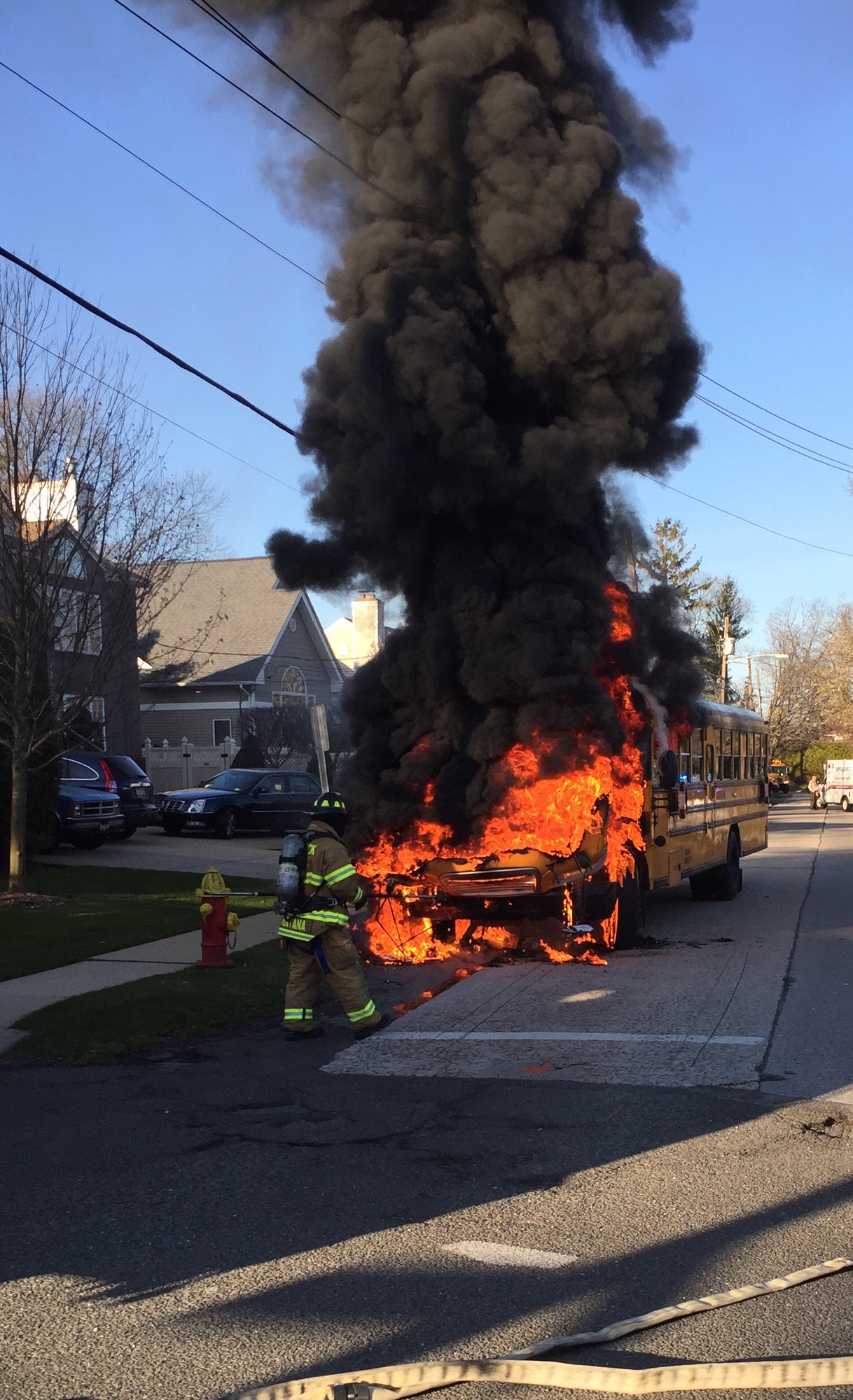 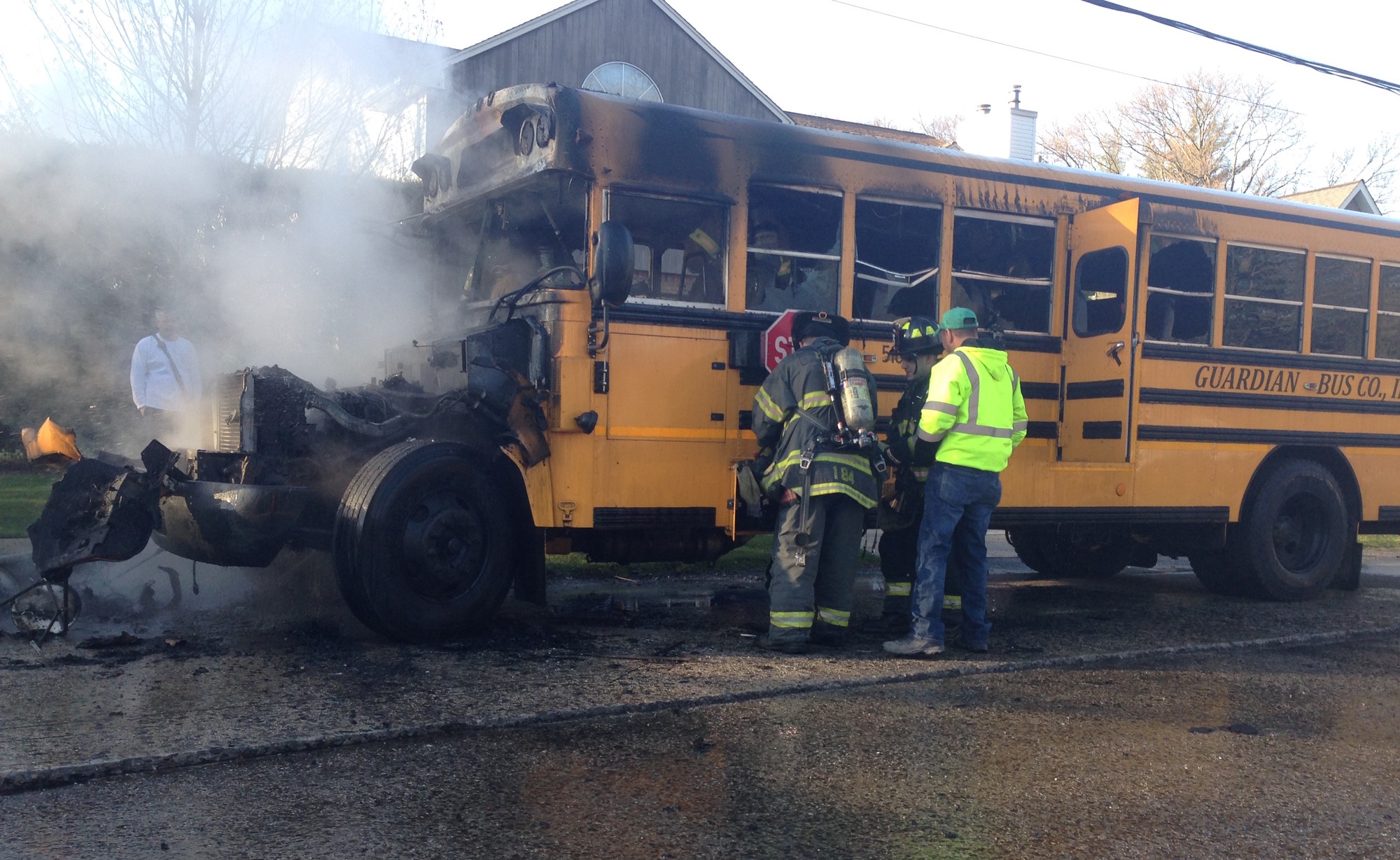 Flames engulfed the bus, which was a total loss. Merrick firefighters needed about five minutes to put out the blaze.
Scott Brinton/Herald Life
By Scott Brinton

A school bus bound for Merrick Avenue Middle School burst into flames on Kirkwood Avenue in Merrick shortly before 8 a.m. on April 6.

Within minutes, Merrick Fire Department volunteers were on the scene, hosing down the blaze, which rapidly spread to the driver’s seat and the bus’s interior. Heavy black smoke rose into the air and could be seen north of Sunrise Highway.

No one was hurt, according to school officials. The driver smelled smoke coming from the engine, pulled the bus over and led the dozen children aboard to safety more than a block away. According a witness, the bus was soon engulfed in flames.

The driver was identified as Laron McGravey, who declined media interviews. The Guardian Bus Company, which owns and operates the bus, released a statement shortly after the fire, offering high praise for McGravey.

“We would like to first say that we are happy and relieved that all of the children are safe and sound from Wednesday morning’s incident,” said Corey Muirhead, vice president of the Guardian Bus Company, and director of contracts and business development for the Logan Bus Company, Guardian’s parent company. “We could not be more pleased with the level of professionalism that the driver handled himself with. Days like Wednesday are a testament to the training that these drivers receive and meticulous attention these drivers show on a regular basis.”

Merrick firefighters needed about five minutes to put out the blaze, which occurred at Kirkwood and Merrick avenues, across from the old Merrick Library and a block south of the Merrick Fire Department’s Empire Hose Company No. 3.

About a dozen firefighters stretched high-pressure hose lines from engine trucks in the middle of Merrick Avenue and quickly extinguished the blaze.

Eric Arlin, the Bellmore-Merrick Central District’s special education director, and Merrick Avenue Middle School Principal Taryn Johnson were on the scene within minutes. Arlin said the bus driver acted decisively to protect the children. He is, Arlin said, “a hero.”