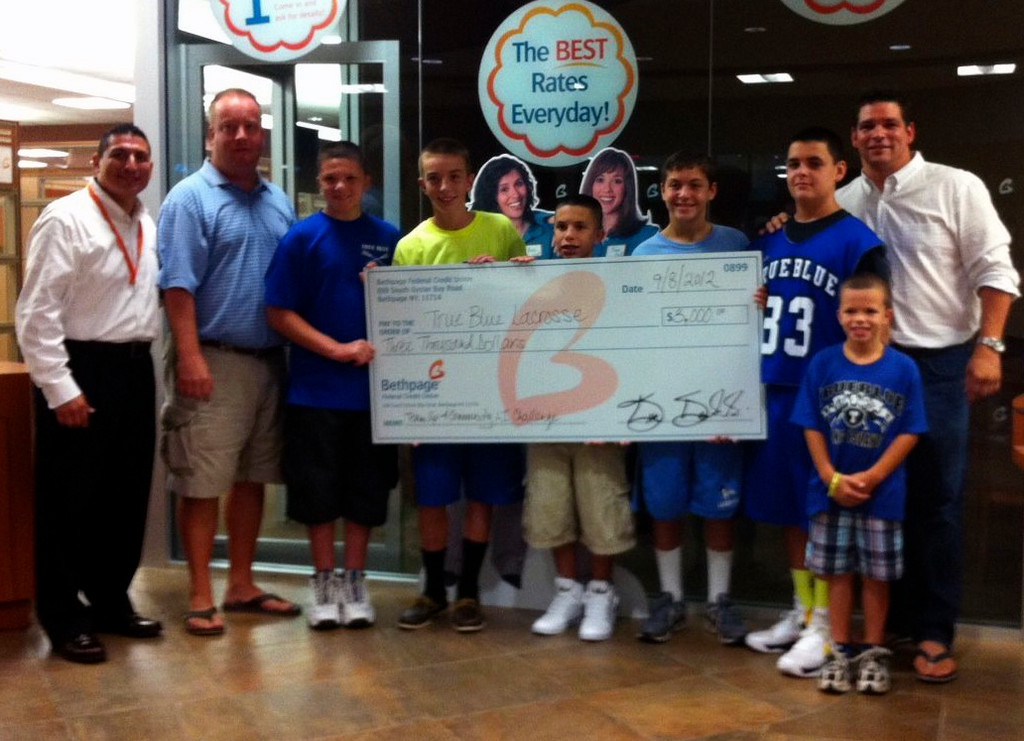 Members of the True Blue Lacrosse team in Merrick were the first-place winners in the Long Island Sports Challenge, a contest sponsored by Bethpage Federal Credit Union and Team Up 4 Community that encouraged community service among Long Island student-athletes.

The squad was awarded $3,000 for their video documenting their effort to raise funds by collecting pledges for every goal they scored during their summer season. All funds will be donated to the Cancer Center for Kids at Winthrop University Hospital in Mineola. As part of the Long Island Sports Challenge, participating student athletes recorded their efforts from May 1 to July 31, and each video was then posted on Team Up 4 Community’s YouTube page, where viewers voted on which efforts they felt were the most compelling.

The 10 videos with the highest number of views were then posted on www.TeamUp4Community.org for visitors to vote on, and three winners were selected. Above with True Blue Lacrosse team members were Bethpage Federal Credit Union Assistant Vice President Robert Suarez, True Blue Lacrosse Director Chris Roberts and Team Up 4 Community founder and former NHL player Steve Webb.