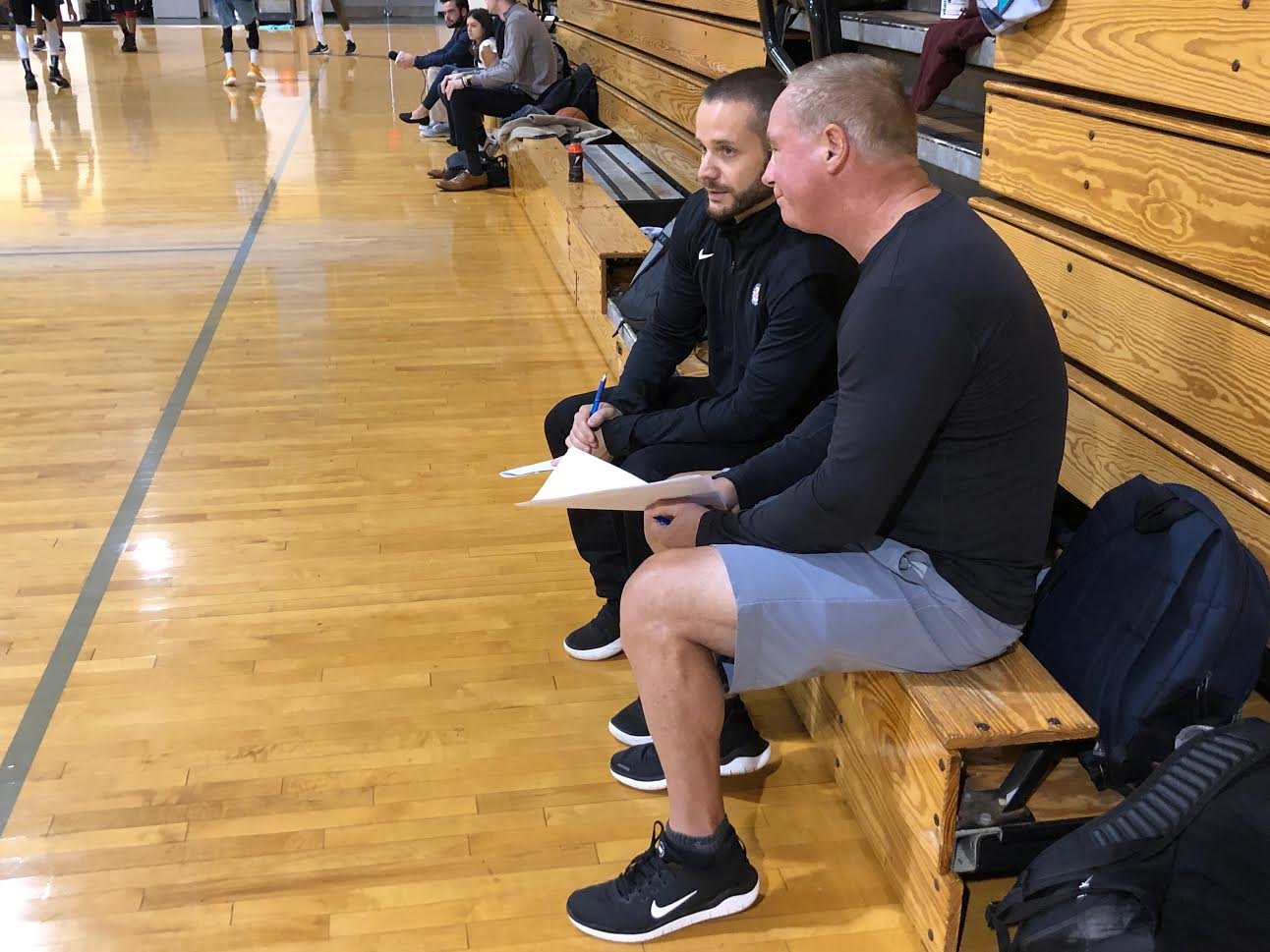 Following a season that included plenty of success, both individually and as a team, a transition period is underway for the Long Island Nets, the G League affiliate team of the NBA’s Brooklyn Nets.

Trajan Langdon, 2019 G-League Executive of the Year as Long Island Nets general manager, is gone, having accepted the same position with the New Orleans Pelicans of the NBA. On Sept. 5, the Nets announced Matt Riccardi, the team’s assistant general manager, as Langdon's replacement.

“Big shoes to fill,” Riccardi said at the team’s open local player tryouts Saturday at LIU Post. “Trajan is, and has been the last three years, my role model. I’ve tried to learn everything I could from him every step of the way… and to be honest with you I’ll probably still call him and ask for some advice. He’s still a great friend of mine and we’re lucky we have an organization with plenty of G League experience. There’s a lot of people within our group to help us through the G League life.”

Riccardi, the second general manager in Long Island Nets history, has been the assistant GM with the -League affiliate since its inception in 2016, as well as a scout for the Brooklyn franchise. Riccardi began his time with the organization in 2010, when he was hired as a basketball operations assistant. Riccardi knows expectations are high both at the NBA level in Brooklyn and on Long Island following Long Island's advance to the G League finals.

Being bumped up to general manager isn’t the only promotion for Riccardi, who also has been named director of scouting for the Brooklyn Nets. Riccardi, a native of Plano, Tex., said he will be more consistently involved with what goes on both in Uniondale and Kings County.

“My main priority… is to oversee everything on a day-to-day basis on Long Island and make sure we’re running things as an extension of the Brooklyn Nets,” Riccardi said. “I’ll supplement that with some scouting on the Brooklyn side and be involved in the management and day-to-day of Brooklyn as well, but my main focus will be with these guys and make sure everything runs smoothly on Long Island.”

The Long Island Nets are coming off their first division title, conference title and franchise-best 34-16 regular season record, its fourth as G-League affiliate of the Brooklyn club.

“Our expectation is always, every single year… to make sure every single one of these guys gets better,” said Riccardi. “Everybody on our roster, every staff member, every player, every coach… whoever it is, that they are getting everything they can from our group and in totality, we get everyone to the next level in their profession. Our main focus is development, it will continue to be development, and as long as we focus on that everything else will happen for us.”

The Long Island Nets will open the season Nov. 9 in Fort Wayne, Ind., against the Mad Ants, the Indiana Pacers’ G League affiliate and play their home opener at the Nassau Coliseum on Nov. 11 against the College Park Skyhawks.