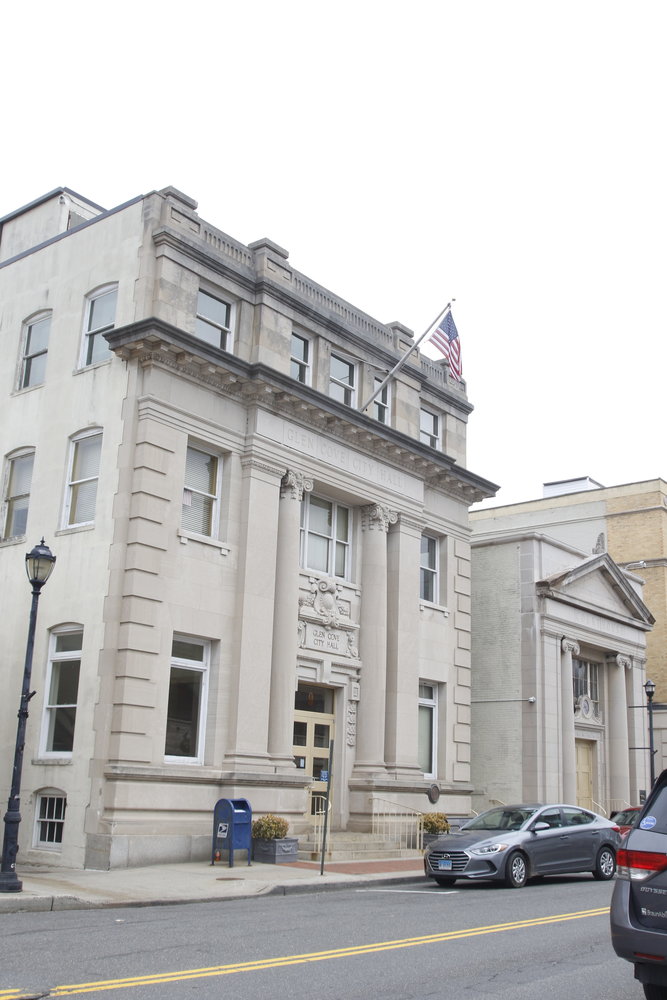 The Glen Cove City Council will hold a public hearing on Oct. 26, prior to voting on the proposed 2022 budget.
Christina Daly/Herald

Unlike how these one-shot revenues have been treated in the past, in that they were fully utilized to balance the budget, the proposed budget is only using a small portion, approximately $250,000, to offset what would have otherwise been an increase in the 2022 tax levy.”
Mayor Tim Tenke
The proposed 2022 city budget includes nine new positions in the following departments:

Pay increases have been provided for:

Mayor Tim Tenke proposed a $64.7 million budget last week without a tax increase for Glen Cove homeowners. The 2022 spending plan was presented at the Oct. 12 City Council meeting, and will be voted on by the council on Oct. 26.

“The city is fully operational and has returned to pre-pandemic functionality despite Covid still being part of our everyday concerns,” Tenke said, “and the 2022 proposed budget has been prepared taking into account such expectations.”

The budget would not change the tax rate for residential properties, and would reduce it by 4.55 percent for commercial properties.

Tenke noted that the city’s general fund stands at $50.8 million, and that appropriations from it would increase by $1.86 million, or 3.79 percent, over the current budget.

New York state aid will total $2.8 million, $568,000 more than the current year, Tenke said, and Nassau County local aid has been restored to $1.6 million, an increase of $418,000. As well, the city’s debt service payments would be roughly $1 million lower than this year, he said, because older and higher-interest debt is maturing and being paid off.

“We are seeing the benefits of our legislation, whereby we have $120,000 related to a new revenue stream, our mortgage in default, or ‘mortgage registry’ program,” Tenke said, “and we have implemented the rental registry program, which will account for $85,000 in new revenues to help offset the cost of our Code Enforcement department administering the rental inspection process.”

The city will also save about $100,000, he said, with an LED light-replacement program and the conversion to a Voice over Internet Protocol, or VoIP, phone system.

The proposed spending plan also includes new hires. Tenke noted that some vacant positions have already been filled at lower salaries, and that the city is in a better financial position this year to rehire some laborers who were cut from last year’s budget, thanks to the restoration of state and local aid.”

The net increase in full-time salaries would be about $329,000, with a total of nine new positions in departments including public works, finance, police and the Youth Bureau. “The new hires account for approximately $391,000,” Tenke said, “and the net savings between attrition and contractual increases helped offset the added cost of these new hires.”

There would also be small increases for part-time hourly first responders — EMS, Auxiliary Police and Harbor Patrol as well as Crossing Guards — who have been “underpaid compared to neighboring municipalities and whereby, retention issues have led to operational inefficiencies,” Tenke said.

Operating expenses were reduced where possible, yet there are certain expenses, including health care costs, insurance premiums, tax certiorari payments and pension contributions, that increase annually — next year, by about $2.2 million.

The city will see less revenue from payments in lieu of taxes next year, because the Fairfield property — formerly known as the Avalon — will be restored to the tax rolls. But there will be about $1.2 million in one-shot revenue resulting from construction of three buildings by RXR Realty at Garvies Point.

“Unlike how these one-shot revenues have been treated in the past, in that they were fully utilized to balance the budget,” Tenke said, “the proposed budget is only using a small portion, approximately $250,000, to offset what would have otherwise been an increase in the 2022 tax levy.”

He stressed that the non-recurring revenue is not being used to fund operating expenses, but will be included in a contingency fund line. “When these revenues materialize in 2022, since there will be no appropriations against this revenue, the revenue will fall to the bottom line and produce an operating surplus, which will help offset our accumulated fund balance deficit,” Tenke said. “We will use this as an opportunity to address prior years’ deficits in our current year operating budget, as well as share with the residents some tax relief.”

By the end of this year, Tenke said, the city is anticipating non-recurring revenue of about $1 million related to the development of the Villa on Glen Cove Avenue, which would also help offset the fund balance deficit. The mayor also mentioned the $2.8 million in federal funding the city will receive from the American Rescue Plan Act, though it has not been determined how those funds would be used.

The second and final public hearing on the budget is scheduled for Oct. 26 at 7:30 p.m.