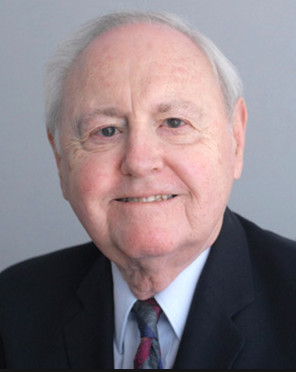 Longtime Woodmere resident Norman H. Dachs, a renowned insurance law lawyer who founded one of the oldest legal firms in Nassau County, died of lung cancer at Mercy Medical Center in Rockville Centre on Dec. 10. He was 81.
Dachs, who lived in Woodmere for 58 years with his wife, Zena, practiced law for 60 years. He graduated from Brooklyn Law School at 21.
Mineola-based Shayne, Dachs, Sauer & Dachs, LLP was founded in 1955 by Dachs and Neil T. Shayne, who died in 1998. Its practice includes personal injury, medical malpractice and insurance law cases.
An acknowledged expert in his fields, Dachs was one of the original featured columnists for the New York Law Journal and had co-written the Insurance and No-Fault Law and Insurance Law articles since 1973.
He was a contributing author to several books, including “Trial of Automobile Accident Cases” by Louis E. Schwartz; “Making a Personal Injury Practice Profitable” and “No-Fault and Uninsured Motorist Automobile Insurance.” Dachs also served as co-editor of several legal publications, to which he contributed lead articles.


In 1978, he was chosen by New York State’s Superintendent of Insurance to be one of the first American Arbitration Association No-Fault master arbitrators. Dachs was serving in that post until his death.
Well known on the legal lecture circuit, Dachs spoke extensively to such groups as the American Arbitration Association, New York State Trial Lawyers Association, Nassau County Bar Association, Nassau-Suffolk Trial Lawyers Association and the Society of Chartered Property and Casualty Underwriters. He also lectured at judicial seminars and individual insurance company seminars.
Martindale-Hubbell, an information services company to the legal profession, gave Dachs an AV Preeminent, the highest rating for legal ability and ethics.
Report an inappropriate comment