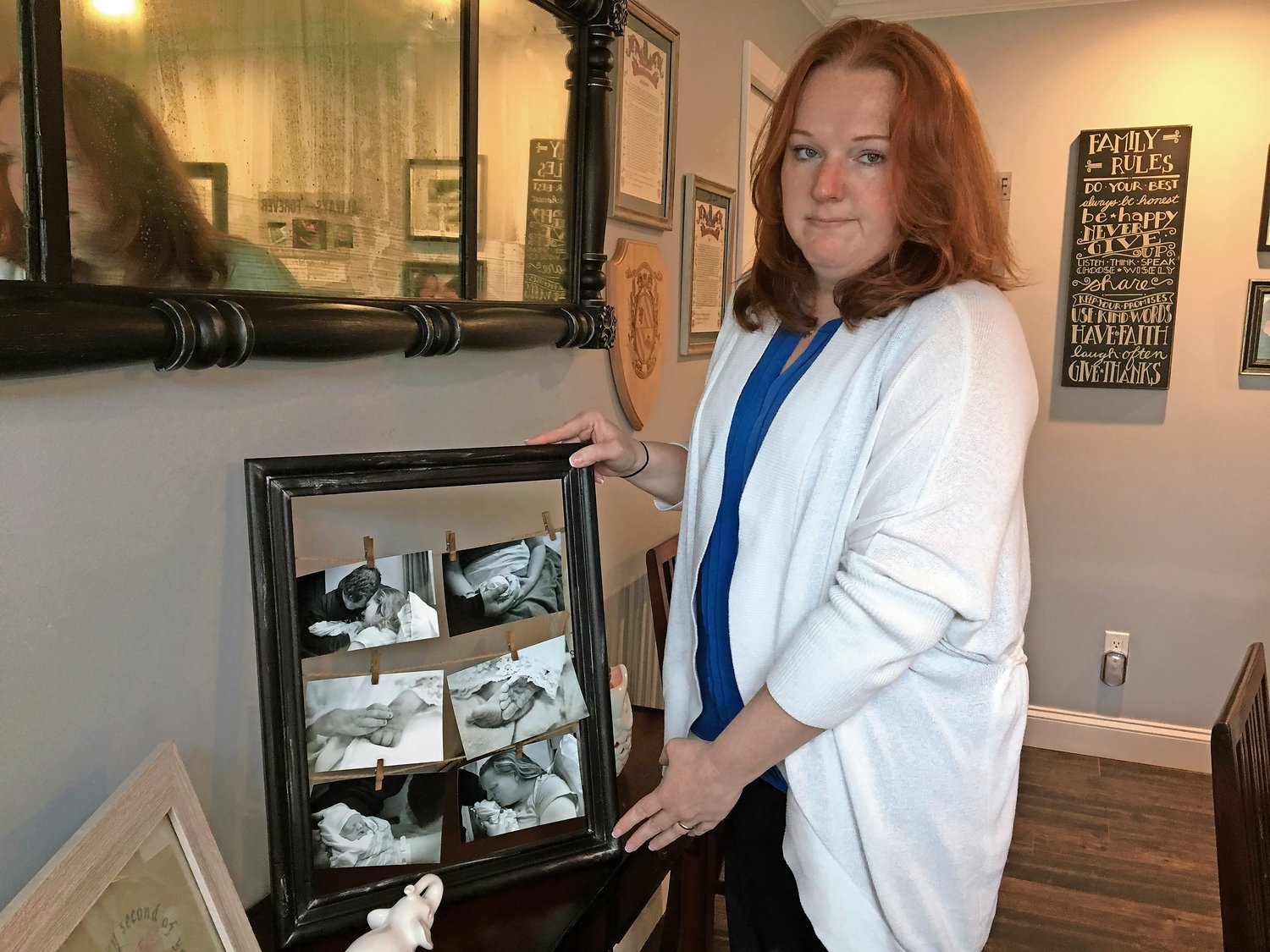 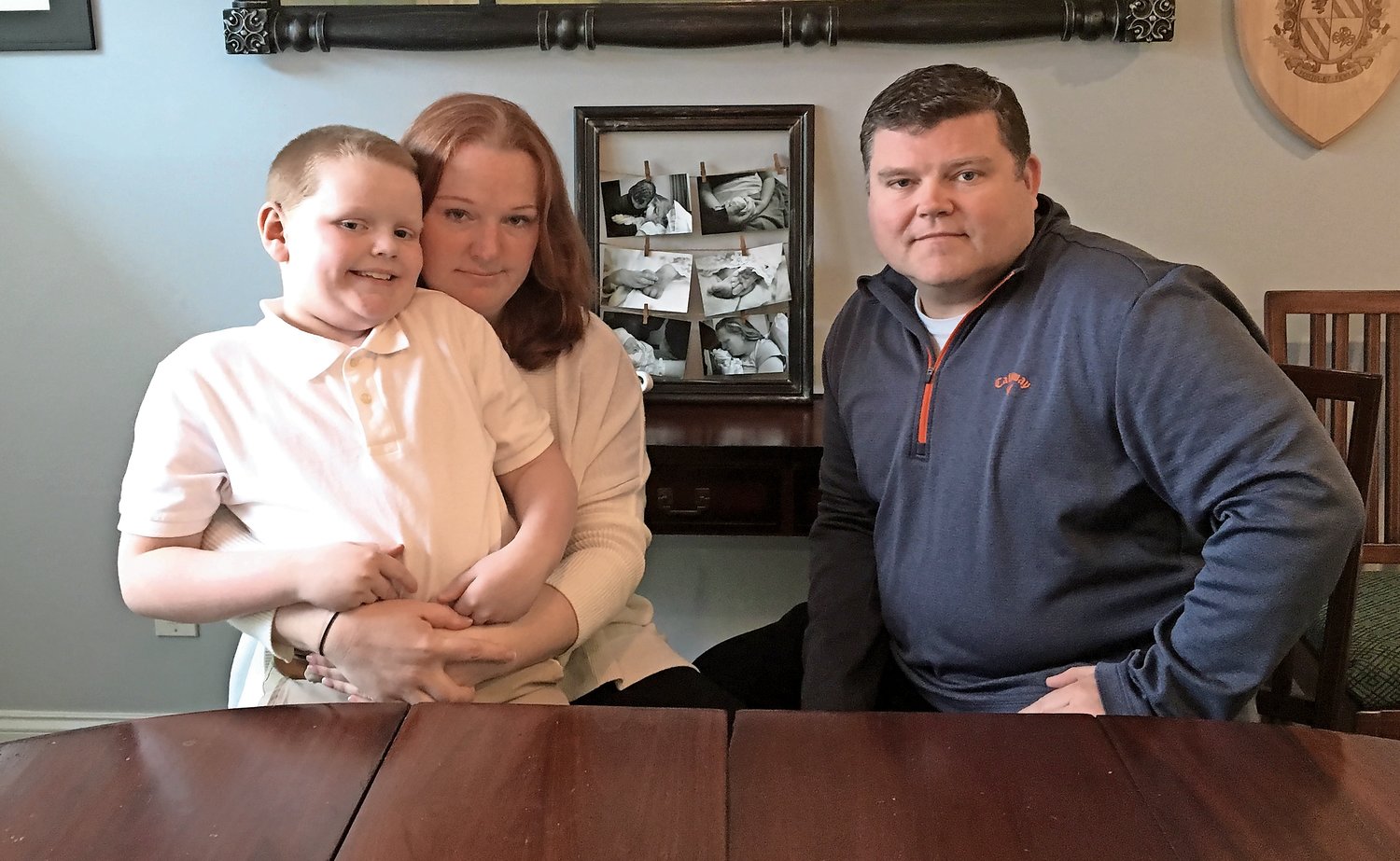 What: Run, walk and enjoy a day of food, games, raffles and awards all in support of the Star Legacy Foundation and loss families.

Two years ago, Maggie, of Oceanside, was 28 weeks pregnant when she sensed something was wrong. She couldn’t feel much movement, she said. She tried getting Emma to kick, and she did.

The next morning, she drove her 9-year-old son William to school. Maggie has secondary infertility, so William was “a blessing,” she said. After trying for five years to have another child, she became pregnant with Emma in fall of 2016.

When she returned home that morning, again, she couldn’t feel Emma’s kick. She laid down, was reassured when she felt some movement and waited for her sonogram appointment later that morning.

This time, there was no heartbeat. Maggie soon spent 36 hours in labor before delivering Emma as a stillborn at Long Island Jewish-Northwell Health hospital in New Hyde Park. She and her husband, Craig, asked the nurses what families typically do going forward, but the nurses didn’t know. She discovered an organization called Now I Lay Me Down to Sleep. When Emma was born, Maggie and Craig spent time holding her and members of the organization took photos for the Goodwin’s to keep. “I think it would have been even more devastating if we hadn’t had that opportunity,” Maggie said.

Maggie also discovered the Star Legacy Foundation, based in Minnesota, which provides support for still birth parents, raises awareness about loss families and advocates for legislation.

As it turned out, Maggie was not alone. More than 26,000 babies are delivered as stillborns annually in the United States, meaning that they died after 20 weeks of pregnancy, according to Star Legacy’s website. Stillbirth is far more common than Sudden Infant Death Syndrome, commonly known as SIDS, which takes 2,300 infants’ lives per year, according to the Center for Disease Control and Prevention.

“The reality of it is that it affects everybody,” Maggie said, noting that 1 in 4 pregnancies end in loss and 1 in 160 end in stillbirth. “SIDS is talked about a lot but they’re not anywhere near the numbers. No one talks about still birth, and that’s the biggest problem.”

Another family, the co-founders of Star Legacy’s New York Metro chapter, was not too far away for support. Rockville Centre resident Amanda Donohue and her husband, Mark, lost their daughter, Jane, on Feb. 20, 2015. Shocked and distraught, the couple searched for support groups for families with stillborns and found one in Westchester. After a fundraising event one day, the group decided to start their own chapter of the Star Legacy Foundation.

“When the initial shock wore off and we were left with just the grief, we couldn’t sit around and feel sad,” Amanda said. “We had to do what we could to try and help people so we could save even one pregnancy.”

At the time, the foundation did not have any chapters outside its home base in Minneapolis, Minn. With the efforts of the Donohue’s and their supporters from Westchester, they formed Star Legacy’s first chapter later that year.

Since then, 21 chapters have popped up across the country. Six more are on the way.

When Maggie experienced the same loss, she looked for support groups for William, who had spent months excitedly awaiting the arrival of his sister. “He would go to the doctor with us, he would see her heartbeat and her movements on the ultrasound screens, he would talk to her, read her books and just make plans,” she explained. “He made plans.”

While she didn’t find any support groups for siblings of still born children, she did find the place that would allow her to fight for more resources like these for other families. With Star Legacy, she is currently working with South Nassau Communities Hospital to create a support group for siblings of stillborns. Star Legacy has a peer companion program, so when Maggie registered, she received a call from Amanda. After the phone call, Maggie attended a “social” at the Donohue’s home, where loss parents casually get together to offer mutual support. Since then, Maggie has volunteered much of her time with Star Legacy educating doctors, raising public awareness and providing support to other families.

“I couldn’t take her home, you know?” she said, wiping tears. “I couldn’t. I had to leave her there. But I made a promise to her, and to me, that her little life would make a difference somehow. Star Legacy has allowed me to help other parents go through this.”

Too often, Maggie noted, doctors and nurses don’t know what to tell patients going through a stillbirth. Star Legacy visits health professionals at hospitals and attends conferences to educate about the options that families have after a loss, as well as the signs during a pregnancy that may indicate risk for stillbirth. Maggie and Amanda emphasized that many stillbirths are preventable. They participate in the “Count the Kicks” campaign to remind parents that even late in a pregnancy, their child should always move consistently.

In addition, Star Legacy advocates for legislation that would assist loss families in their time of need. When a child is born, families typically receive a tax credit that year. In many states, parents of stillborns do not, but have expenses as well. In part due to Star Legacy’s activism, State Sen. Shelley Mayer introduced a Senate bill that would change this in New York.

On May 4, Star Legacy’s NY Metro chapter will host its fourth annual festival to raise funds and awareness for the cause. The event also aims to educate the public of the reality of stillbirth – including the very real grief and support for families. “I lost my child,” Maggie said. “It doesn’t matter how much time she was here, it’s still gut-wrenching. It takes a piece of you away. There will always be a piece of me in heaven with her.”