Plastic bags to be banned in New York 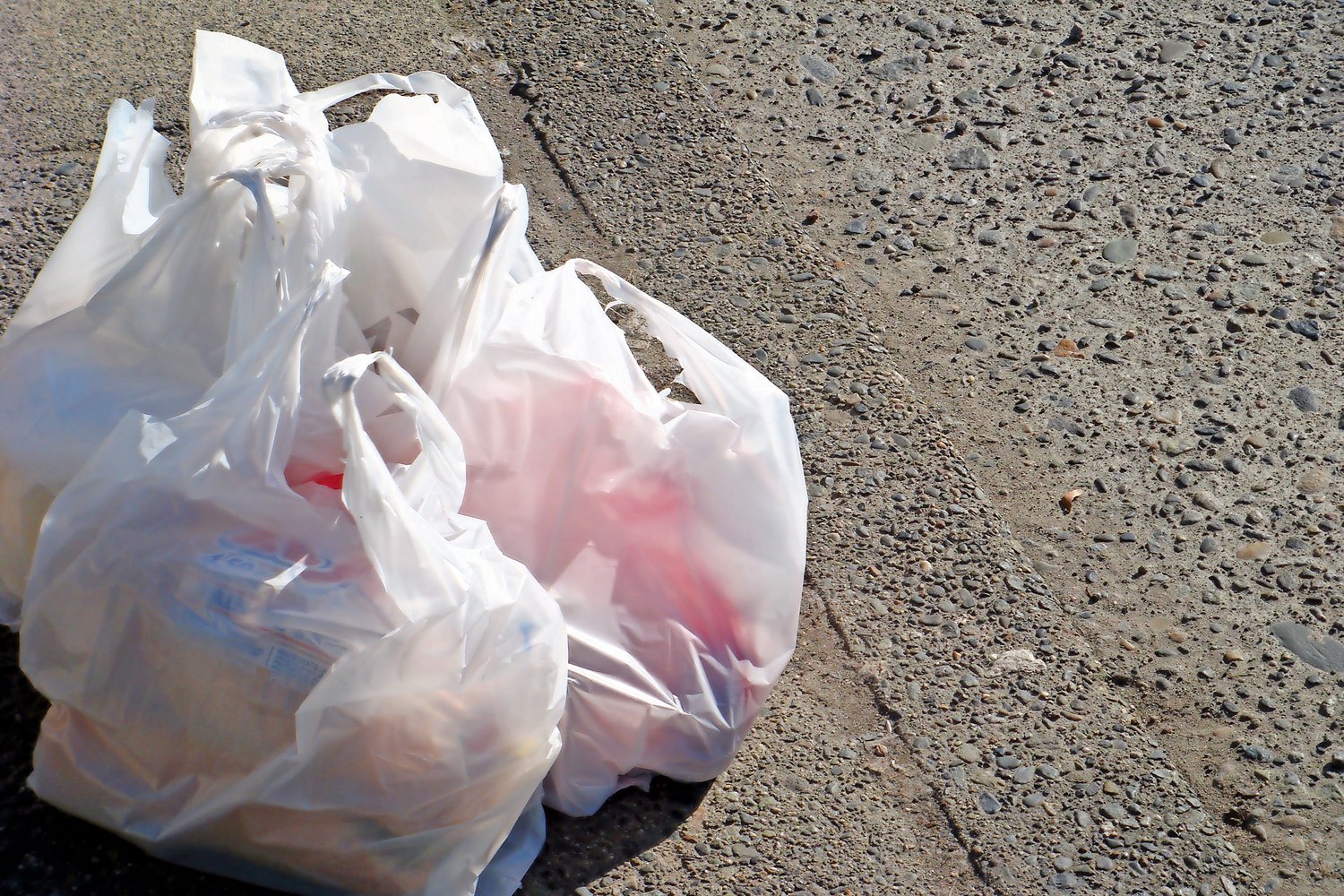 As part of the state budget passed over the weekend, plastic bags will be banned in New York retail stores.
Courtesy Flickr
By Anthony O'Reilly

Under an agreement reached as part of the state budget passed by lawmakers over the weekend, plastic bags will be banned in all New York retail stores starting in March 2020.
“You drive through urban areas in this state and you see plastic bags hanging from trees like some bizarre Christmas ornaments,” Gov. Andrew Cuomo told reporters on March 31. “You see in waterways all across this state, plastic bags.”
With the agreement, New York has become the second state to ban plastic bags (California was the first). State Sen. Todd Kaminsky, a Democrat from Long Beach who heads the Environmental Conservation Committee, sponsored the bill. “We will score a big win for our environment and our future,” he said in a social media post shortly before the budget was approved.
Under the plan, counties can opt to require a 5-cent fee on paper bags — 3 cents of which would go to the state’s Environmental Protection Fund, used to expand New York’s Forest Preserve and restore historic sites. The other two cents would go to counties to purchase and hand out reusable shopping bags to residents. A spokeswoman for Nassau County Executive Laura Curran did not respond to a call for comment on whether Nassau would seek a 5-cent fee on paper bags.
Some municipalities have already sought to decrease the use of plastic bags in stores. The City of Long Beach enforces a 5-cent surcharge, and Suffolk County also has a fee on plastic and paper bags.


Last March Sea Cliff officials passed a local law to regulate the use of plastic carry-out bags, making it the first village in Nassau County to do so. The law similarly allows merchants to impose a 5-cent fee on the customer for each plastic bag provided, but exempts dry-cleaning services, prescription items and liquor stores.
“I’m glad New York State is catching up with what Sea Cliff has already done in this area,” said Mayor Edward Lieberman, “and hopefully now they’ll [address] plastic straws, cutlery and Styrofoam on a statewide level.”
In November trustees approved legislation banning the use of single-use food packaging and plastic straws, coffee stirrers and cutlery in local eateries, continuing the village’s efforts to protect the environment.
In a statement, Assemblyman Michael Montesano, a Republican from Glen Head, referred to the state’s bag ban as “another sugar-coated backroom deal.” “I’m supportive of protect[ing] our environment; what I don’t support is another tax being enforced on New Yorkers,” he said. “If [state Democrats] really wanted to help the environment they should eliminate all plastic and also paper bags, requiring people to bring their own reusable bags. I also believe they will try to take advantage of the 5-cent per paper bag fee, as they are already planning to keep 2-cents to pad state coffers.”
The state budget also made the 2 percent property tax cap permanent, something the state Senate’s Long Island delegation advocated for leading up to the spending plan’s passage. The cap limits the yearly growth of taxes levied by local government and school districts to 2 percent or the rate of inflation, whichever is less, in an effort to keep places such as Nassau County affordable for homeowners. It was first passed in 2011 and was set to expire in 2020.
The budget also included the passage of congestion pricing, which charges drivers $11.50 to enter Midtown Manhattan’s central business district south of 60th Street. According to Newsday, the Long Island Rail Road could receive up to $4 billion over five years from money raised by congestion pricing, which would be used for capital improvements.
In a statement addressing the state budget, Sen. Jim Gaughran, a Democrat from Northport, said, “I am proud that this budget delivers for Long Island taxpayers. We made history with making the property tax cap permanent, delivering essential monies to local governments and investing in infrastructure, education and our environment. It’s a new day in Albany.”

Alyssa Seidman contributed to this story.
Report an inappropriate comment