Community comes together to raise money in his memory 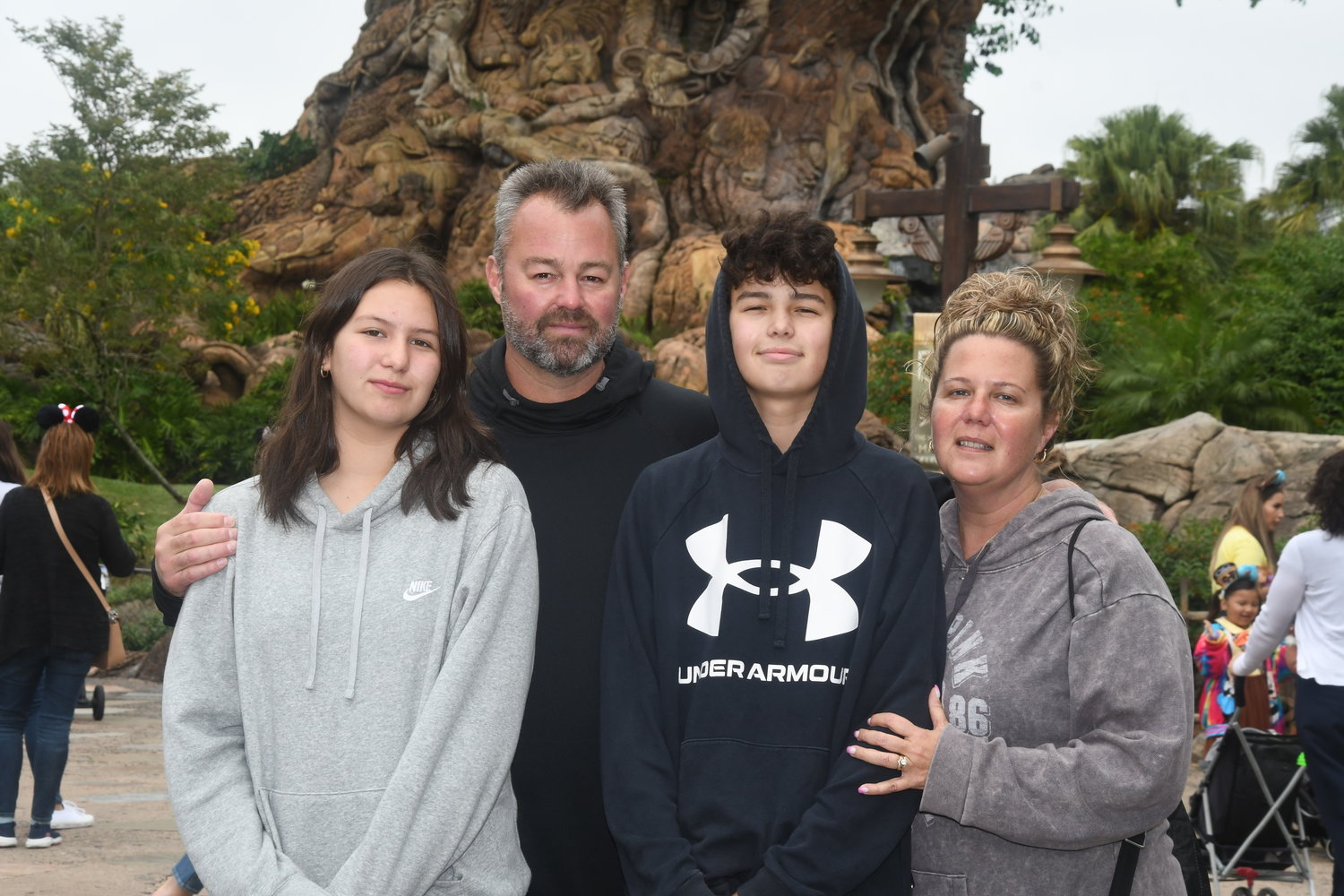 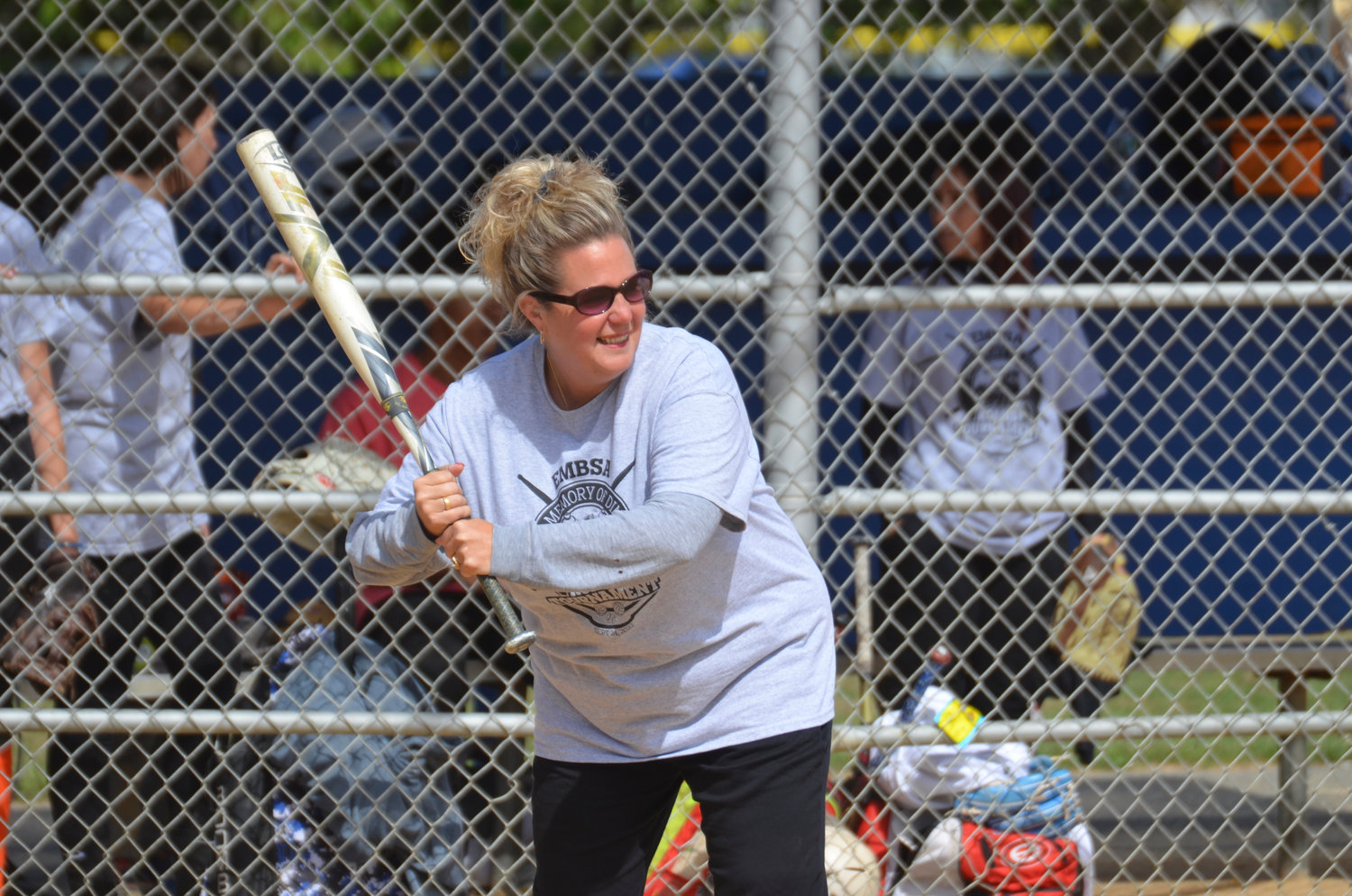 Rose Komis played softball last Saturday in memory of her husband, Dino. Nearly 200 people came out over the course of two days to play.
Tim Baker/ Herald
Previous Next
By Mallory Wilson

Dino Komis and the East Meadow baseball and softball complex were synonymous with one another.

Komis, a longtime coach and board member of the Baseball and Softball Association, died in June. He was 49.

Community members gathered at the baseball and softball complex last Friday and Saturday to play softball in his memory, and to raise money for Komis’s family.

“When Dino did something, he put his all into it,” Rose Komis said of her husband. “He put everything he had into it, especially his children.”

Dino was part of the Baseball and Softball Association for years, since his two children, Teddy, 14, and Nina, just shy of 13, played there growing up. He was a board member of the East Meadow Little League, served as vice president of the mini league and managed several teams over the years.

The two-day event featured 15 teams of roughly 12 players each. There were kids teams, adults teams, and mixed groups. Cornhole was set up on the side for people to play, and 50/50 raffles were sold.

Rose, 44, said the complex was Dino’s home away from home. A Local 137 sheet metal worker, he was always good with his hands and could be found at the complex working on anything that needed to be fixed.

People who worked with Dino at the complex said he was one of the hardest working people they had ever met.

“He would always step up and do whatever needed to be done,” Bob Powell, the field maintenance person for the complex said. “I knew if I called him, he would come down no matter what. He was just one of those guys.”

“There would always be a snide comment or sarcastic remark,” joked Steve LaSala, the commissioner of the EMBSA, “but he would do anything I asked him.”

LaSala said Dino would always bring his children with him when he worked on things on and off the field.

“We would get volunteers for Kiwanis to do the food basket runs, and he would bring the kids to show them,” LaSala said. “He always wanted them to see that everybody works. It was a perfect example of if I can do it, so can you.”

Aside from being an amazing husband and father, Rose never realized just how much responsibility he taught his kids.

No matter how late he worked, she said, he made it every game his kids had.

The T-shirts designed for the fundraising event featured drumsticks and a motorcycle.

Dino was an avid drummer, and was often seen pulling up to the fields on his Harley Davidson.

“Dino was a badass,” Rose said. “He was a big guy and people were scared of him, but he was the biggest teddy bear you ever met in your life.”

Dino and Rose were together for 24 years, and married almost 20.

Rose said that when a child was hurt while Dino was coaching it would break his heart. “He would be there,” she said, “ holding the child just making sure he was okay.”

“He was a big, strong guy, and his heart was even bigger,” Jim Mazzarella, the vice commissioner of the EMBSA said. “Him and Teddy would always come help figure out how to do something the easy way rather than the way I was going to do it.”

Instead of a funeral, which Rose said that Dino never wanted, they had a celebration of life ceremony for him on July 30 at the East Meadow American Legion Post 1082 hall, where lots of laughs were shared, according to Rose. On Saturday, Nina brought his ashes to the field.

“I asked her what she was doing because I thought it was a little weird,” Rose said. “But she said, ‘no mom, this is about dad, dad needs to be there.’ It was his second home, so now there’s a little bit of him there.”

Rose was honored to see everyone come out to play in honor of Dino. “It was great to see all the people supporting me and my kids and just being there for us,” she said. “It was beautiful.”

LaSala said that there was no better way to honor Dino, than with the game. “There’s no doubt, if it was anybody else, he would have been first in line to help organize something like this,” he said.

To help the Komis family, visit their GoFundMe page at TinyUrl.com/KomisFamily.