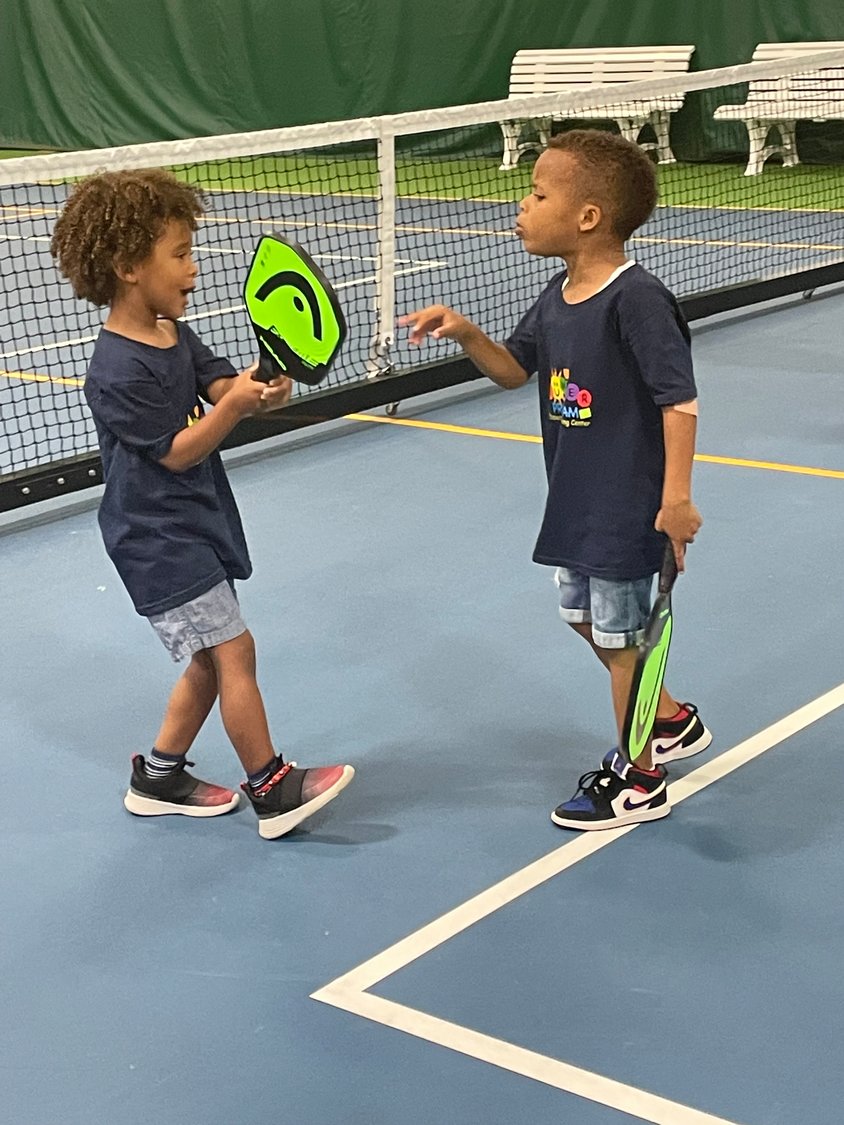 West Hempstead is now home to one of the only youth pickleball programs on Long Island.
Courtesy Dory Levinter 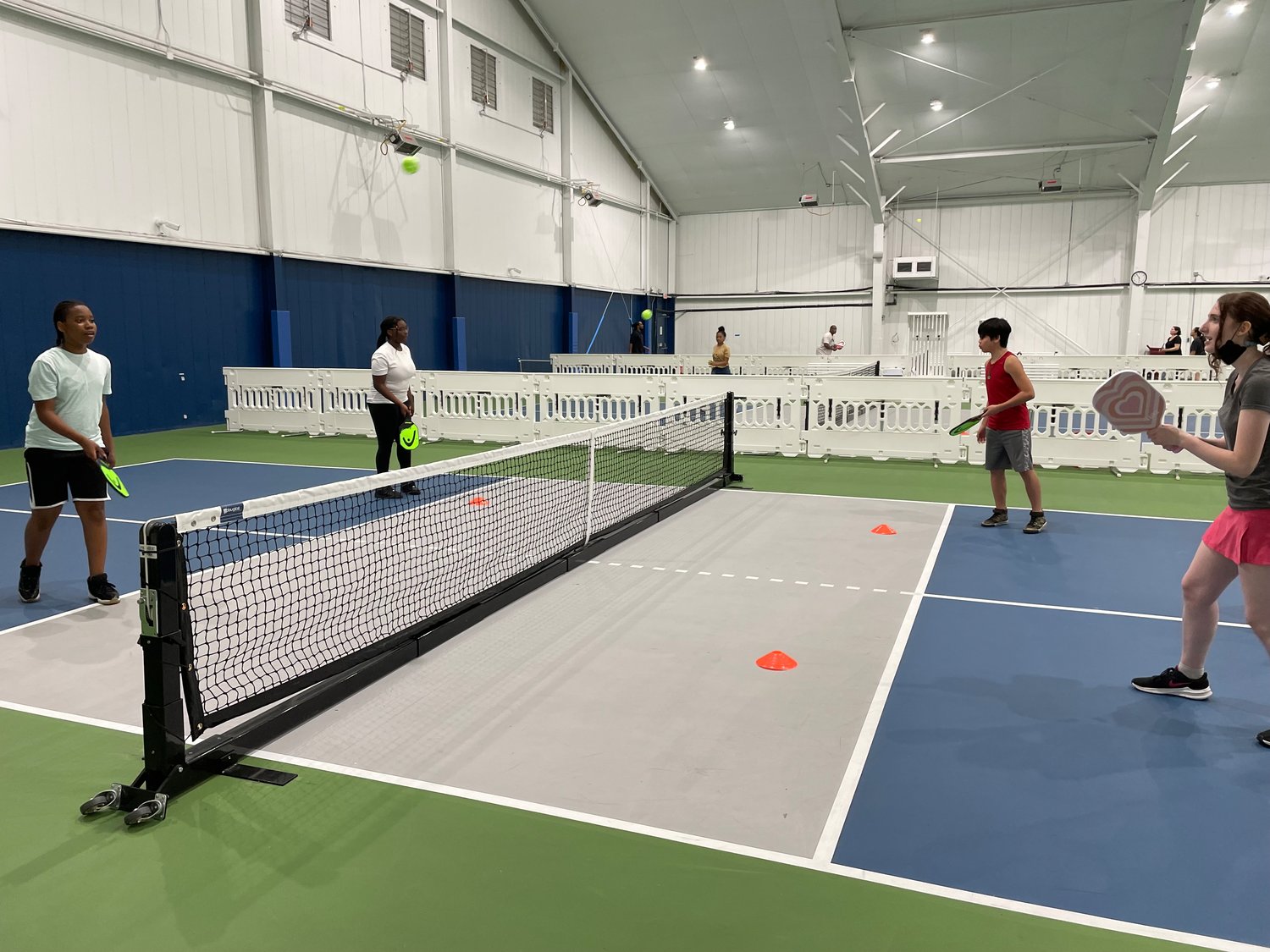 Though Pickleball Plus and participating summer camps originally planned on having programs for kids aged eight to ten, they’ve since developed programs for three to five year olds.
Courtesy Dory Levinter 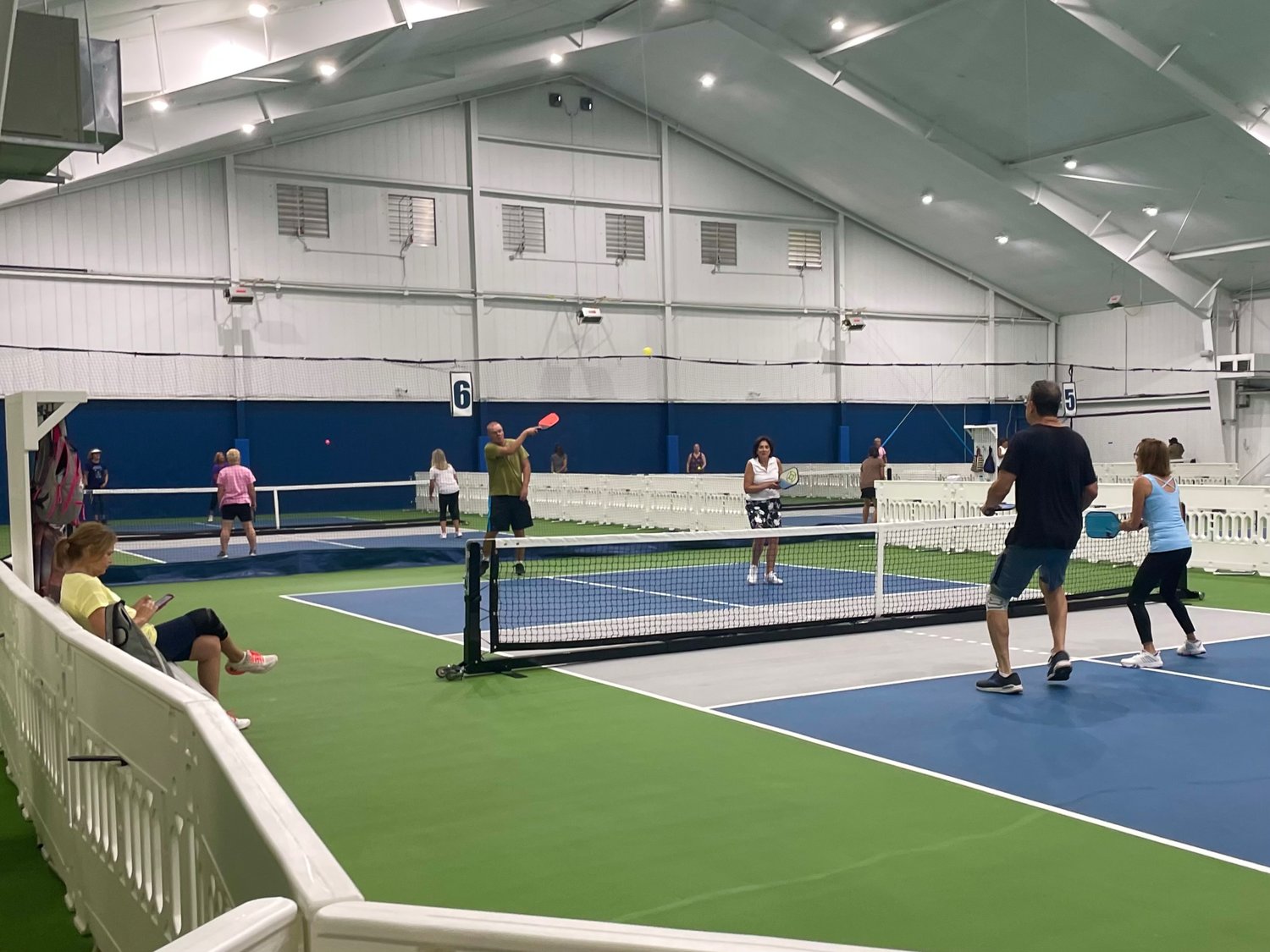 Seniors originally gravitated toward pickleball as it is less taxing than alternatives like tennis and lends itself to socializing.
Courtesy Dory Levinter
Previous Next
By Kyle Chin

People young and old in West Hempstead and surrounding communities have taken interest in a perhaps less widely known sport: pickleball. Pickleball Plus, first opened last October, often find their courts fully booked, a trend that has led them to construct an additional four courts and open up a number of programs for young people to enjoy.

Pickleball Plus took the place of a tennis facility that had previously occupied the building. According to manager Dory Levinter, the building had been left in a state of disrepair. “We have all new roof, courts, heating lighting, air conditioning, lobby, locker rooms, office, parking,” she explained. “Anything you can think of that could be transformed was transformed.”

“There used to be five tennis courts, and they had pickleball lines on one of them,” she said. “Now it’s one tennis court and all pickleball courts. So we kind of flipped the script, and it’s because of the demand of the people. The demand from our customers is really what’s pushing the business in the direction that it’s going in.”

By its nature, pickleball has been particularly attractive to older people who might find running back and forth on a larger tennis court difficult. “The older people picked up pickleball first, because it’s easier and more social,” Levinter said.

“Typically on a pickleball court it’s six people. Four people are playing and two are waiting their turn, so every 10 to 15 minutes we keep rotating. Which is nice for them. They play for two hours. It’s a long period of time, so they can keep rotating with each other.

Though the game may be more approachable, Levinter clarified that is no less active than sports like tennis. “I know people think that it’s a non-running sport because it’s a smaller court. But when pickleball is played correctly you get in as many or more steps than you do in a traditional tennis match because you’re moving and shifting back and forth.”

In recent months Levinter has noticed a marked increase in local interest in the sport beyond just older people. To meet these demands, Pickleball Plus is currently in the process of painting four new courts and expanding numerous programs to younger people.

“We started a small junior academy this summer. We have some camps that we’re working with to see if there was interest with the 17 and under age category. And it took off. PAL programs are starting now, they’re loving it.”

The participating camp has introduced pickleball even to its youngest members, “We thought that the children were going to be between the ages of eight and ten. A lot of their siblings were also registered for the camp and we didn’t want to turn them down, so there’s a second group of students that are between the ages of three and five,” explained Levinter.

Levinter sees picklball as something of an equalizer across ages. “They love it because it’s easy for them to do. I don’t have to say to them ‘well you’re on the little court, or you’re playing with the different balls.’ They’re doing the same exact thing that their siblings are doing. Nobody’s complaining and they’re seeing the adults on the same exact court doing the same thing. So they’re taking to it much quicker because there’s none of that resistance of ‘well you’re treating me different because I’m younger.’”

Pickleball has caught on among some young adults as well, with Billie Jean King Stadium having hosted a tournament in May. “Pickleball took over that arena for two weeks,” Levinter recalled. “Some of the participants came here to warm up and use our courts. They were young adults, and they were amazing, and they were addicted and they travel the country looking for these different unique pickleball tournaments all over.”

“We’ve had some fundraisers,” she further explained. “We have a couple more coming up with some local temples and churches and youth groups that are coming in and looking at different ways of fundraising. All of the local libraries have now contacted us and have said ‘hey can you do a teen program?’”

Pickleball plus has also seen players with a diversity of backgrounds, making special accommodations for community servants. “For the summer we put out a special thing for teachers where they have their own league where teachers get to meet other teachers,” said Levinter.

“We also started a law enforcement league where police officers, firefighters, and things of that nature can come in and unwind and do their own thing. The teachers and law enforcement all get a nice discount because we really appreciate their services,” she said.

With the facility’s new courts set to open in the coming weeks, the Pickleball Plus staff plan on holding a free-play event to celebrate the new additions and introduce more people to the growing sport.