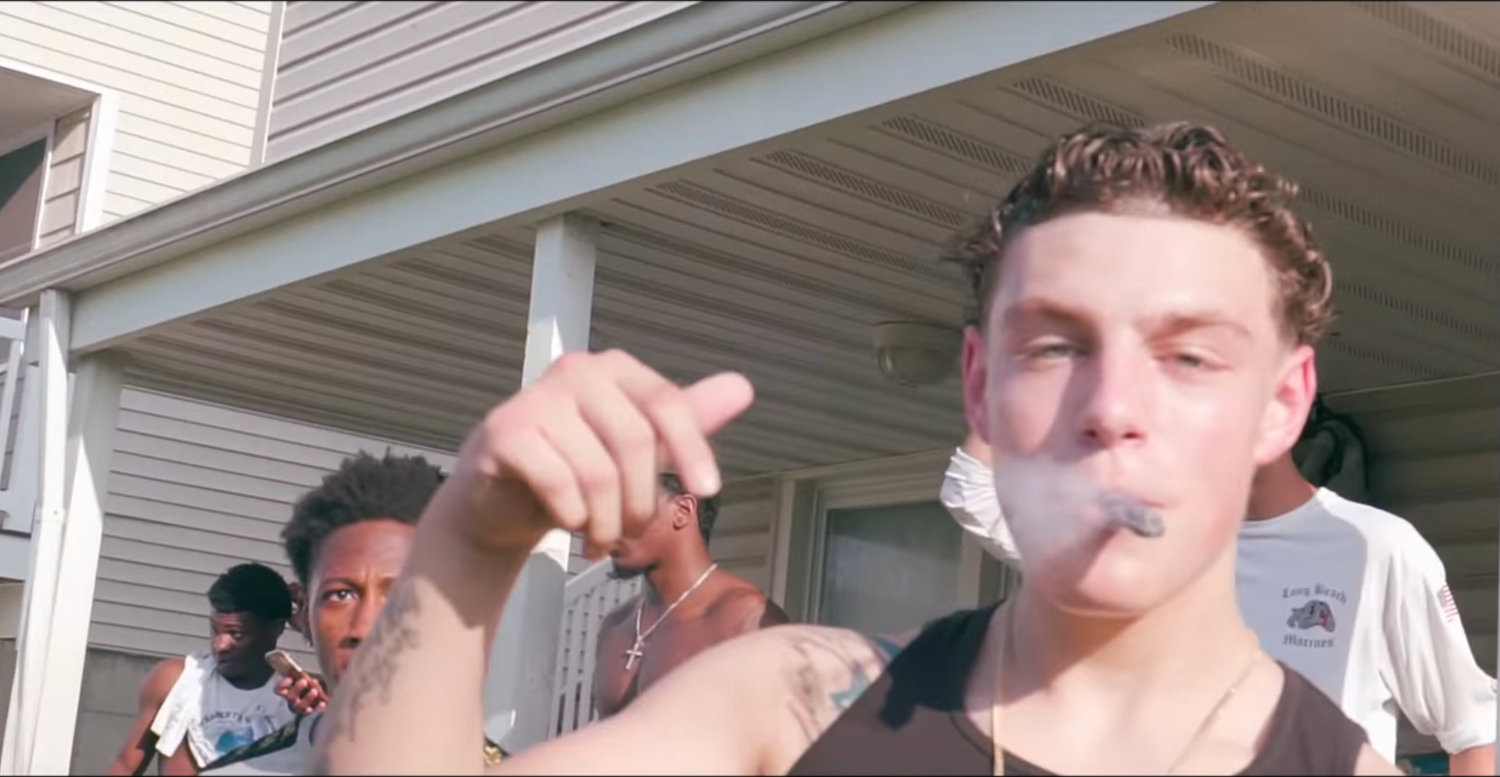 Tyler Flach, pictured in a rap video released in August that was shot in Long Beach, was charged with assault for allegedly beating a 15-year-old in Island Park in April.
YouTube 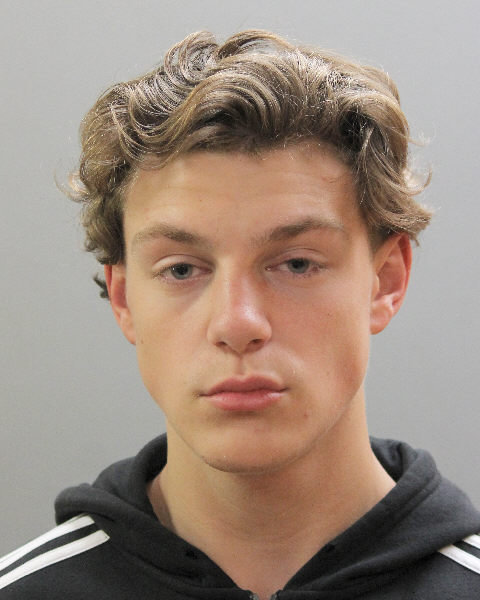 The Lido Beach man charged in the killing of 16-year-old Khaseen Morris was arrested months before the attack for severely beating a teen in Island Park.

Nassau County police said Tyler Flach, 18, stabbed Morris, an Oceanside High School student, to death during a fight outside a strip mall on Brower Avenue Sept. 16.
But in a separate incident, Flach was charged with third-degree assault with intent to cause physical injury and endangering the welfare of a child on May 23 for an altercation that occurred on Kildare Road in Island Park.

According to the criminal complaint, obtained by the Herald, Flach allegedly confronted a 15-year-old male at 8:15 p.m. on April 18 and punched him multiple times “with a closed fist and continued punching him as he fell to the ground causing the victim substantial physical pain, a black left eye, swollen right side of the mouth with cuts on the right cheek, and cuts on the left and right knee.”

Nassau Police Commissioner Patrick Ryder said at a news conference that that assault was part of an alleged road rage incident. A spokesman for District Attorney Madeline Singas said the case is still pending, and further details were not available. Flach was also recently arrested for criminal possession of a controlled substance earlier this month.

According to multiple sources who are familiar with Flach, including local police, Long Beach High School faculty and former classmates — all of whom declined to be identified — he was known for getting into trouble in and out of school. Long Beach and Nassau police had responded to a number of disputes and incidents involving Flach, police sources said.

“He was getting into fights all the time,” said a friend and former LBHS classmate who declined to be identified.

Flach, who attended the Nike Alternative High School as a senior, had also been known for bullying other students, three former classmates said. “He was, like, mad reckless — he was always committing violence and bullying kids,” said Flach’s friend, who was not involved in the Sept. 16 incident. “Eventually, he started changing when he went to Nike — he started losing weight and started working out a lot. He was still doing stupid [expletive] but was getting on the right track.”

Flach’s attorney, Edward Sapone, did not return a request for comment. He told Newsday that Flach lives with his mother in Lido Beach — his parents are divorced — and comes from a “solid, hard-working family.” He added that his client’s record does not tell the whole story. Flach was taking business and studio recording classes at Nassau Community College, his friend said, and was trying to launch a rap career and recently made efforts to turn his life around.

But others said that Flach was still a problem teen. “Tyler Flach was in my … class in my first semester at NCC,” Richard Tarangelo wrote on Twitter after the arrest. “He was the exact type of person you would think he is. His existence has only tormented others and now he has taken the life of a 16-year-old.”

Flach was in a rap video that was posted on YouTube last month under the name BabyTy called “When the Trap Call,” which was shot in parts of the North Park area, near the Long Beach MLK Center and on Pine Street. It features Flach performing backed by a large group of teens and young adults.

Police, however, said that Flach lives on Greenway Road in Lido. “He’s an upper-middle-class, bottle-fed brat,” another former high school classmate said of Flach. “He got himself into trouble for literally no reason and all it gained him was attention and more problems.”

“I’m pretty sure he was just trying to [represent] what he was rapping about and surrounding himself with those people,” Flach’s friend added. “Ever since he started doing music, people wanted to chill with him; when he started doing music and having parties everyone wanted to be his friend and be in the videos. He has a really nice home in Lido Beach and was always having parties all the time."

Lt. Stephen Fitzpatrick, commanding officer of the NCPD's Homicide Squad, said at a news conference on Sept. 19 that the dispute between Flach and Morris was over a girl who had recently broken up with one of Flach's friends two weeks prior to the altercation.

Fitzpatrick said that Morris and the girl were friends and that the girl’s ex-boyfriend, who was not identified, may have been jealous. Fitzpatrick added that Flach and his friends went to the strip mall to fight Morris. Flach, he said, took it to the “next level” and stabbed him. Video of the brawl went viral on social media.

Fitzpatrick added that police were searching for as many as seven other people involved in the incident, and sources told the Herald that some of the other teens involved in the attack are from Long Beach.

Flach's friend said that there are other videos of the incident on social media that sparked even more chatter about Flach.

"Some people are saying he didn’t do it, and some of us feel bad about what he did and made that decision when things were going so good,” the friend said.

Fitzpatrick has said police are certain that Flach, who pleaded not guilty to second-degree murder, was the only person who committed the stabbing.