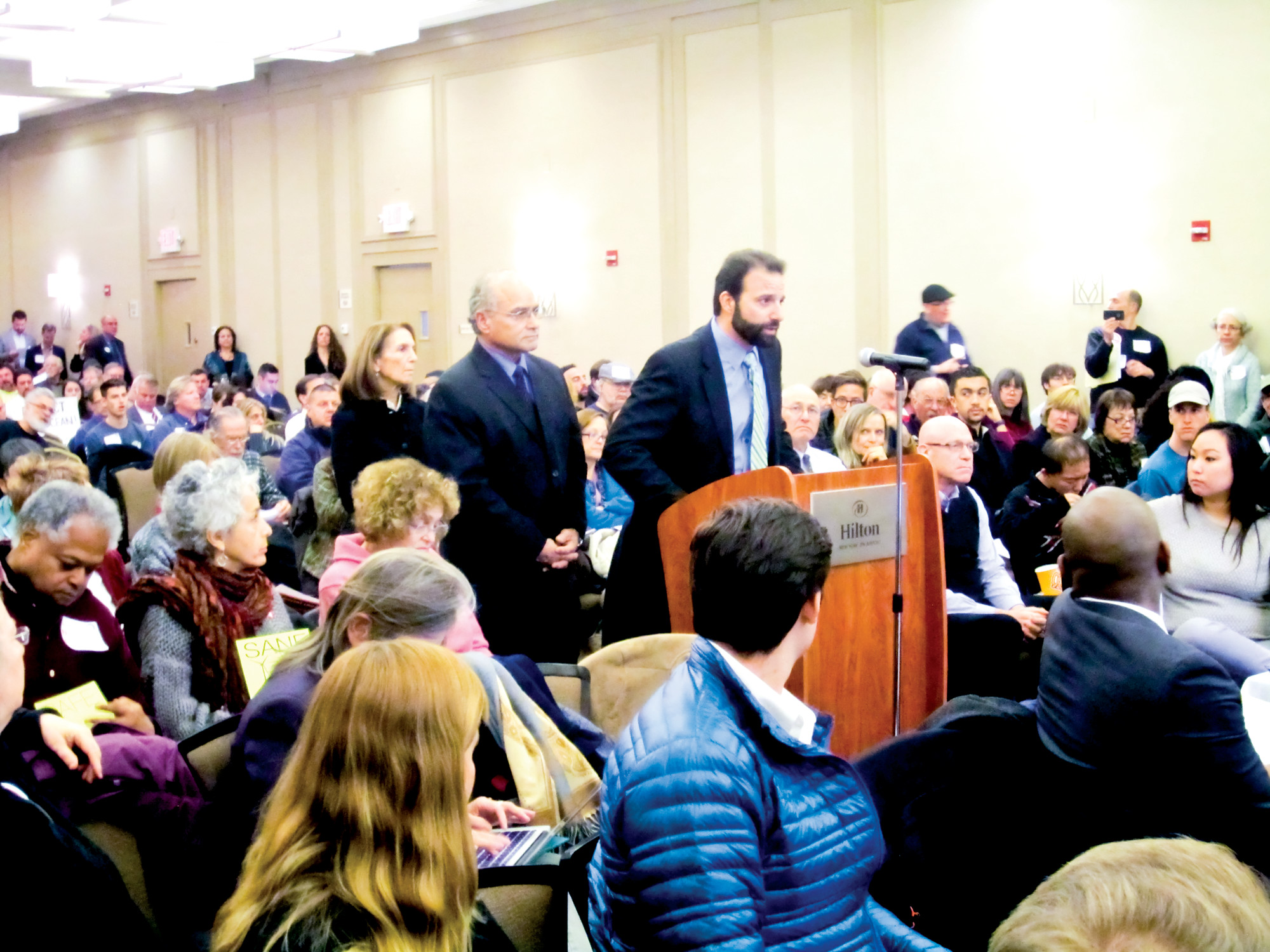 The federal regulators responsible for making a determination on the controversial plan to build a liquefied natural gas import facility 19 miles off the coast of Jones Beach have suspended the federal license application process.

In a March 17 letter posted online a week later, the U.S. Coast Guard and the Federal Maritime Administration announced that under the law, they had only 21 more days to hold the last public hearings on Port Ambrose, the facility proposed by Liberty Natural Gas LLC. But now those agencies have said they will be unable to do so by then, and have “stopped the clock” on the project.

Liberty Natural Gas needs federal and state approval to build the terminal, but many environmental groups, along with Long Beach city officials and state legislators, have voiced their opposition to the proposed facility. The public comment period for the project, usually only 45 days, was extended to 90, and ended on March 16 — day 219 of the 240-day period in which public hearings must be concluded, according to federal law, the letter stated.

“This is fantastic, especially because part of what caused the delay is the massive public response,” said Clare Donohue, program director for the Sane Energy Project, an environmental group that opposes Port Ambrose. She added that with the timeline suspended indefinitely, the final decision might be pushed back to the height of beach season, creating an opportunity for her organization to further engage the public.

Federal officials noted in the letter that more than 10,000 public comments had been received since the hearing process began last December, and they need more time to review them. The Long Beach City Council recently circulated its own petition, collecting more than 1,000 signatures of those opposed to the project and calling on Gov. Andrew Cuomo to take action against it.

“I’m quite happy there was such an outcry of public opposition,” said Councilman Anthony Eramo. “Stopping the clock allows the opposition to build up steam and reach even more people.”