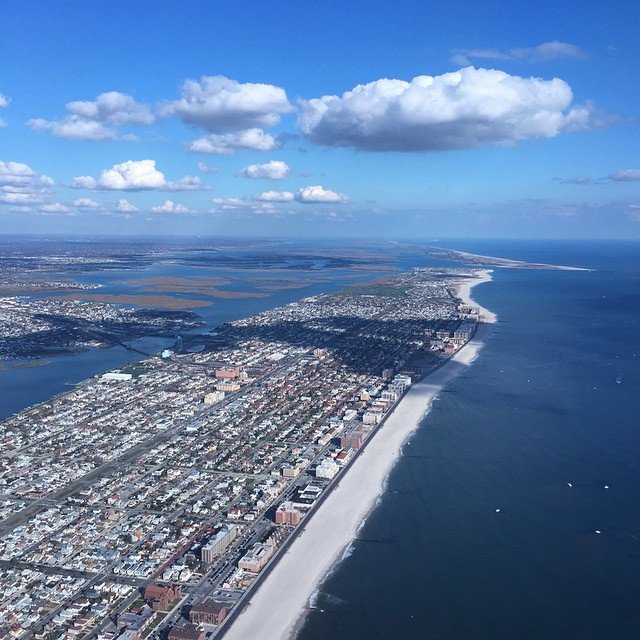 The Federal Reserve, in its campaign to tamp down inflation, has raised interest rates three times this year. Last month, it increased rates another 0.75 percent, to a range of 3 percent to 3.25 percent. Fed officials also released projections showing that they expect rates to be as high as 4.4 percent by the end of the year.

“We have got to get inflation behind us,” Federal Reserve Chairman Jerome H. Powell said in a statement. “I wish there were a painless way to do that. There isn’t.”

Long Beach’s real estate market, which was booming before the Fed’s actions, has slowed, brokers told the Herald earlier this week. “The rate of transaction has slowed,” said David Kasner, of Coldwell Banker. He and other brokers in the city say that home prices have come down between 5 percent and 10 percent in recent months. But a three-bedroom, two-bath house will still cost around $670,000.

Multi-Listing Service shows houses in Long Beach ranging from $400,000-plus to more than $1 million.

Interest rates on a 30-year fixed mortgage, with a 20 percent down payment, would likely be 5¾ percent to 6 percent. Under a year ago, typical rates were between 2 and 3 percent.

Housing inventory in Long Beach remains low, with as few as 6o to 100 homes on the market, brokers said. So prices, although lower, remain competitive with others in the metropolitan area.

One broker, Joyce Coletti, said she had noted a dramatic difference in the number of houses for sale since the Fed began hiking rates. “I’m a listing agent and I have no listings,” Coletti said. “They’re all gone. I have no houses for sale.”

Brokers report that the long lines of people at agents’ open houses have disappeared. Leah Tozer, of Daniel Gale Sotheby’s, noted that the market is uncharacteristically quiet for this time of year.  “But qualified buyers are still out there,” she said. “What they may be able to afford could be different” because of higher mortgage rates. “The market has softened.”

In the recent past, Barbara Mullaney, of Berkshire Hathaway Laffey, explained, “We had lots of buyers, because interest rates were low. But now the buyers are less.” Mullaney added, however, that sellers still have the upper hand, because inventory is so low and people want to be in Long Beach, with its proximity to the Atlantic Ocean, a good school district and the tony restaurants and bars of the lively West End.

Kasner said that mortgage interest rates of 2 to 3 percent were “not sustainable,” and that an increase had been a near certainty. “The fact that the rates were at that level for so long, we got used to them,” he said. Now, he added, buyers will have to adjust to a new reality.

The city’s housing market began cooling in the winter of 2020, when the coronavirus pandemic took hold in the region. But the slowdown accelerated once interest rates began rising.

Even Russia’s war on Ukraine is having an indirect impact, Kasner said. Gas prices are rising again, and prices at supermarkets remain high.

Miriam Gold, of Paul Gold Real Estate, has been in the business for 59 years. Sellers are losing buying power, but she and other brokers said they expect prospective buyers to become accustomed to higher interest rates and the market to pick up, perhaps in 18 months to two years.

“You also have the beach here. I’m up on Long Beach.”