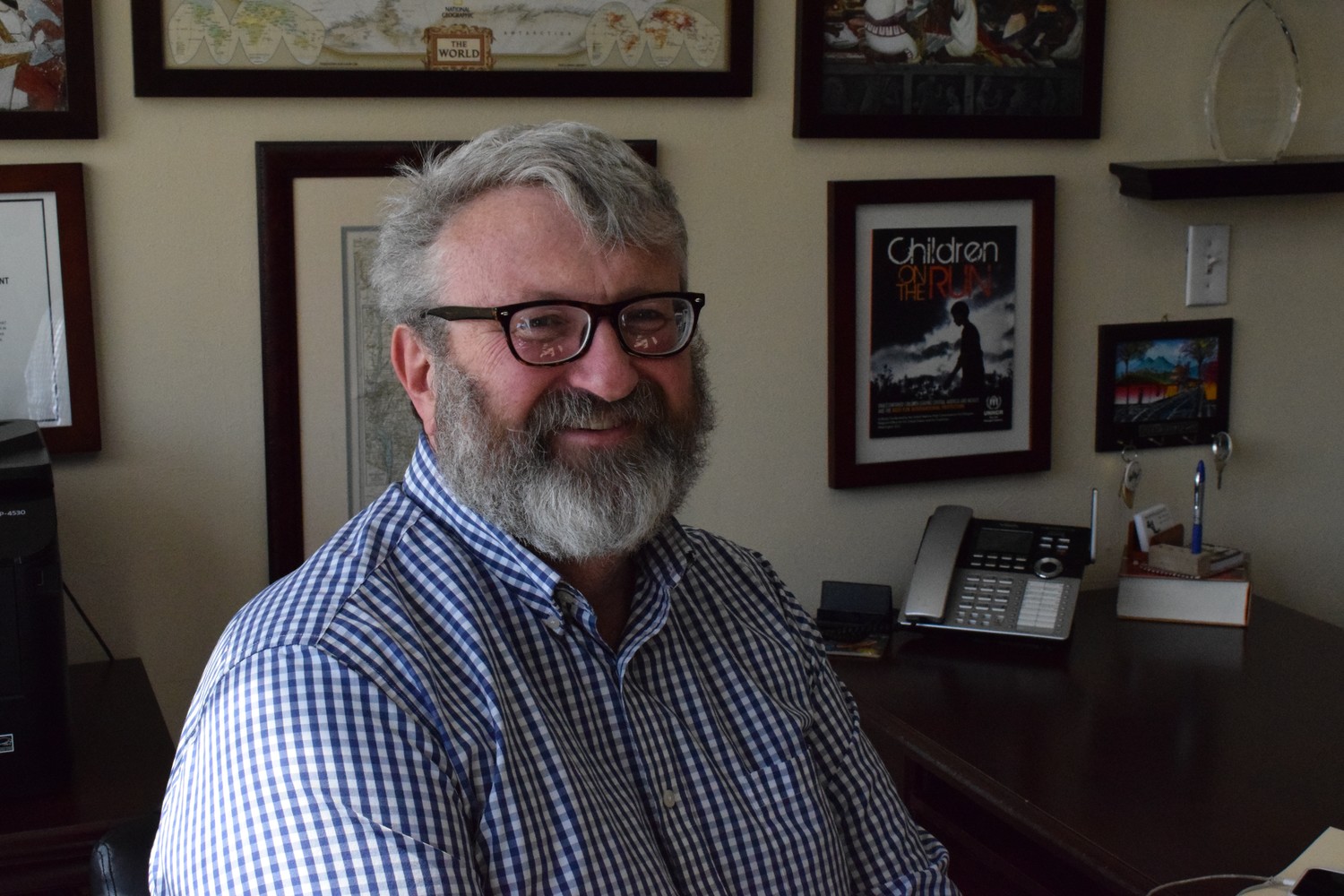 Attorney Patrick Young, program director for the Central American Refugee Center in Hempstead, said that the Trump administration appears willing to “do anything” to end the Temporary Protected Status program.
Herald file photo 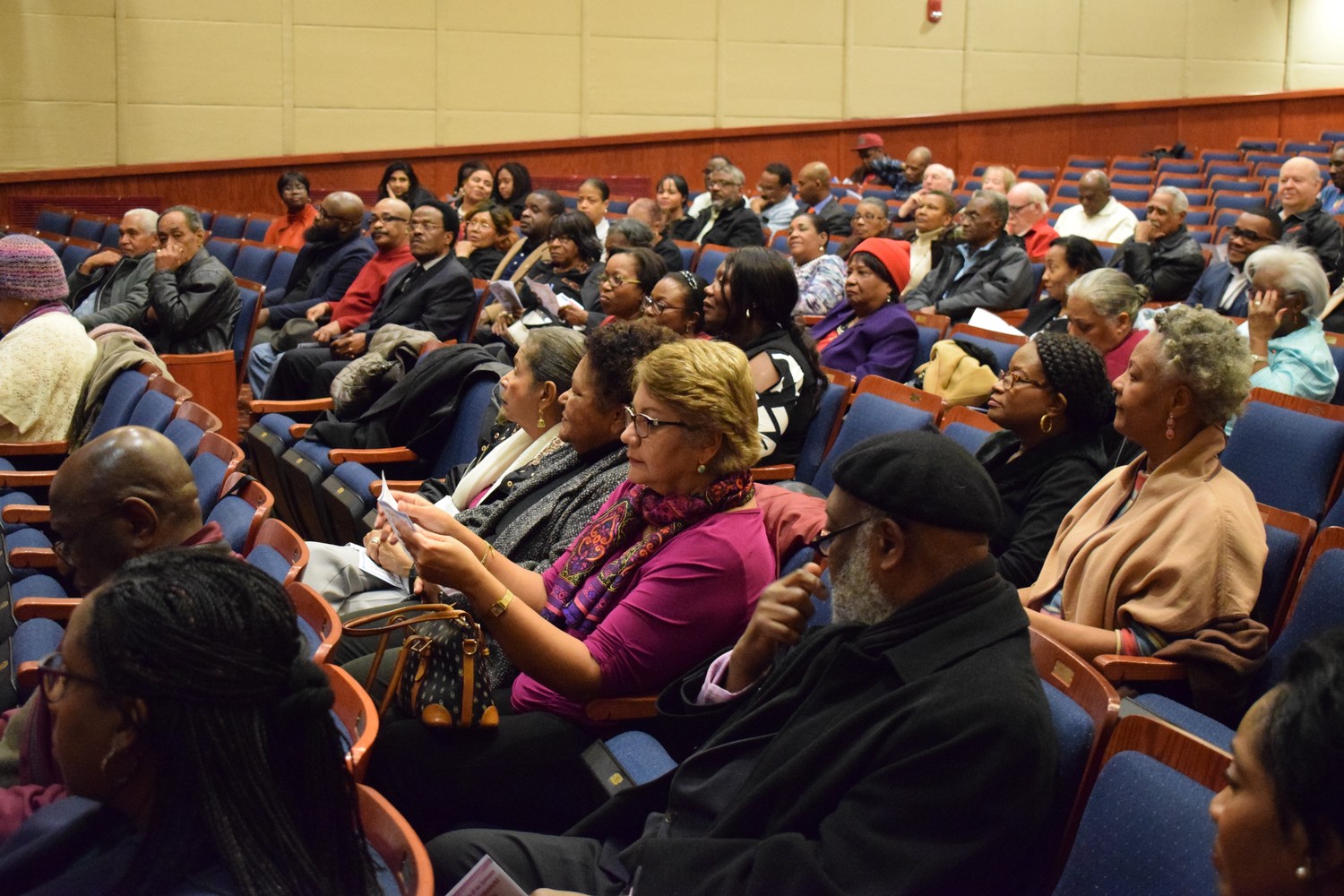 Nassau County residents gathered at the Elmont Memorial Library in February to discuss ways to help Haiti. A recent Department of Homeland Security report, the details of which were obtained through a Freedom of Information request, spoke of persistent hunger and poverty in the Caribbean nation.
Ronny Reyes/Herald
Previous Next

The government needs to acknowledge the conditions in Haiti and grant a [TPS] extension.”
Michaelle Solages New York state assemblywoman
By Ronny Reyes

Stephane Casseus was all of 11 years old when the earth suddenly shook and split in Port-au-Prince, Haiti, the nation’s capital, on Jan. 12, 2010.
“I was just a kid when the earthquake hit,” Casseus, now 20 and living in Elmont, said. The disaster of monumental proportions left him confused and wondering what had happened, he said.
The magnitude-7 earthquake and aftershocks decimated Haiti, killing roughly 200,000 people and displacing more than a million Haitians from their homes, according to the Disaster and Emergency Committee, an international aid group.
Casseus’s family fled the Caribbean island nation, eventually settling in Elmont, which has one of the largest Haitian communities in the country. Along with 1,400 other Haitians living in Nassau County, Casseus received Temporary Protected Status, which allowed him to study and work here and become part of the community.


Now he has a driver’s license, works part-time as a personal trainer, volunteers for State Assemblywoman Michaelle Solages and attends Nassau County Community College, where he studies business management in the hope of opening his own gym in the future.
A recent decision by the Trump administration and the Department of Homeland Security to rescind TPS for Haitians, Salvadorans, Guatemalans and Nicaraguans is putting Casseus’s future in jeopardy, however.
A DHS news release recently stated that Haiti had improved since the 2010 earthquake, and the extreme conditions that caused the mass migration of Haitians to the U.S. no longer existed. DHS cited an internal investigation as justification to revoke Haitians’ status.
Recently released documents obtained by the nonprofit National Lawyers Guild through the Freedom of Information Act, however, revealed that the DHS report actually spelled out Haiti’s pervasive problems of hunger, homelessness and social unrest caused by natural disasters, political upheaval and violence, weak and destroyed infrastructure, and a badly battered economy.

Reality on the ground
Last November, Francis Cissna, director of U.S. Citizenship and Immigration Services, wrote to DHS, stating that Haiti had made “significant progress in recovering from the 2010 earthquake, and no longer continues to meet the conditions for [TPS] designation.”
Cissna ex-plained that Haiti’s successful presidential election in 2017, reconstruction efforts, and drops in cholera outbreaks and homeless camps marked major improvements in the country. The memo argued that some 5 million Haitians remained food-insecure and hungry because of Hurricane Matthew, a Category 5 monster that struck in October 2016, rather than the 2010 earthquake. Thus, Cissna said, the quake should no longer serve as justification to continue TPS for Haitians.
“That’s not really how it’s supposed to work,” said Patrick Young, program director for the Hempstead-based Central American Refugee Center. “It’s disingenuous to end the program without looking at what’s going on right now.”
Young, who advocated for TPS in the 1990s, said that previous administrations understood that the status should remain in place until conditions on the ground truly improved. Young explained that the DHS report, despite claims to the contrary, clearly outlined why, precisely, Haitians living in the U.S. should continue to receive TPS.
The report cited several studies by the United Nations and humanitarian groups that found nearly half of Haiti’s population of nearly 11 million struggled with hunger. The country continues to contend with annual spikes in cholera. Reconstruction is slow. And the World Bank forecasts that Haiti’s gross domestic product is growing by less than 1 percent per year, with little outside help from donor nations and private investors.
“Where is all the money we promised Haiti?” U.S. Rep. Gregory Meeks, a Democrat from Queens, asked at a “Haiti is Beautiful” event at the Elmont Memorial Library in February. “Those millions of dollars need to be accounted for.”
The money that Haiti has received has come from smaller nonprofits like Mission of Hope, which uses local contractors to help rebuild homes. A number of foreign governments set up their own aid programs in Haiti, rather than donate directly to the government because of its volatility before the 2017 election. The DHS report noted that half of Haiti’s government offices in Port-au-Prince remained in shambles because of the earthquake.

‘Visible disdain’
Assemblywoman Solages, a Democrat from Valley Stream, who co-hosted the “Haiti is Beautiful” event, said the Trump administration’s “visible disdain” for Haitians, as demonstrated by the president’s derogatory remarks earlier this year, angered her.
“The government needs to acknowledge the conditions in Haiti and grant a [TPS] extension,” Solages said.
El Salvador is similar to Haiti, in that little has improved on the ground there, Young said. Yet Salvadorans living in the U.S. have lost TPS as well.
El Salvador has largely rebuilt after a magnitude-7.6 earthquake struck there in 2001. The country is, however, plagued by gang violence resulting from Central America’s drug wars. And the World Bank says the country’s GDP is growing by less than 2 percent a year, the lowest level in Central America.
“There is no way to earn a living in El Salvador,” said Carmen, a TPS recipient living in Oyster Bay, who asked that only her first name be used. “Going back there is like going back to hell ourselves. There is so much crime and poverty. They’re not prepared for us. There is no education, health or security.”
Miguel, a former Nassau resident and business owner who now lives in Honduras as he continues to apply for TPS, said the situation is equally dire in Honduras. He, too, asked that only his first name be used.
A 2017 report by Human Rights Watch said that Honduras was marred by crime, corruption and violence toward political and social activists. While DHS extended TPS for Hondurans for five months, it’s unlikely that will happen again, Young said.
“It shows that the Trump administration will do anything to end the program, including ignoring the facts,” he said.
The NAACP filed suit against the federal government in January, claiming that the decision to end TPS “reflects an egregious departure from the TPS statute’s requirements and an intent to discriminate on the basis of race and/or ethnicity.”
Solages will join protesters from across New York for a Haitian Unity Day rally in Albany on May 7 to celebrate Haitian culture and to call on the Trump administration to reinstate TPS for Haitians living legally in the U.S.
Report an inappropriate comment