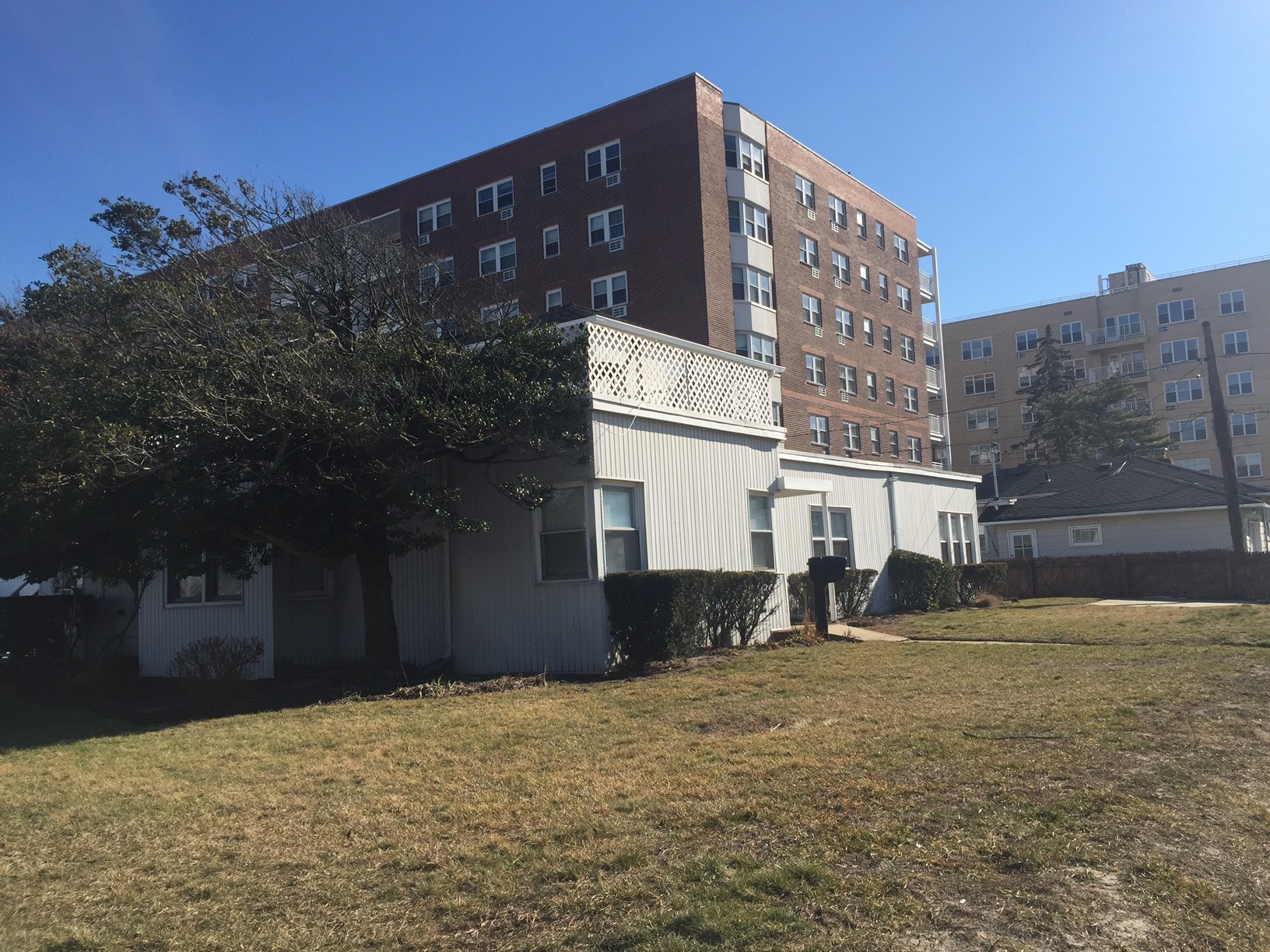 A developer is seeking variances to build a five-story condo at 70 Roosevelt Blvd. 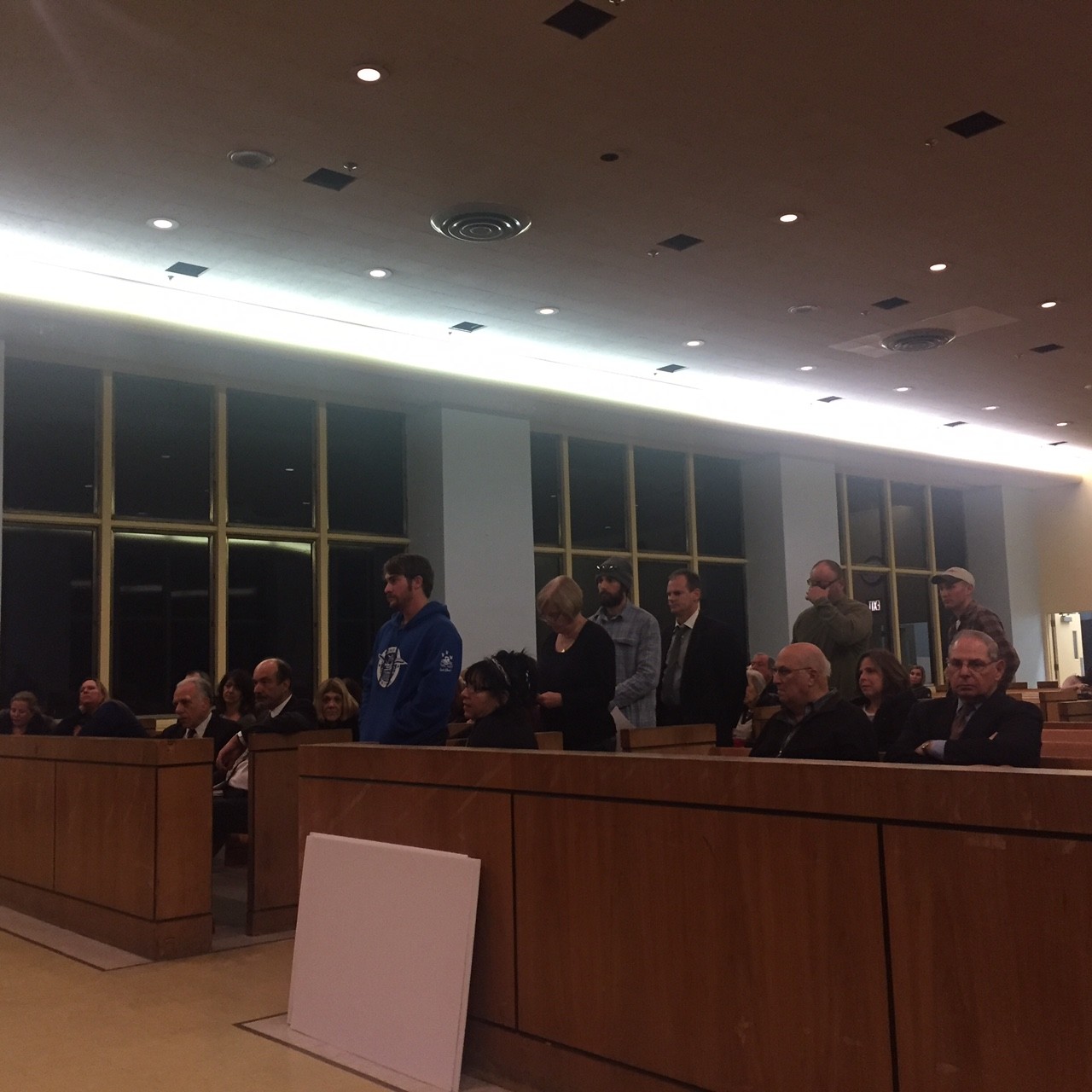 Residents, most of whom spoke against the application, waited hours to be heard at last week’s meeting.
Photos by Anthony Rifilato/Herald 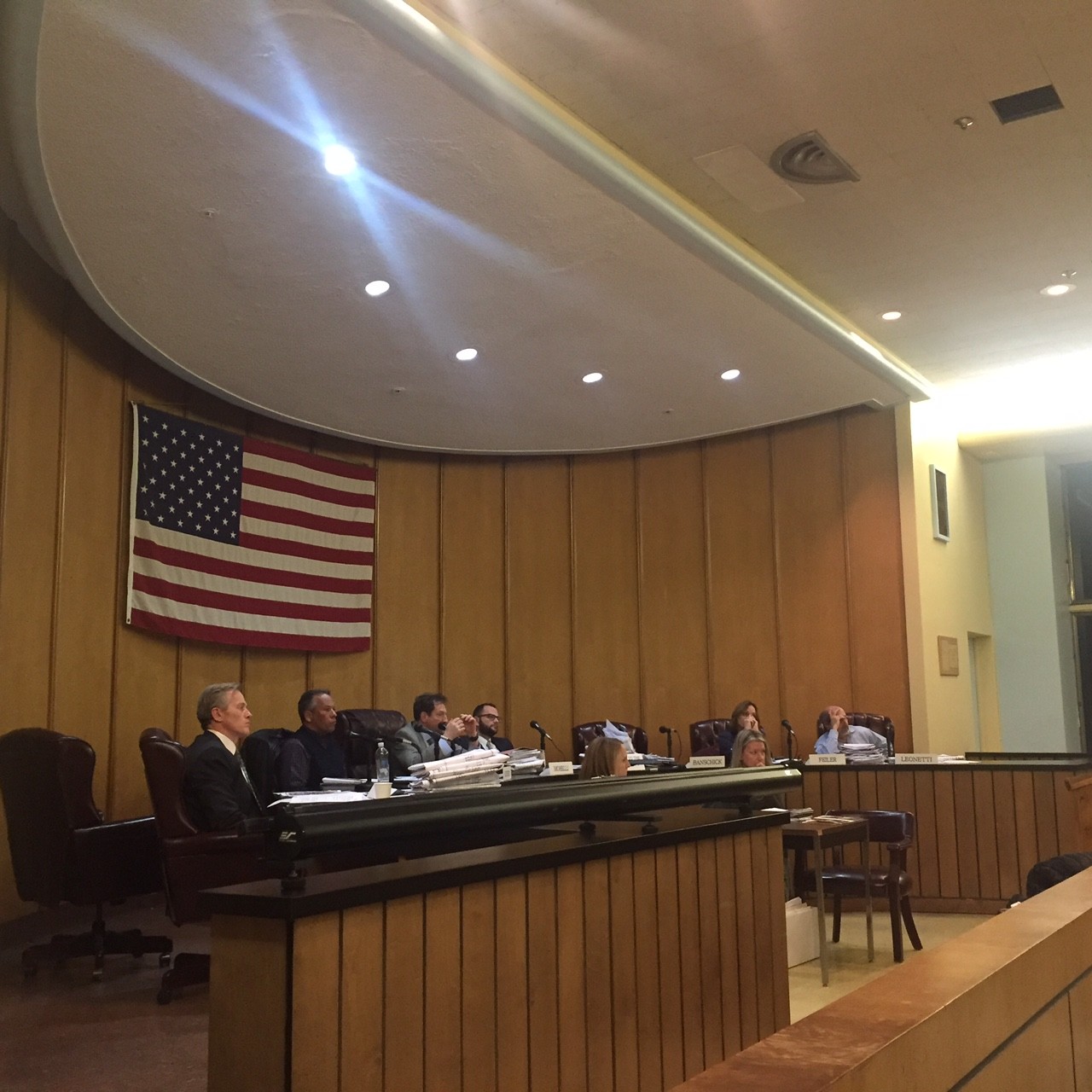 The zoning board is expected to make a decision at next month’s meeting.
By Anthony Rifilato

Residents opposed to a proposed five-story condominium building on Roosevelt Boulevard had to wait several hours to be heard at last week’s Zoning Board of Appeals meeting, where more than 60 people who live near the property urged the board to reject a developer’s request for five variances.

A request by Summit Development & Management Corp. for height, front and side-yard variances to develop the property at 70 Roosevelt Blvd., at the corner of East Broadway — the last and most contentious item on the board’s packed agenda — sparked the ire of nearby residents, many of them tenants of the adjacent 711 Shore Road, a seven-story apartment building.

Residents claimed that the row of high-rise buildings that were built on East Broadway and Shore Road beginning in the 1960s, known to many as the “Chinese wall,” is already overdeveloped, and that the new building, comprising 10 three-bedroom condos, would hurt property values, obstruct views and block sunlight, create parking problems, stress water and sewer infrastructure and negatively impact the character of the community.

At least two petitions oppose the project, including a Change.org effort, that have collectively gathered more than 400 signatures, asserting that an “out-of-town” developer is simply looking to line its pockets.

A two-story, three-family home now occupies the property, on the southeast corner of Roosevelt and East Broadway. The parcel is being sold to Summit by the current owner, Jacqueline Zapson, who is listed on the variance application with the developer.

Zapson is married to Michael Zapson, an attorney and a former chairman of the Long Beach Democratic Committee, though Albert D’Agostino, an attorney representing Summit, said she is not involved with the project. D’Agostino added that he did not know whether the sale of the property was contingent on approval of the variances.