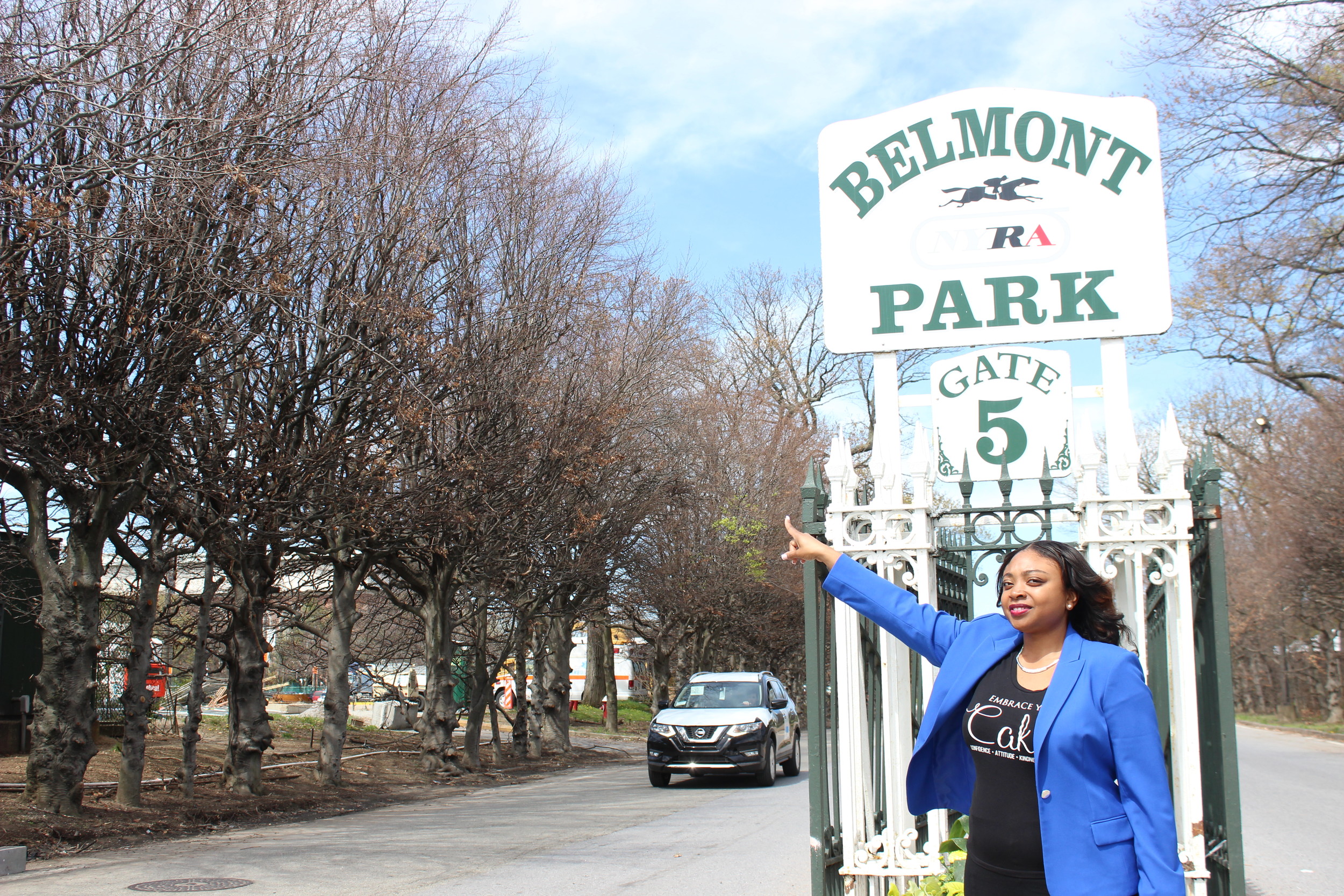 When the National Hockey League commissioner announced in April that the New York Islanders were considering a move from the Barclays Center in Brooklyn back to Long Island — possibly at Belmont Park, in Elmont — community opinion was split. For hockey fans, such as Peter Mastrota, of Valley Stream, the prospective move is enticing.

Mastrota, a Rangers fan and assistant coach with the Valley Stream Hockey League, said that when the Islanders played at the Coliseum and won the Stanley Cup four years in a row, beginning in 1979, “everybody was an Islanders fan.”

Mastrota thought that having a professional hockey team close to young players would heighten their enthusiasm for the sport.

However, area residents who would be directly affected by the development expressed their desire to have a voice in the decision-making process: “We, as concerned residents, civic leaders and groups — who would be directly impacted — have decided to unite in order to empower our communities,” the Belmont Community, an advocacy group, said in a news release.

Tammie Williams, of Elmont, told the Herald in April that she would like to see greater planning before proposals are submitted to the state for consideration. A new Islanders arena in the Elmont area could limit street parking while increasing traffic and garbage on local roads, she said. Williams added that she would prefer to see mixed-use development, with a combination of high-tech businesses alongside recreational zones.

“Who can be against having a Request for Proposals that allows all economically viable development plans for this property of regional significance?” she said. “We shouldn’t be limiting the ideas, but rather encouraging as many ideas as possible. That is how taxpayers get the best deal possible.”

Since 2012, Belmont Park has been considered as a potential site for several development projects. Last year the state rejected proposals for a 25,000-seat soccer stadium for the New York Cosmos and video lottery terminals like at Aqueduct Racetrack in Ozone Park.

Amy Varghese, the Empire State Development press secretary, said in an email to the Herald that no proposals had been solidified. “Development at Belmont will be an economic boost to the region, and all improvements to the site will occur through the normal RFP process,” she wrote. “We are continuing to finalize an RFP for the site, which will be released when it’s ready.”

State Assemblywoman Michaelle Solages (D-Elmont) has been urging Empire State Development to draft an RFP to redevelop Belmont Park that is transparent and fair, saying that a RFP tailored to a particular developer would be a disservice to the local community and limit the negotiation process. She is open to hearing all suggestions about projects, adding that community stakeholders must be included in the RFP process.

“Belmont Park is hundreds of acres of economic opportunity for Long Island,” she said in a statement. “The state needs to solicit serious proposals that will embellish the horse-racing industry already in place, redevelop the train station while creating high-paying jobs and improve the quality of life throughout the surrounding communities. In our lifetime, we only have one opportunity to transform Belmont Park into a world-class destination. We must not let it pass us by.”

Hempstead Town Supervisor Anthony Santino and State Assemblyman Ed Ra called on Gov. Andrew Cuomo and Metropolitan Transportation Authority officials at a news conference in April to upgrade the train station at Belmont Park to provide year-round commuter service, noting that the state’s focus on development was a perfect opportunity to seek such a plan.

“Redevelopment plans for the property at Belmont Park present a unique opportunity for local commuters that should not be overlooked,” Ra said. “The hamlets of Franklin Square and Elmont deserve a viable alternative when it comes to commuting to the city.”

Steve Smirti contributed to this story.