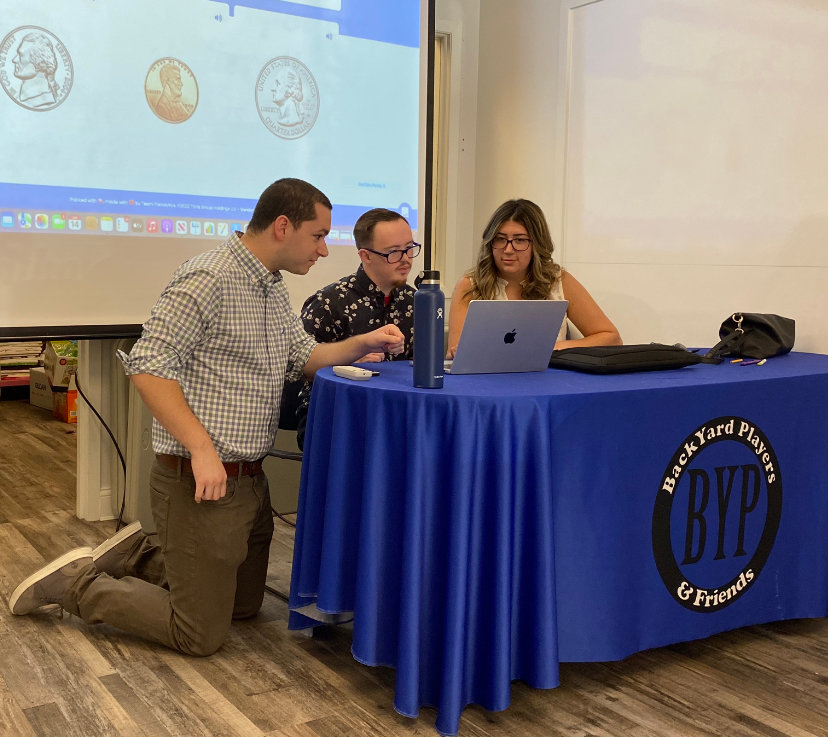 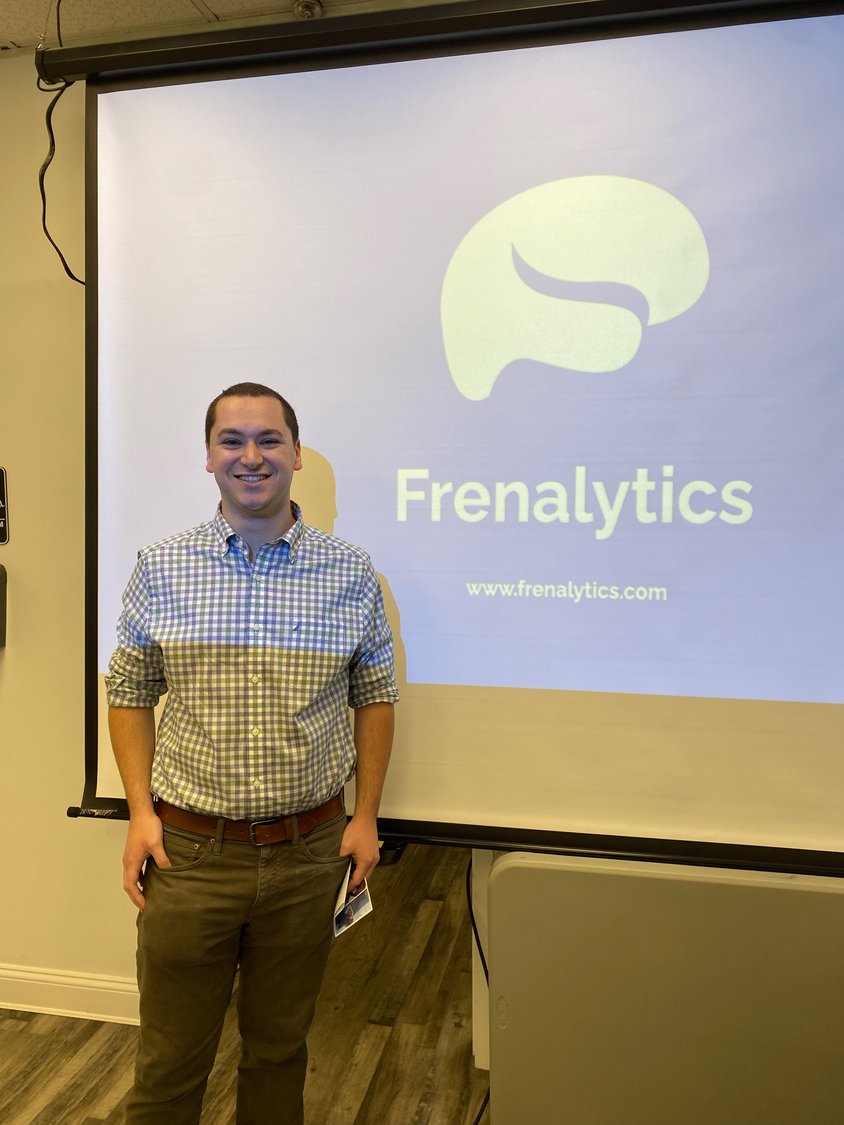 Rockville Centre native Matt Giovanniello presented his patented Frenalytics software — which helps educate those in the special education community, among others — at the Backyard Players on June 14.
Tom Carrozza/Herald
Previous Next

I learn so much through them each and every time I come and visit.”
Matt Giovanniello, Co-founder, Frenalytics
By Tom Carrozza

When he was 12, Rockville Centre native Matt Giovanniello was devastated when his beloved grandmother Theresa Giovanniello suffered a stroke during open-heart surgery. While she recovered, her doctors used flash cards to keep her focused, but Matt saw that form of therapy as generic and unengaging. There had to be a better way.

In the years since, Giovanniello, who’s now 25, co-founded a company called Frenalytics, and he is now its chief executive officer. The company uses interactive software to teach life skills and academic concepts to people who have gone through trauma like his grandmother, as well as those on the autism spectrum and young children.

On June 14, Giovanniello and Frenalytics’ special education consultant, Jen Gentile, came to the Backyard Players’ storefront on North Long Beach Road to present the concept to parents and demonstrate the software’s uses. The Backyard Players offer those with special needs the chance to socialize while learning about theater, yoga, photography, dance, writing and art.

Gentile, who is BYP’s employment connection coordinator and a teacher at Valley Stream Central High School, went to middle and high school with Giovanniello, and has seen the software grow from its original purpose to including special education students.

“It started as a research paper,” Gentile explained. “And seeing it grow seems like a movie — that we’re able to have our own business from a project in high school.”

In 2008, as a seventh-grader, Giovanniello worked on what he called “Grandma’s Ultimate Challenge” in Microsoft PowerPoint, to display questions with digital images, accompanied by animation and sound effects, to engage users. The program that was soon after named Frenalytics uses game-based learning to teach essential life skills.

In 2014, the year he graduated from South Side High School, Giovanniello was a semifinalist in the Intel Science Talent Search for his research on individualized stroke rehabilitation. His passion grew as he went on to Boston College where he and his chief operating officer, Chris Patterson, were finalists in the Shea Venture Competition. In 2016, Frenalytics received a patent for its software and two years later it was in use in beta form at a memory care clinic in Palo Alto, California.

“It’s like a dream come true,” Giovanniello said. “It’s really cool to see how software can change the trajectory for the folks in the population for the better, and to play a small role in that is really inspiring.”

Giovanniello, who now lives in New York City, has come back to the BYP to present the program periodically since the pandemic began to wane. “I learn so much through them each and every time I come and visit,” he said. “They’ve welcomed me with open arms — literally and figuratively — ever since the first time I visited.”

Ellen White, co-founder of the Backyard Players, invited Giovanniello to march in the St. Patrick’s Day Parade with the group this year.

The BYP’s employment connection program has used Frenalytics to great success, White said. “To be able to work with and see what brilliant young people like Matt and Jen are doing is so inspiring,” she said. “I’ve known them from when they were in high school, and now they’re young adults. It’s amazing to see what they’ve done.”

Today, Frenalytics offers pre-made quizzes, and enables parents to create questions to craft the experience to their children’s needs. With the help of new venture capital funding, Giovanniello and his team have been able to take on more ambitious efforts, like free plans for teachers. The future looks bright for the company. Giovanniello said that the company is in talks with Molloy University, Stony Brook South Hampton Hospital, and New York City’s District 75 — the city’s schools for those with special needs — about using the software.