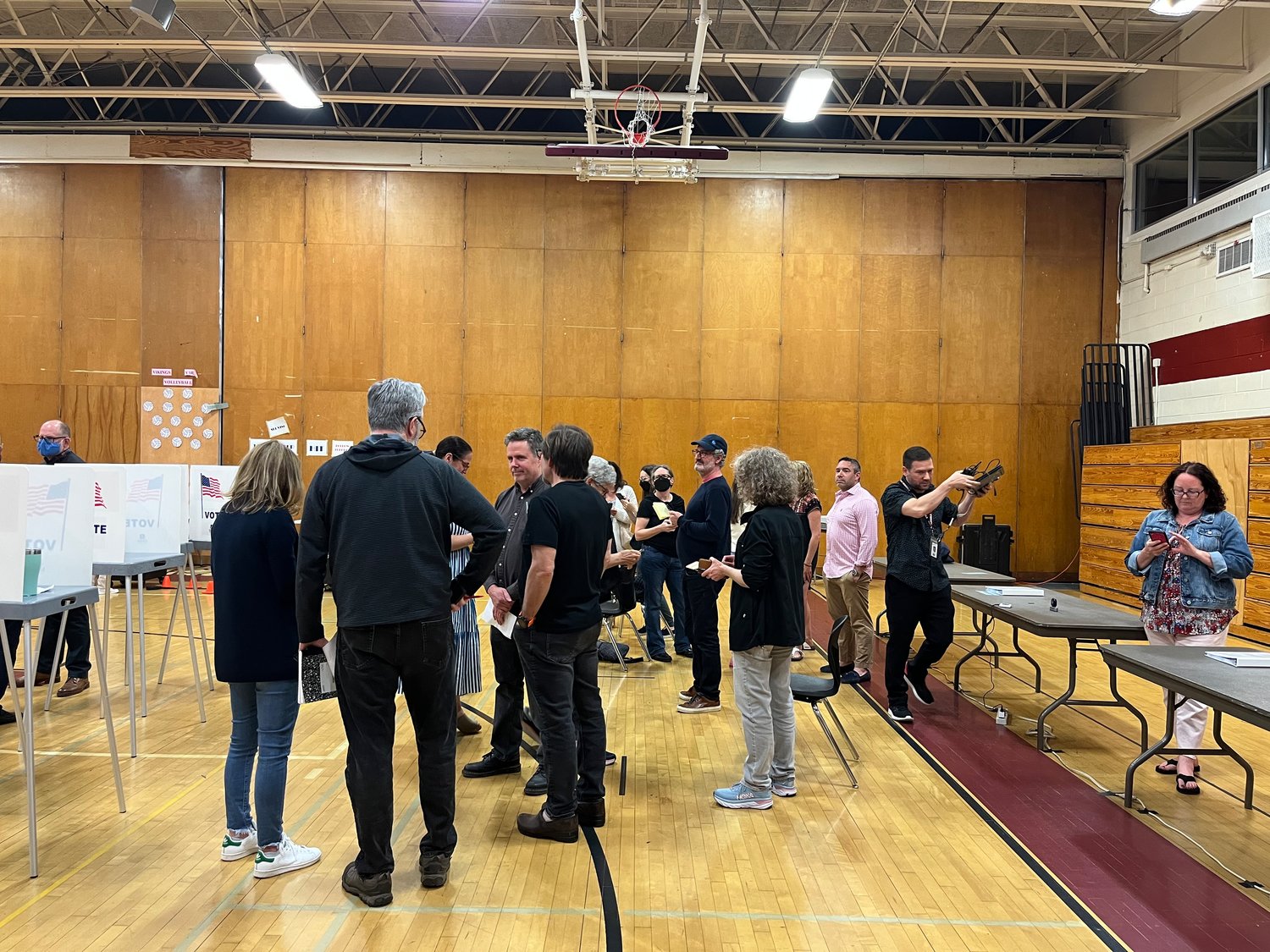 Anxious voters waited in the North Shore High School gym until nearly midnight to hear the election and budget results.
Will Sheeline/Herald
By Will Sheeline

The North Shore School District’s budget of roughly $115.9 million passed on Tuesday, with 2,204 votes for and 1,626 votes against. Additionally, voters have re-elected Board of Education incumbents David Ludmar and Marianne Russo, and elected challenger Lisa Cashman, an active volunteer in the community.
Current board president Ludmar received the most votes among the candidates with 1,980, while fellow incumbent Russo and challenger Cashman won 1,914 and 1,919 votes, respectively.
The school budget includes a spending increase of over $1 million for instruction, a decision made to maintain the quality of instruction that North Shore provides, according to the administration.
Other provisions include an increase in the debt service budget upwards of $550,000, a 12.6 percent increase from this year. The debt service line item in the budget is allocated to pay off outstanding debt from the district, of which North Shore had a balance of over $22.6 million at the end of the 2020-21 school year.