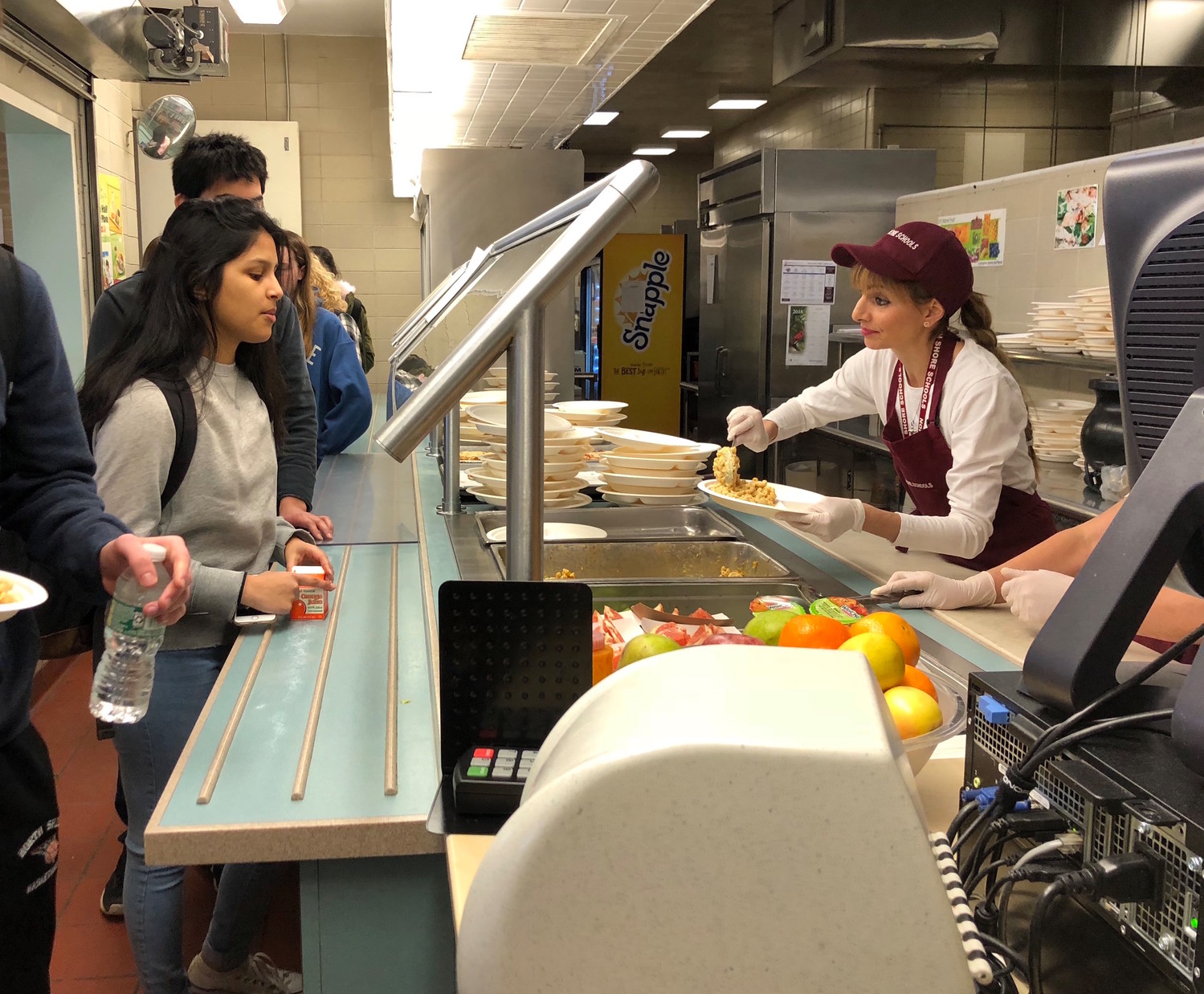 It’s not about you, it’s about all the kids in the school.”
Allison Puglia, vice president of agency relations, Island Harvest
By Zach Gottehrer-Cohen

The Glen Cove School District is working with Island Harvest — a nonprofit organization that works to fight hunger on Long Island — to make universal free lunch a reality for the district’s more than 3,000 students.

If the district can meet certain income-based criteria, it could receive federal funds through a Department of Agriculture program called the Community Eligibility Provision that would make it possible for all of Glen Cove’s students to receive free breakfast and lunch.

Currently, in order to receive financial assistance for meals, a student, or his or her guardian, must submit an application for a free or reduced-price lunch. This individualized process — which requires district staff to administer subsidized meals on a case-by-case basis — creates bureaucratic complexities that could be simplified by moving to the CEP program.

In order for the district to qualify for federally reimbursed universal free breakfast and lunch, 62.5 percent of its students must be beneficiaries of the Supplemental Nutrition Assistance Program, or SNAP. Although the percentage varies from year to year, Allison Puglia, Island Harvest’s vice president of programs and agency relations, said that between 45 and 50 percent of students in Glen Cove are usually enrolled in SNAP. She added that it was hard to tell, on a local level, how many people were eligible but not enrolled, and that countywide, “25,000 people are eligible, but they don’t know it. It’s an underutilized program across the board.”

One reason why eligible people don’t enroll, Puglia said, is the program’s stigma. They don’t want to make use of SNAP benefits because they fear they’ll be judged by their neighbors. There’s a stereotype about beneficiaries, she said: People think they are lazy, or that they are leeching unearned money from taxpayers. But most of the people who turn to Island Harvest, she said, “are working families. Typically, underemployed, working 40 hours a week at one job and then another job on top of that.”

Normalizing benefits like SNAP, Puglia said, can go a long way toward fighting the stereotype. “If my neighbor is [on SNAP],” she said, “and I know him, I know that he works hard, that makes it more OK for me to [enroll].”

Local businesses and agencies can help change the stereotype, too. At a mid-March meeting of the Glen Cove Inter Agency Council, Maria Quiroga suggested that community groups “can help us by distributing fliers, they can put [educational materials] in their bulletin, they can invite us to do SNAP outreach at their sites, we can train their staff members.”

Island Harvest has helped three school districts and a private school enroll in the Community Eligibility Provision program. Focusing the discussion on schools and communities, Puglia said, has been an effective tactic in reframing the issue. “We’ve had more buy-in, because it’s a bigger picture,” she said. “It’s not about you, it’s about all the kids in the school.” Presented this way, enrolling in SNAP becomes a public service rather than a personal admission of financial hardship.

“Our goal as a food bank is to help kids access the healthy nutrition,” Puglia added. “If you have more money to provide the same number of meals, you’re going to be able to provide better meals.”

Superintendent Dr. Maria Rianna said that the district’s priority is finding ways to improve the quality of the food it provides. “It would be a healthier diet,” she said. “Our food choices would be more natural foods, we’d have more organic options, more produce.

“It’s a great option,” Rianna added of the CEP program. “It would be inappropriate not to look into it.”