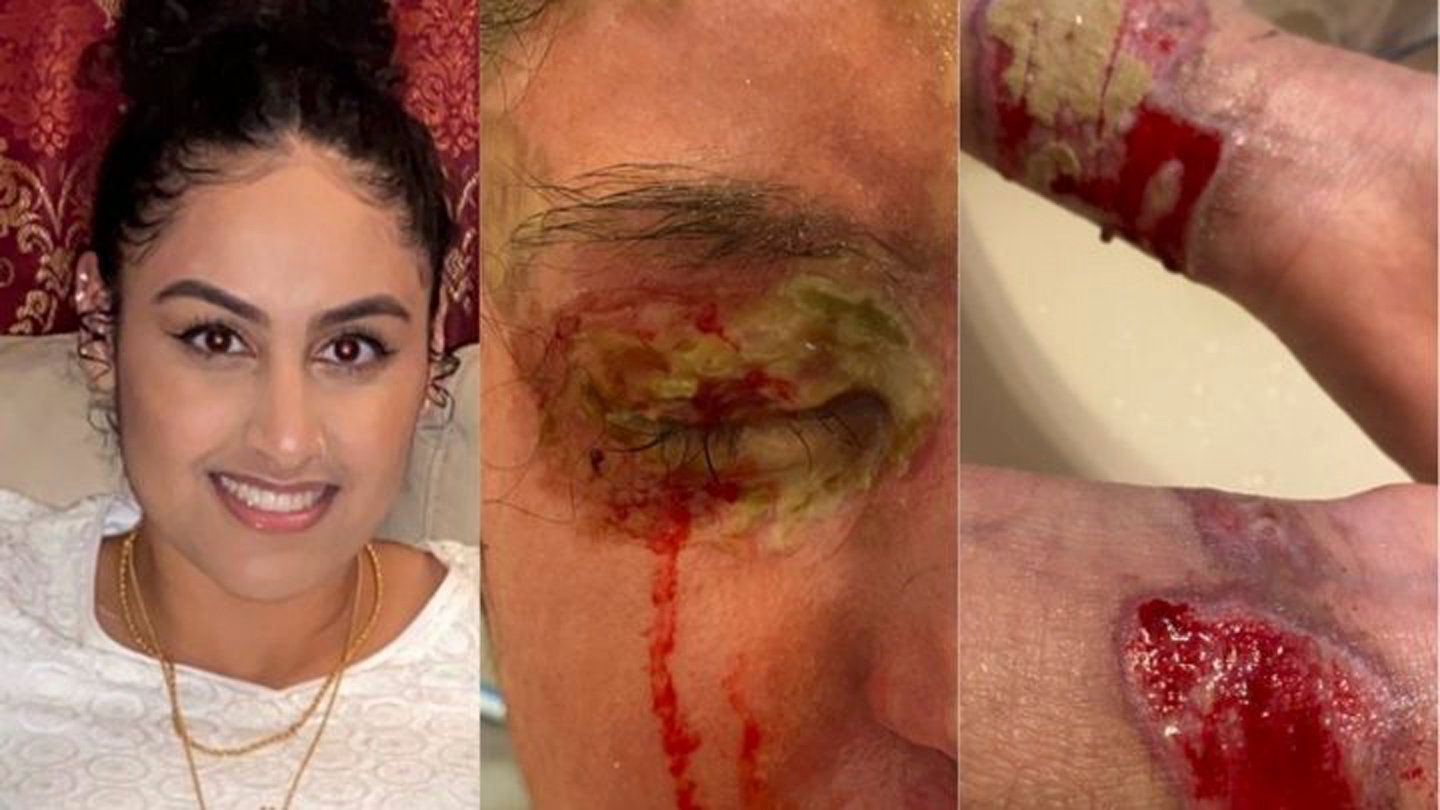 Nafiah Ikram, at left before she was attacked, suffered burns on her face, eyes, mouth, throat, shoulders and arms.
GoFundMe

As 21-year-old Elmont resident Nafiah Ikram continues the struggle to regain her health after being attacked with acid in her own driveway, Nassau County Legislator Carrié Solages, a Democrat from Lawrence, is urging officials to again increase the reward for information leading to the arrest and conviction of her attacker.

In a letter to County Executive Laura Curran on May 24, Solages thanked her, Nassau County Police Department Commissioner Patrick Ryder and Crime Stoppers officials for previously doubling the reward to $20,000. However, he echoes the family’s belief that further increasing the reward could aid efforts to bring her attacker to justice and restore some of the peace of mind that has been torn away from her family.

Ikram was assaulted at 8:15 p.m. on March 17. According to NCPD officials, Ikram was walking on the driveway of her Arlington Avenue residence when was approached from behind by an unknown male. The suspect was carrying a white colored cup containing a dark colored substance, which he then threw at the victim’s face. The suspect, who is described as approximately 6 feet, 2 inches, skinny build, wearing a black colored sweatshirt with a hood and wearing gloves, and ran away eastbound on Arlington Avenue.

As the Herald reported in April, Ikram sustained severe burns to her face, eyes, chest, arms and lungs and was hospitalized for several weeks. She has lost nearly all her eyesight and it is unclear how much, if any, can be regained.

Despite the grisly nature of the crime, however, the incident went largely unnoticed until April 20, when celebrity cooking show host Padma Lakshmi, a friend of the Ikram family, made a plea on social media for help. A neighbor had set up a GoFundMe page to help defray Nafiah’s medical expenses.

Nafiah is a Hofstra University student and a 2018 Sewanhaka High School graduate,