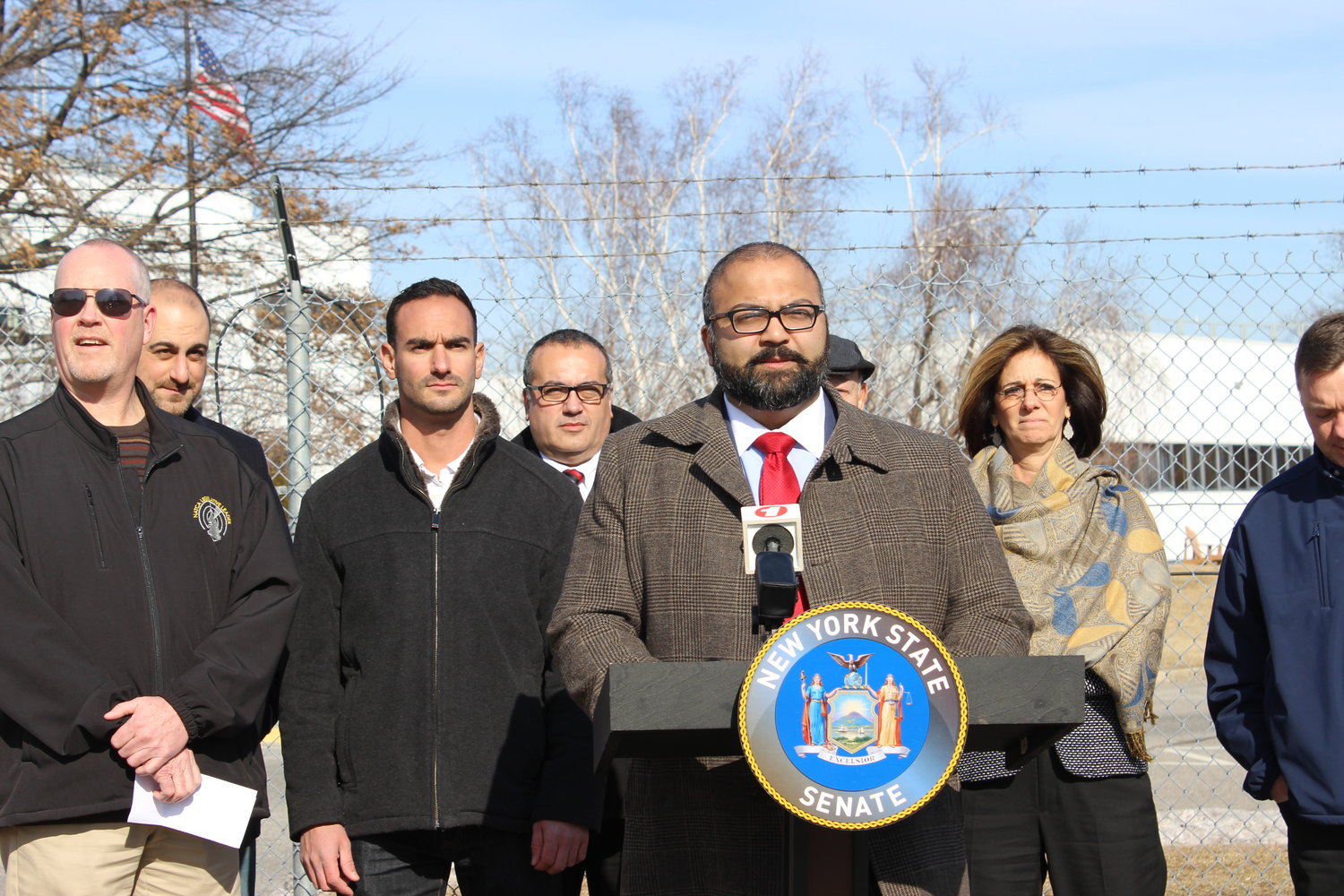 Senator Kevin Thomas, a Democrat from Levittown, recently authored his first bill, which will prohibit credit agencies from including negative information in the reports of workers who lose their paychecks during a shutdown.
BRIAN STIEGLITZ/HERALD
By Brian Stieglitz

While Congress avoided another government shutdown on Friday, Senator Kevin Thomas, a Democrat from Levittown, has been pushing legislation to protect federal workers should another happen in the future.

Thomas discussed his bill at a news conference on Feb. 14 at a news conference at New York terminal radar approach control in Westbury. If passed, it will prohibit credit agencies from including negative information in the reports of workers who lose their paychecks during a shutdown.

“Trump’s wall obsession is not as important as a federal worker’s right to have a roof over their heads and food on the table,” Thomas said less than 24 hours before President Donald Trump signed a bill averting a shutdown, while also declaring a national emergency to fund the U.S.-Mexico border wall.

“These employees and this country cannot withstand another shutdown,” said Kevin Maney, who works at TRACON and is president of the National Air Traffic Controllers Association. He cited that federal employees like his colleagues are not receiving compensation for their work during the shutdown until Feb. 26.

On Jan. 17, four weeks into the 35-day shutdown, local nonprofits and businesses joined with Island Harvest Food Bank in Bethpage and announced that they would offer assistance to federal workers and contractors who are not receiving paychecks.

During that time, Randi Shubin Dresner, an East Meadow resident and president and chief executive officer of Island Harvest Food Bank, said that she saw many familiar faces who had once donated or volunteered at the food bank, but were now coming for personal assistance.

She recalled seeing two coast guard workers standing outside the food bank because “they didn’t know how to ask for help,” she said, calling the situation part of “the ripple effect of how [the shutdown] impacts the community at large.”

Thomas’s bill passed 7-0 in the Consumer Protection Committee, of which Thomas chairs, on Feb. 4, moved to a third reading in the Senate on Feb. 11 and must now advance to a Senate and Assembly vote before the governor could sign it.