Shepard to come to Wantagh

Producer looks back on 60 years of memories 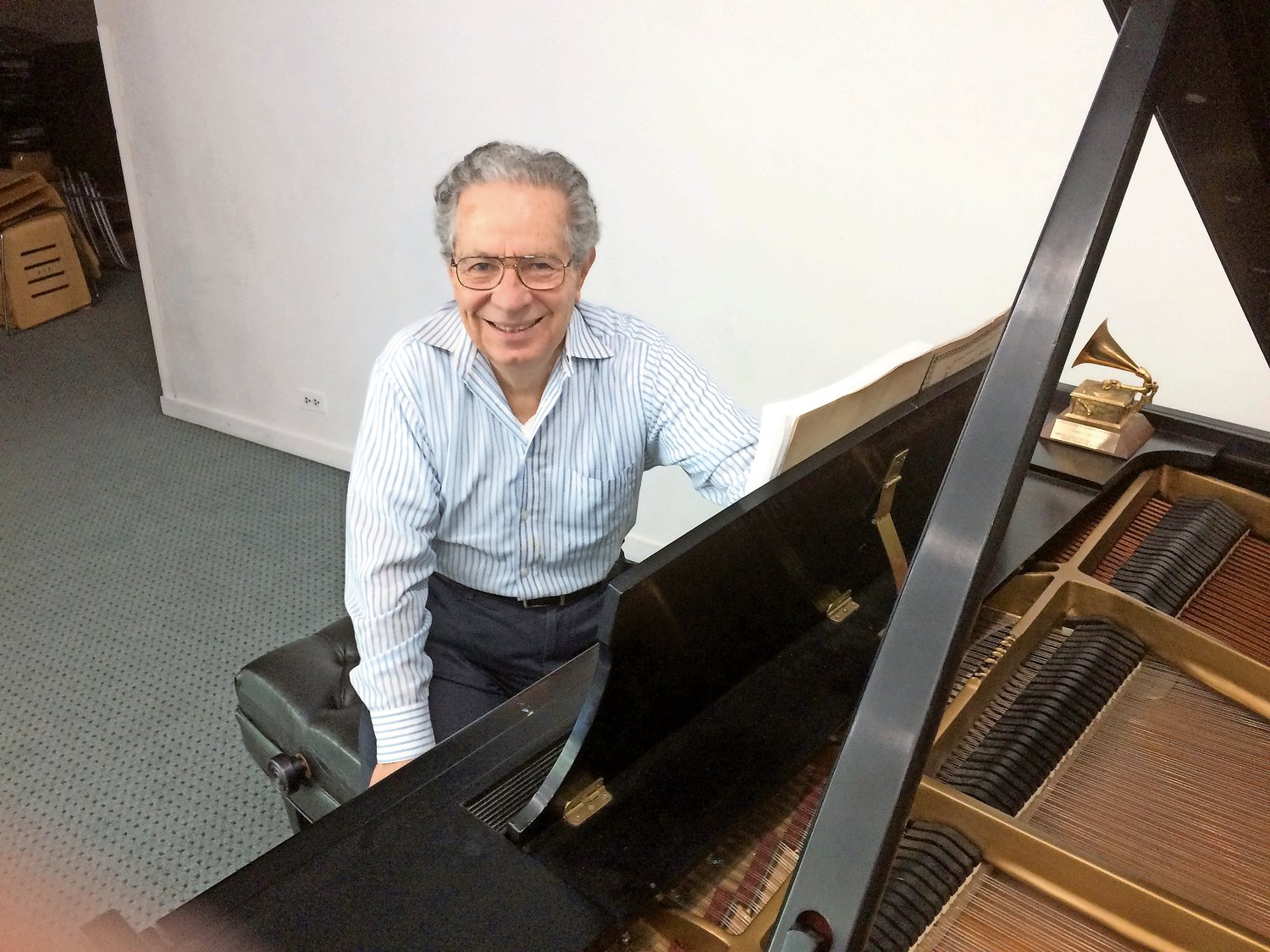 Legendary record producer Thomas Z. Shepard will talk about his 60 years of experiences with artists as varied as Leonard Bernstein and Yul Brynner at the Wantagh Public Library on Feb. 1 from 2 to 4 p.m.
Courtesy Thomas Z. Shepard 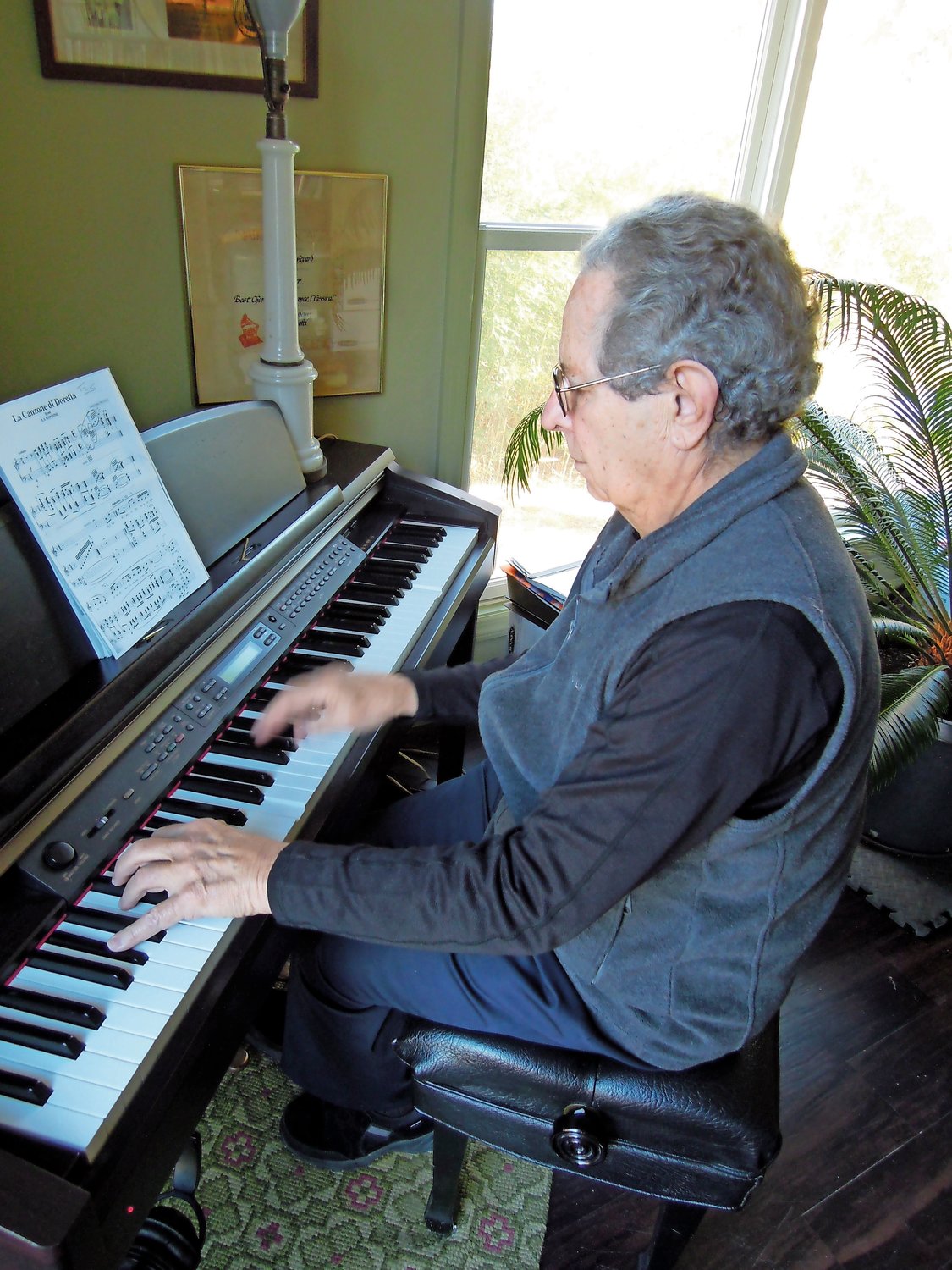 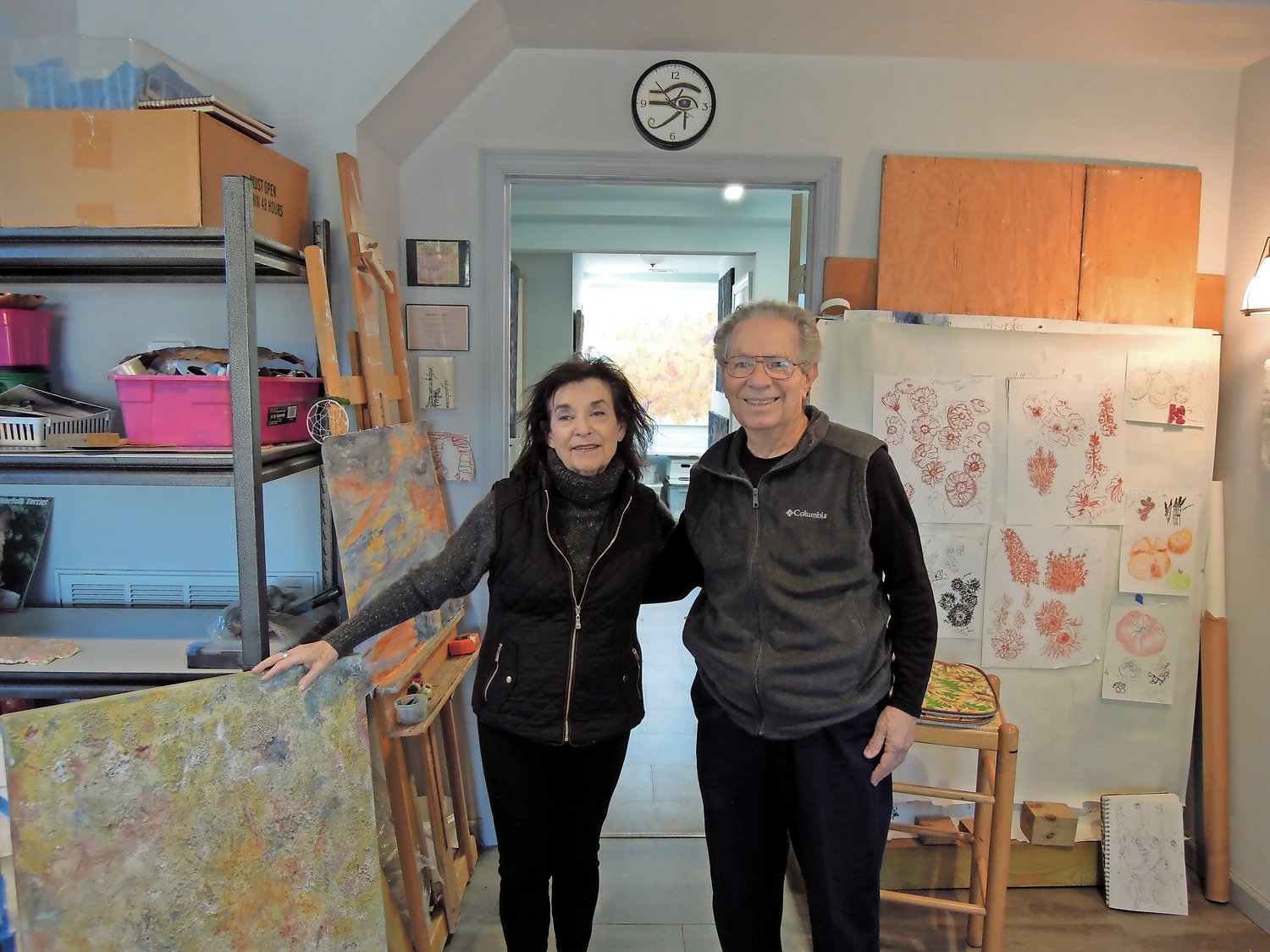 Thomas and his wife of 59 years, artist Irene Clark, have lived on the South Shore since 2008.
Timothy Denton/Herald-Citizen
Previous Next
Thomas Z. Shepard at a glance

Thomas Z. Shepard, the legendary producer of classical and Broadway recordings, is a slight, unassuming man who wears his substantial fame comfortably. The 12-time Grammy winner, who has worked with artists as varied as Stephen Sondheim, Leonard Bernstein, Pierre Boulez and Barbara Cook, is the producer of more than 200 recordings, including original-cast recordings of Broadway musicals, operas and classical music for major labels like Columbia Records and RCA.

Shepard, 83, will share some of his career experiences at the Wantagh Public Library on Feb. 1, as part of the ongoing series of presentations he has given throughout the tristate area in recent years. He sat down with the Herald-Citizen at his home in West Gilgo Beach last week to talk about his six-decade career as a major force in the recording industry.

Shepard and his artist wife, Irene Clark, have owned their house at the beach since 1971, but spent most of their time at their home on East 54th Street in Manhattan until 2008. “The building next door burned down,” Shepard said, and even when the rubble was cleared, the smell was so toxic that the couple decided to move to the beach.

“We’ve been very happy here,” Shepard said, although he admitted to some slight inconveniences — having to drive 11 miles for a decent bagel, for instance — but “the air is clean, and it’s quiet,” he said. The couple, who have been married for 59 years, have a daughter and two grandchildren.

Located on a narrow spit of land between the Great South Bay and the Atlantic, the house was hit hard by Hurricane Sandy, Shepard said. The first floor was destroyed, and the couple now split the second floor between their studios and live on the third.

Born in New Jersey in 1936, Shepard originally trained as a classical musician, beginning his piano studies when he was 6 with Mark Nevin, whose children’s piano studies are still in print. His talent was apparent from the start, and by age 11 he was enrolled in the preparatory division of New York’s celebrated Juilliard School.

“I studied piano, but I also studied music theory with Vera Brodsky,” he said. Brodsky was a well-known concert artist and part of a piano duo, with Harold Triggs. After finishing his studies at Juilliard, Shepard attended the Oberlin Conservatory in Ohio. Following his 1958 graduation, he studied with the pianist and composer Quincy Porter at Yale University, but left without completing a graduate degree.

At his wife’s suggestion, Shepard began adding his middle initial to his name early in his career, as a way of making his name stand out. The best stage names have something memorable, he said, and he was concerned that his might not be distinctive enough.

Although he never pursued a career as a solo performer, “I always figured I’d end up working as a [pianist] and an orchestrator and conductor,” he said. As a pianist, he did a great deal of work as an accompanist. His conducting skills, he said, were sufficient to keep musicians together through a performance, but he didn’t feel he brought the same level of insight to a score as the conductors with whom he later worked.

At the same time, “I was always fascinated by recorded sound,” he said. So it was natural that he gravitated to that part of the music business. In 1960, at age 23, he was hired to work in Columbia Records’ Masterworks division of classical recordings.

At the time, Columbia was led by Goddard Lieberson, a champion of the original-cast recordings that were to figure prominently in Shepard’s career. Schuyler Chapin, who later headed the Metropolitan Opera, led the Masterworks division.

“Our artists’ roster was huge,” Shepard said, the awe still apparent in his voice. Besides the New York Philharmonic and the Philadelphia Orchestra, along with their respective music directors, Leonard Bernstein and Eugene Ormandy, the label recorded pianists like Alexander Brailowsky, Phillippe Entremont, Glenn Gould and Vladimir Horowitz; the violinists Zino Franchesati and Isaac Stern; and the cellist Leonard Rose. And although Lieberson avoided opera projects — “he said [the performers] were singers, not musicians,” Shepard recalled — Shepard nevertheless worked with such greats as Metropolitan Opera stars Jan Peerce, Leontyne Price, Jennie Tourel and Richard Tucker.

The recording by Tourel and Bruno Walter of Gustav Mahler’s “Kindertotenlieder” (“Songs on the Death of Children”) is still among Shepard’s favorites. Tourel was a renowned Mahler interpreter, and Walter had been the composer’s assistant at the Vienna Court Opera before World War I.

Shepard continued at Columbia for 14 years, then joined RCA Records, leading the company’s Red Seal division until 1989. After a stint at MCA, where he established the company’s classical and theater division, he worked as an independent producer.

His long association with Broadway included producing such classics as the 1962 recording of “Showboat,” with Barbara Cook and John Raitt; the 1971 revival of “No, No, Nanette,” with a cast that included Broadway veteran Ruby Keeler; a recording of “Zorba,” in 1983, with Anthony Quinn reprising the title role; and revivals of the 1955 hit “Damn Yankees,” in 1994, and “Kiss of the Spider Woman,” in 1995, with Vanessa Williams.

Shepard’s list of Sondheim productions includes such classics as “Sweeney Todd,” in 1979, and “Sunday in the Park With George,” in 1984, both of which won Grammys.

It is almost impossible to name a classical musician or musical theater star of the past 60 years with whom Shepard has not worked. He was diplomatic when asked to name his favorites, but said that Boulez, emeritus conductor of the New York Philharmonic, was one. He first got to know Boulez during a recording of the Alban Berg operatic masterpiece “Wozzeck” at the Paris Opera in 1966, for which he won his first Grammy.

Boulez’s compositions are intellectually rigorous and extremely complex, and he had a reputation for austerity. But Shepard said their working relationship was straightforward and uncomplicated, and that Boulez was very good company. “He was fun to be with,” he said.

Other favorites in the classical world included the Austrian opera singers Walter Berry, who sang the title role in the “Wozzeck” recording, and his wife, famed mezzo-soprano Christa Ludwig.

Among those Shepard found less congenial to work with, he mentioned the Russian-born pianist Eugene Istomin, a protégé of the cellist Pablo Casals and his wife, Marta. At one recording session, “He disliked the way the E above middle C sounded” on the piano, Shepard said. After a technician worked on the instrument, “[Istomin] went to the piano and hit the key.” Still dissatisfied, he left the studio.

Asked to estimate the number of recordings he has produced, Shepard drew a momentary blank before suggesting a  total of about 250 classical and Broadway recordings.

He also has a reputable list of original compositions that include five musicals and five operas, the score of Otto Preminger’s 1974 film “Such Good Friends” and a children’s cantata to a text by Maurice Sendak. Shepard also composed an original score for the libretto of the lost Gilbert and Sullivan operetta “Thespis.”

These days, Shepard spends much of his time giving lectures, like the one next month in in Wantagh, working on his memoirs with music journalist Gayden Wren and producing recordings on a freelance basis — most recently of Edward Thomas’ opera “Anna Christie,” released last August on the Broadway Records label.

For more information on Shepard’s Wantagh presentation or to register, call Jack Leone, at (516) 221-1200, or go to jleone@wantaghlibrary.org.

Having a Happy Hanukkah in Hewlett