'Smart' bike-sharing program rolling out this month throughout the city 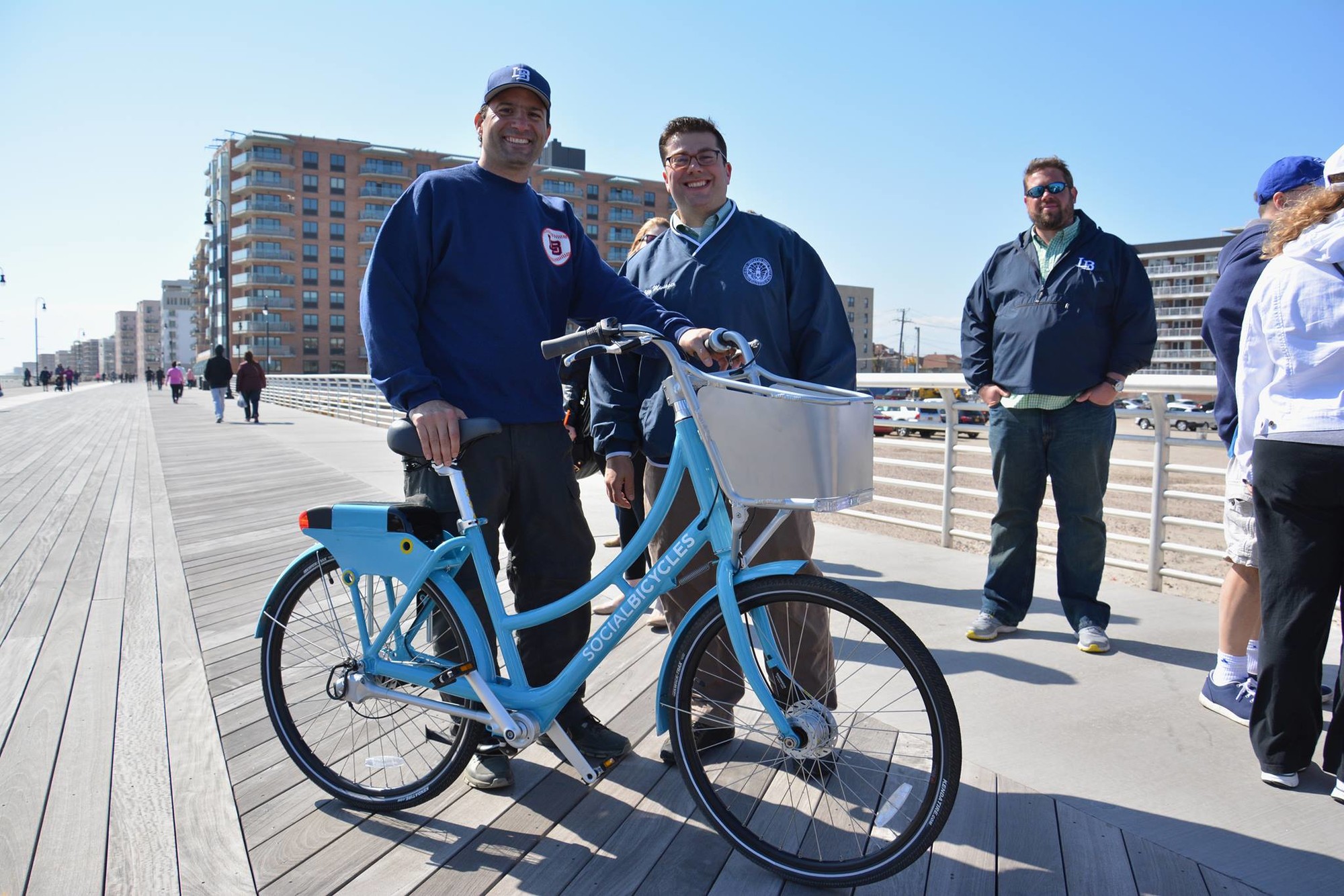 Councilman Anthony Eramo, left, and City Manager Jack Schnirman took one of the new Social Bicycles for a spin last Saturday, part of a new bike-sharing program in the city that launched this month.
Courtesy City of Long Beach
By Matthew Ern

Just in time for beautiful spring weather, residents will once again have access to a citywide bicycle-sharing program. The city began phasing in the bikes last weekend, and the roll out of approximately 150 bicycles will continue through May 23. There are 24 bikes currently available.

Manhattan-based Social Bicycles Inc. — known as SoBi — offers a smart bike rental program that uses GPS to track and register bicycles throughout the city. Users can rent the bikes online using the company’s website, a mobile application, at point-of-purchase kiosks or directly on the bikes themselves. When a user is done with a bike, it doesn’t need to be returned to a hub at the end of the session — SoBi bikes can be locked up to any bike rack, though you may be charged an additional fee if you end your trip outside of a hub location.

Two pricing plans are available: riders can pay either $5 hourly for their ride or $50 for the entire 2015 season.

Cyclists can share mapped rides and statistics including miles traveled, the amount of carbon dioxide reduced by riding, calories burned and how much money was saved compared to driving.

“Our partnership with Social Bicycles promotes a healthy lifestyle and encourages a more bike-friendly city which is in line with our Complete Streets goals,” City Councilman Scott Mandel said in a statement. "Social Bicycles was selected because they were a good fit for our community, and they possess a number of unique offerings, including a sustainable approach, record of results and advanced technology that is easy to use."

The city entered into a contract with Social Bicycles last year after their contract with Miami-based DecoBike was terminated. The program “kick-started” last summer when a limited number of demonstration bikes became available to residents, with the formal launch taking place this spring.

As part of its agreement with Social Bicycles, after three years the city will receive 20 percent of their gross income from the program, half of which will be used for bicycle and pedestrian infrastructure projects, part of what City Manager Jack Schnirman described as the city’s “complete streets” initiative.