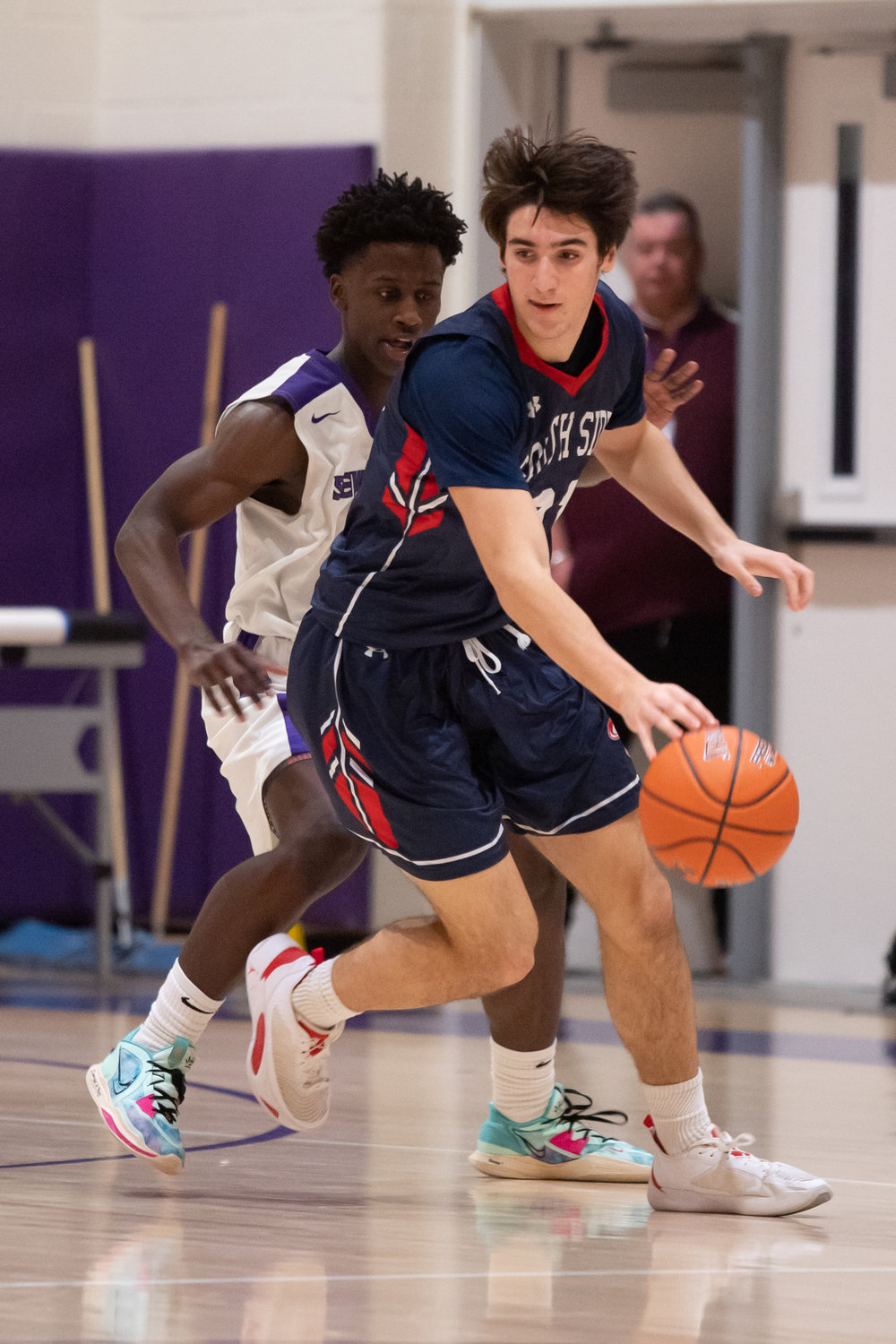 It has been all systems go for the South Side boys’ basketball team this season with its only blemish coming against Port Washington in the opener. Since then, the Cyclones have ripped off 15 straight victories with the lastest coming last Saturday, 71-45, over Great Neck North in a Conference A2 matchup.

South Side remained unbeaten in conference play (8-0) in what was its 13th victory by 10 points or more.

South Side wasted no time getting going in the contest jumping out to an early 11-0 lead that really put them in control offensively and forced Great Neck North to burn a timeout early. The strong starts to a game are one area in particular that the team has been trying to improve upon.

“It’s something we’ve tried to work on this season,” assistant coach Kevin Kennedy said of a strong first quarter. “There’ve been a few games where we got out of the gate a little slow. It was a renewed dedication to starting quickly.”

Both the Blazers and Cyclones found themselves in foul trouble as the first half was winding down, but South Side managed to fight through it thanks to a whole team effort. In particular, Pat Mullin stepped up off the bench scoring 9 points for the hosts.

“These kids are all smart basketball players and were able to adjust on the fly,” Kennedy said. “They’re very versatile in that regard.”

The Blazers found their groove at one point in the second quarter cutting the deficit to three, but three straight baskets by senior captain James Murphy gave the Cyclones a 10-point halftime lead. Murphy finished with a game high 20 points.

“It just made all the difference in the world,” Kennedy said. “It gives you that inspiration in the locker room and you feel like you can do anything coming out in the second half.”

Similar to how the game began, the Cyclones started hot in the second half as well with a 14-3 run, allowing them to ultimately pull away. Combined with the late second quarter heroics of Murphy and the strong open to the second half, South Side never looked back, outscoring Great Neck North by almost double in the third quarter.

“It gives us a lot of momentum,” senior captain Robert Pericolosi said. “We just feel hot and want to stay with that feeling the rest of the game.”

While the team is in the midst of a special win streak, there is still work to do by finishing this season as strong as possible. South Side’s remaining four matchups are against A2 opponents with Elmont and Sewanhaka being the two most notable matchups.