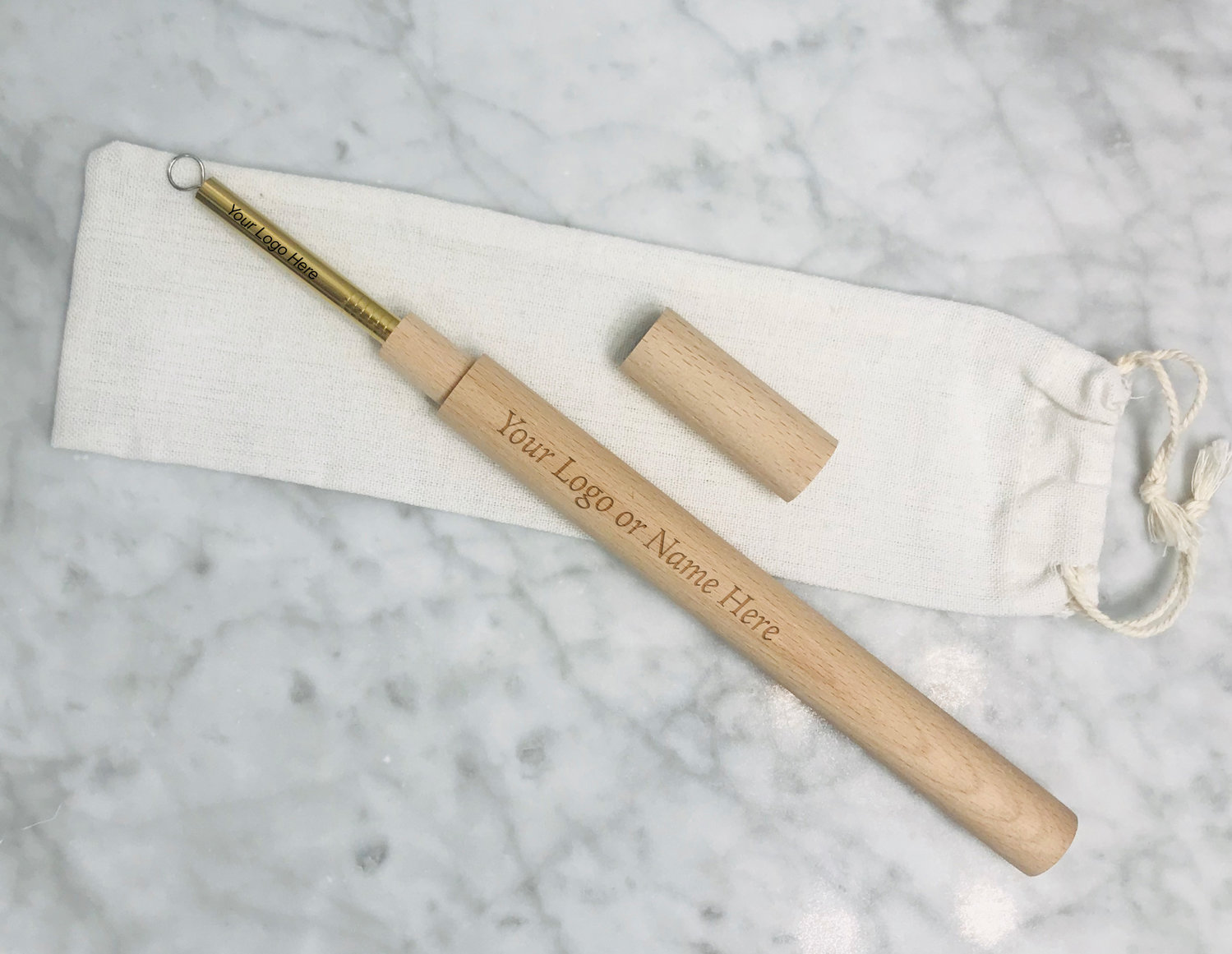 Hewlett High School alumna Julia Piri started her business UseMe LIFE roughly a year and a half ago. The company created reusable metal straws and are in the process of creating a dishwasher cover for the item.
Courtesy Julia Piri
By Matthew Ferremi

Piri said the idea for the business came to her roughly a year and a half ago when she took a trip to Ireland. “My boyfriend and I went to a corner store in Ireland to get basic groceries,” Piri said. “We noticed that they didn’t give out plastic bags and we were looking silly carrying our groceries in the street. Despite this, we realized that we in the United States are behind when it comes to being eco-friendly.”

Piri’s boyfriend, Kevin Windheuser, is also her business partner and co-owner of UseMe LIFE. “We felt the most impressive thing about our trip was the cleanliness of the cities and the high quality of the air,” he said. “It was quite the welcomed surprise for two people that earn a living in the densely populated northeastern cities of Boston and New York City.” UseMe LIFE products are made in China. “In the past, we have worked with a bunch of manufacturers around the world,” he said. “We have gotten to a point where we have a good relationship with a manufacturer in China.”

Windheuser, a Boston resident, has known Piri for roughly five years. “For as long as I’ve known her, she’s been an incredibly driven person,” he said, of his long-distance relationship partner. “There are a lot of ups and downs that comes with starting a new business, but throughout it all, Julia has stayed resilient.”

The company is pushing to come out in January with a dishwater cover that will fit metal straws. “We had restaurants tell us that they love using metal straws,” Piri said. “The problem they were facing is that they couldn’t fit it in the dishwasher.” The company also makes glass mason jars.

Growing up in Woodmere for most of her life, Piri is a 2013 graduate of Hewlett High School. Her business acumen began in her youth, she said, as her parents were small business owners. “My parents being small business owners was much different than what I grew up around,” she said. “Most of my friends parents were either lawyers, doctors and accountants. I grew up in a business house since my parents owned a plumbing company. My mom ran the business from home while my dad would be out in the field.” Piri’s parents currently are contractors for New York American Water.

Dr. Celia R. Lofink is an undergrad program director at the University of Hartford, and taught Piri. “Not only was Julia an active student, but she was just a joy to be around,” Lofink said. “She’s somebody that has good ideas and follows through on them.”

Piri offered advice for young aspiring entrepreneurs. “Don’t do what you think you should do and do what you really want to do,” she said. “I felt I had to conform to certain things but then realized as I got older that, if something’s in your heart, then you should pursue it even if its off the beaten path.”

For more on UseMe LIFE, go to https://www.usemelife.com/.