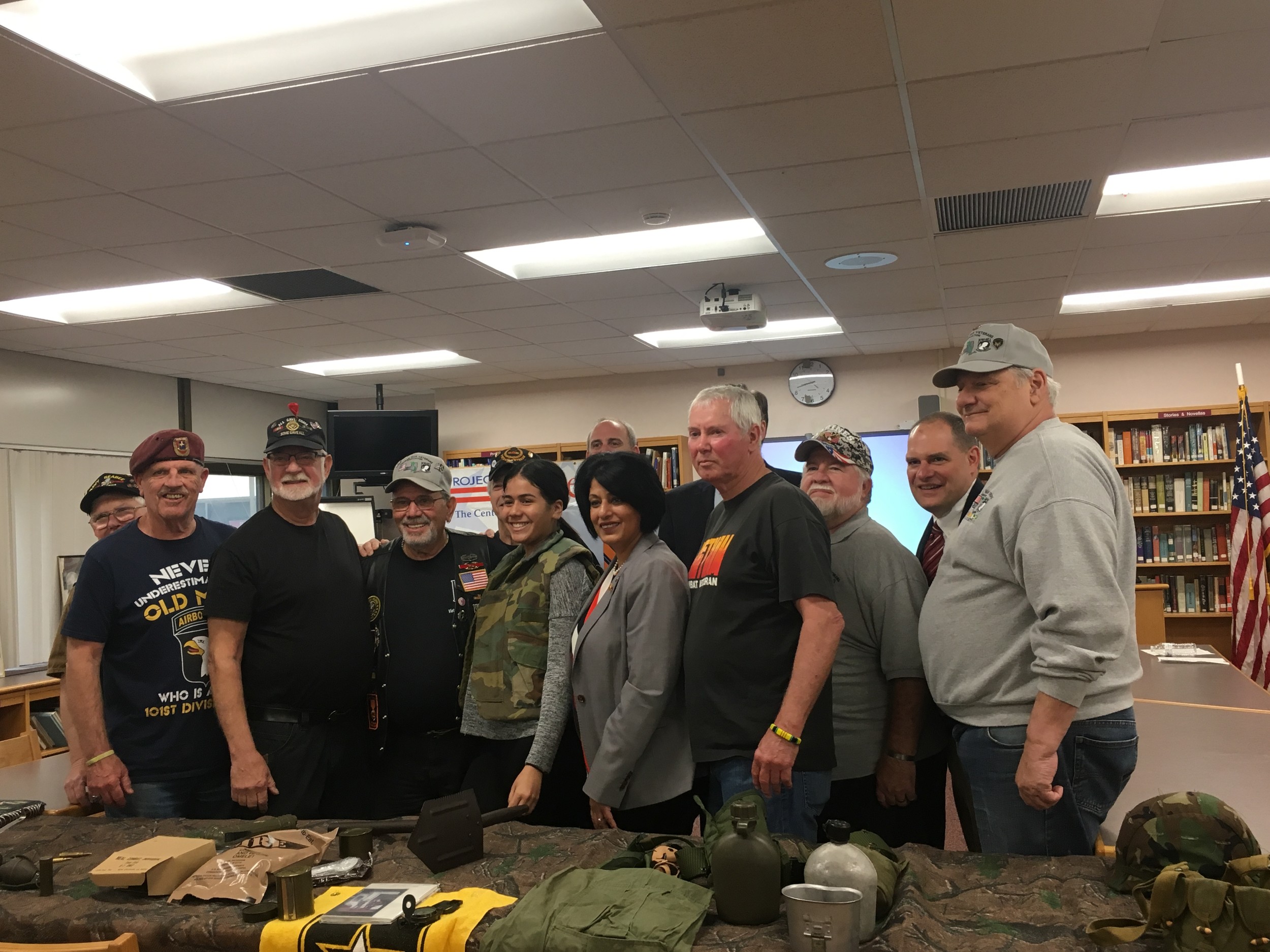 Local Government Officials presented for the Project Citizen hearing along with veterans and students.
Caroline Ryan/Herald 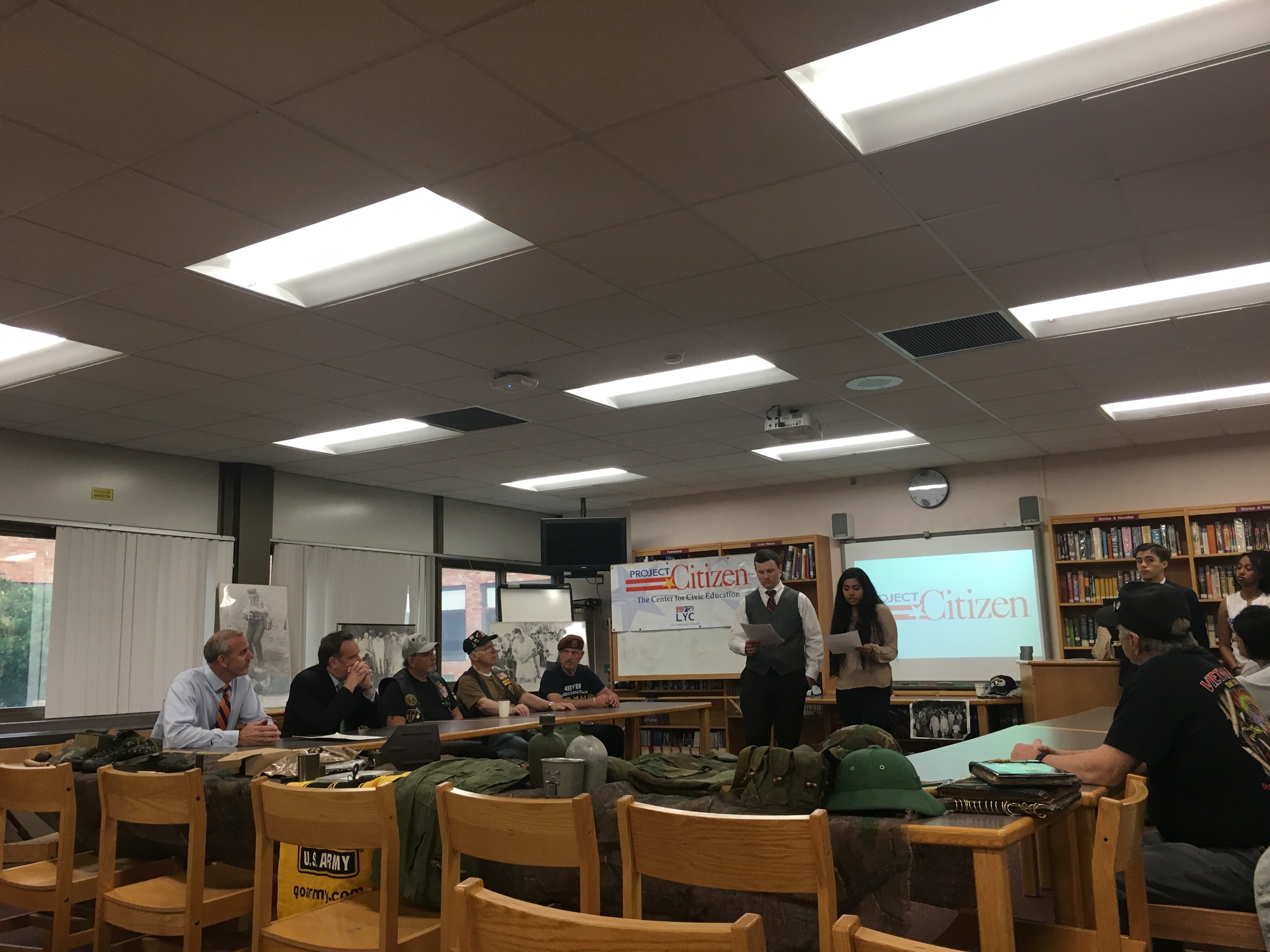 Vietnam veterans, some of who are alumni, spoke to the students about their emotional return from war. “We were spit on,” one of the veterans said.

The veterans also described the affects of Agent Orange, a chemical used during the war that caused many health problems for soldiers. They showed the students photos, as well as military equipment, ammunition and food rations.

The student presentation began with a brief summary of history of the Department of Veterans Affairs in the U.S., a department that helps veterans and their families with patient care and federal benefits. The students then posed the question, “What can we do to increase benefits for Veterans?”

“You don’t always have to support the war,” Student, Meron Ippolito said, “but you always have to support the warrior.” Ippolito explained how many veterans suffer from mental illnesses after they return home from war. She played a short clip about post-traumatic stress disorder from a non-profit organization called Mission 22. According to the Mission22 website, “yesterday over 20 veterans were lost to suicide.”

Mission 22 works to “raise awareness, enlist support and end veteran suicide in America.” Ippolito spoke about PTSD and how it affects those returning from war. Many of the veterans in the room teared up as the discussion went on. [PTSD] “is a silent wound that a lot of us live with,” stated Sal Martella, one of the Veterans.

Two students, Ibrahim Mozawalla and Joshua Hernandez concluded the presentation by coming up with an action plan to increase awareness for veterans. “Reach out to your local government, be willing to combat problems,” Hernandez said. Their plan included educating society, helping to resolve issues, and participating in local events for veterans.

Curran explained that participating locally is the best way to get involved, and that not all organizations are national. He recently held an event “Run for Heroes”, which is a 5k race in which all proceeds go directly to local VFW’s and American Legion Halls to help veterans. The event which took place on May 7, raised $30,000. “Things like that can really help local veterans,” Curran said.

Ahmad noted that the Town of Hempstead has a Veterans of Foreign Affairs Office which can help veterans and their families file claims for veteran’s benefits. For more information, call the Veterans Information Office at (516) 812-3506.