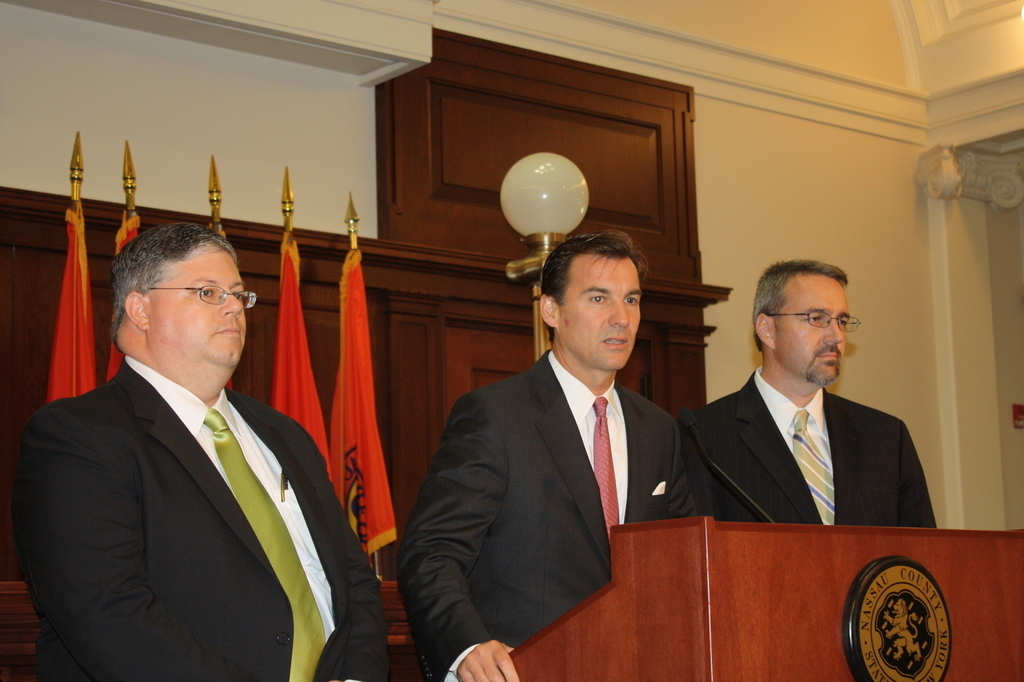 Nassau County Executive Tom Suozzi released his 2010 proposed budget last week, and he is touting the $2.6 billion spending plan as a "no-county-tax-increase" that caps spending at an increase of .5 percent.

At a news conference held Sept. 15 in Mineola, Suozzi explained that despite the economic downturn that he says contributed to the massive 2009 budget gap he is still trying to close, his administration has worked to streamline county government and to responsibly reduce its number of employees to save money. Those measures — which included early retirement incentives for county employees and state-approved revenue enhancers — helped keep spending low in the 2010 budget, Suozzi explained, at a time when New York State is "pushing mandates" on the county, expenses which will increase dramatically next year. Suozzi added that because of those actions, the county portion of Nassau residents' tax bill has dropped from over 22 percent to just below 17 percent since he took office.

"We cannot find any other instance recorded in the county of Nassau where spending increases were kept this low," Suozzi said. The county executive added that the increase in contractual and state-mandated costs, if not netted against the savings seen from reducing the size and staff of county government, would have resulted in a 9.3 percent increase in property taxes. And that would be in addition to the 3.9 percent increase in property taxes already put in place this year.

Suozzi has been criticized by his Republican challenger for county executive, Ed Mangano, who claims that hidden taxes like the county Energy Tax amount to an increase in property taxes. Mangano has also called for the reduction of what he says are Suozzi-appointed patronage positions.

But Suozzi shot back at Nassau Republicans at the news conference, challenging them to find an employee or program that could be cut beyond what his administration has already done.

The proposed budget will be heard by the Nassau Legislature during their upcoming meetings. Lawmakers must approve the county budget — with or without amendments — by the end of October.