Taking to the stage

It got local with the B'way revue, 'Gypsy,' and the Fine Tuning Project concert 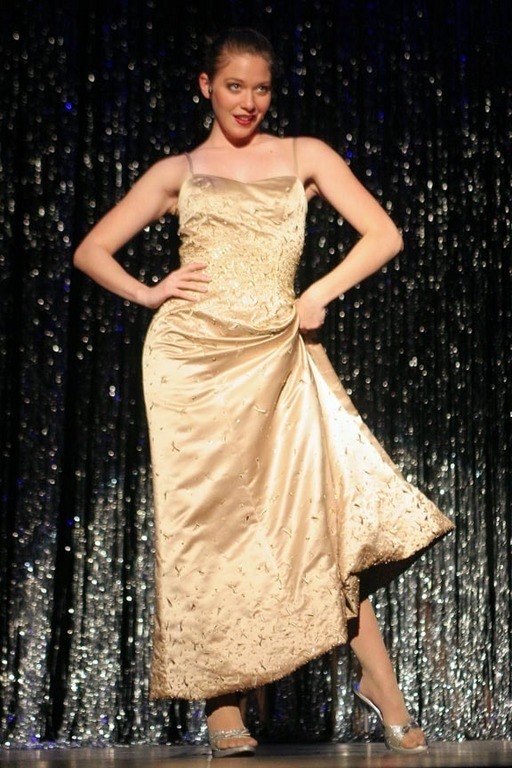 Christina Corsaro, as Louise, aka Gypsy Rose Lee, teased the audience during the recent Guild for the Arts production.
Janette Pelligrini/Herald 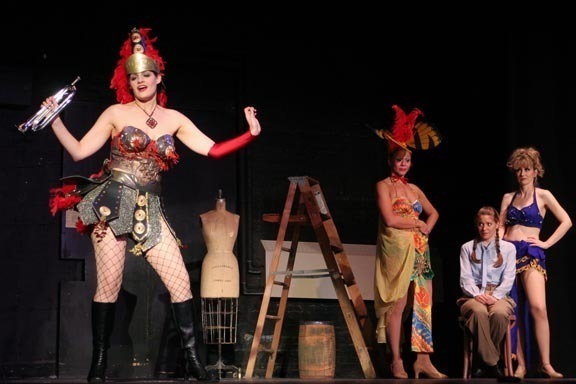 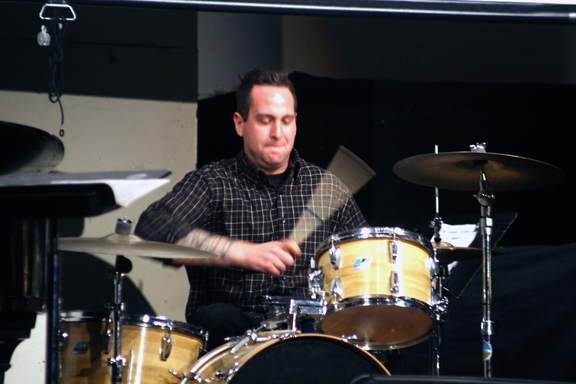 Mark O'Connell, drummer for Taking Back Sunday, was back at SSHS playing "Dancing Men" during the Saturday evening concert.
Sue Grieco/Herald 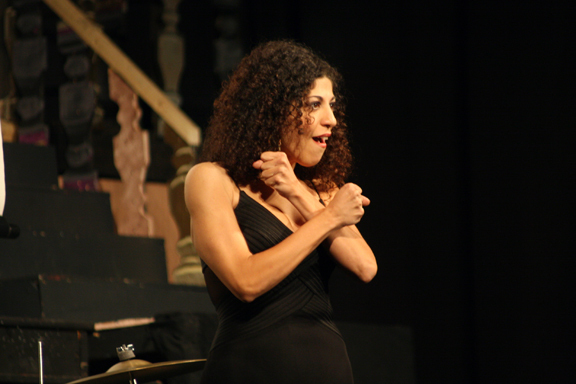 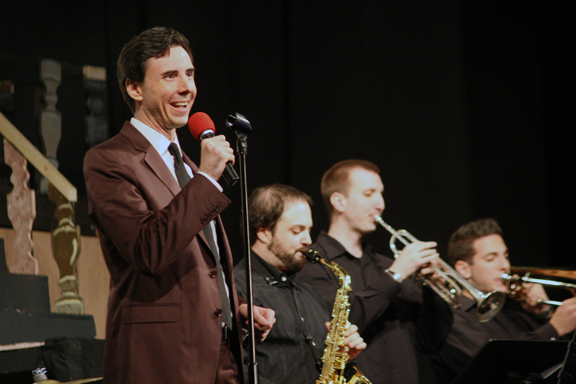 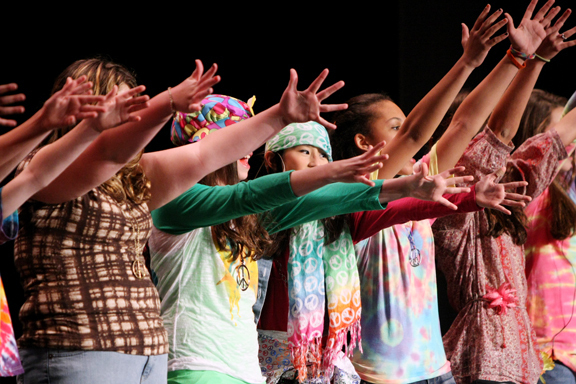 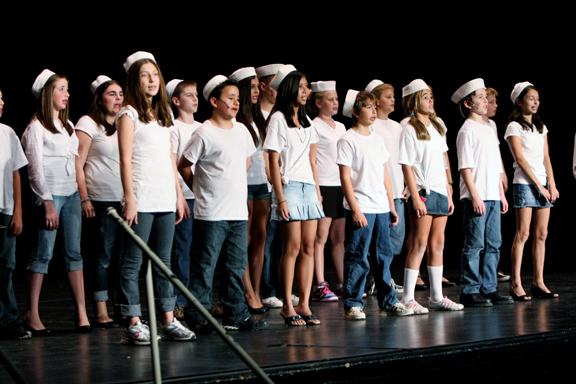 South Side Middle School students perform a musical number from "South Pacific," , and from "Hair" during "On With the Show," a production featuring Broadway favorites on Nov. 6 and 7.
Claudio Papapietro/Herald
Previous Next
Judy Rattner

Village stars were shining as Rockville Centre residents took to the stage in three recent productions.

Last Friday and Saturday, over 50 South Side Middle School students dazzled audiences in a tribute to the “Great White Way,” dubbed “On with the Show,” as they belted out favorites from “South Pacific,” “Hair,” “Bye Bye Birdie” and “Finnian’s Rainbow” that left everyone with a song to remember.

The Rockville Centre Guild for the Arts’ production of "Gypsy," two weeks earlier, had a number of villagers on stage and behind-the scenes as well. Directed by village resident Diane Donoghue, with the help of James Donoghue as stage manager, the show featured a number of other Rockville Centre residents including Christina Corsaro as Louise, Quinn Lysaght as Baby Louise, Erica Kudisch as Mazeppa, Sam Rieff as Pop, Dana Glick as a Hollywood blonde, Gaetano D’Auria-Gupta as Georgia and his brothers, Leonardo, Carmine, Marco and Franco as news boys and Brittany Berke as a hotel guest. Even Louise’s dog was played by Cappuccino Pressman, a terrier mix, who lives in Rockville Centre as well.

And former students, faculty and staff illuminated the stage at South Side High School on Oct. 17 in a benefit variety show that kicked off “The Fine Tuning Project,” a charitable foundation started by local businessman Anthony Roman to assist the Rockville Centre school district with its vision to grow and sustain a professional music and performing arts program and facility at South Side High School. Among other fine performances, the evening featured notable SSHS alumni including Broadway actors Max von Essen and Tony Wolf; Mark O’Connell from the rock band, “Taking Back Sunday”; taped appearances by comedian Dave Attell and “The Daily Show” executive producer Rory Albanese (along with John Oliver and Jon Stewart from the show); and a number of vocal and musical performances by Jennifer Barsamian, Gina Naomi Baez, Anthony Roman, Doreen Fryling, Debbie Schall, Gary Schall and Karen Faust Baer. Anyone interested in supporting the foundation can call (516) 255-8925.