Word of Life Ministry reaches Freeport and beyond 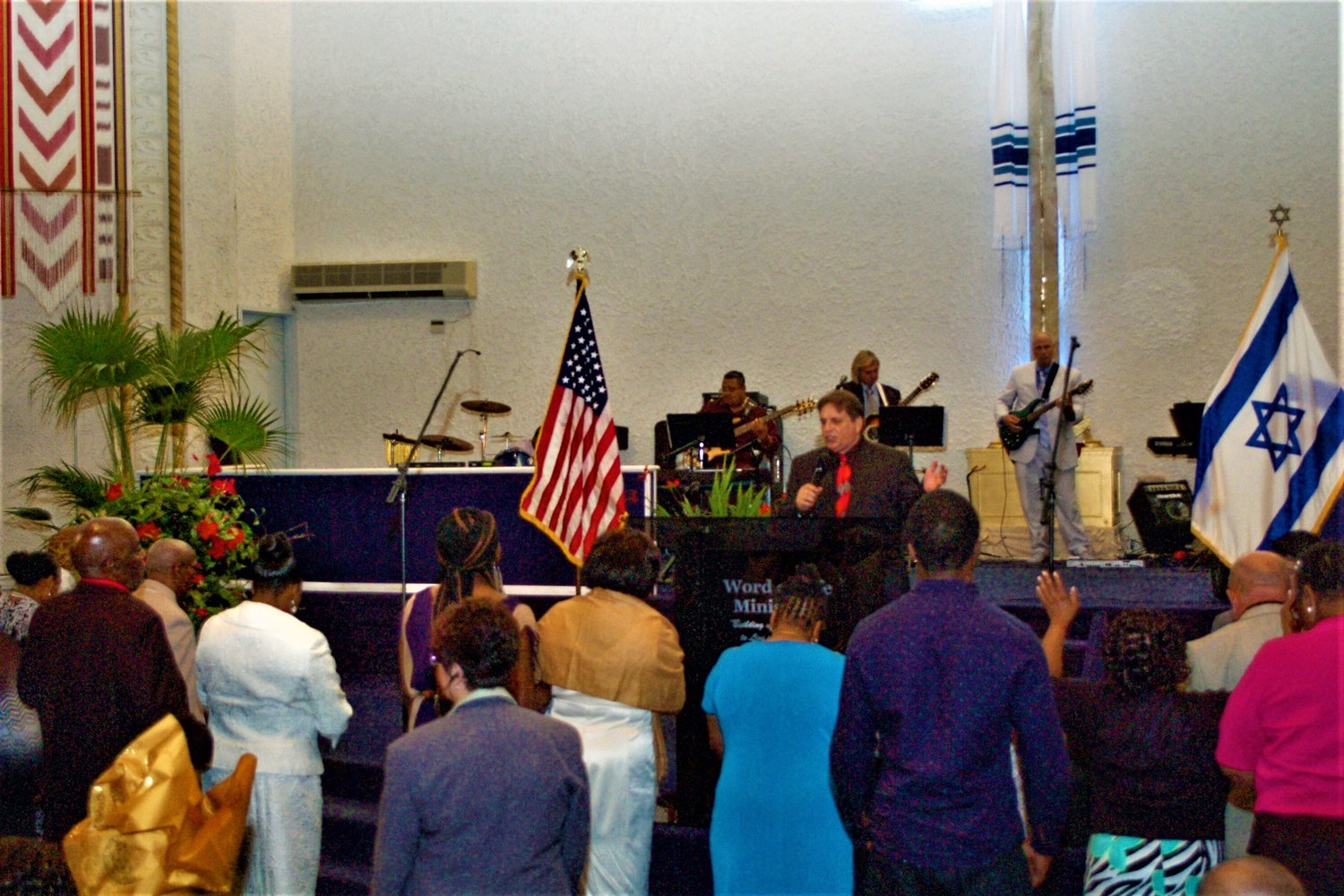 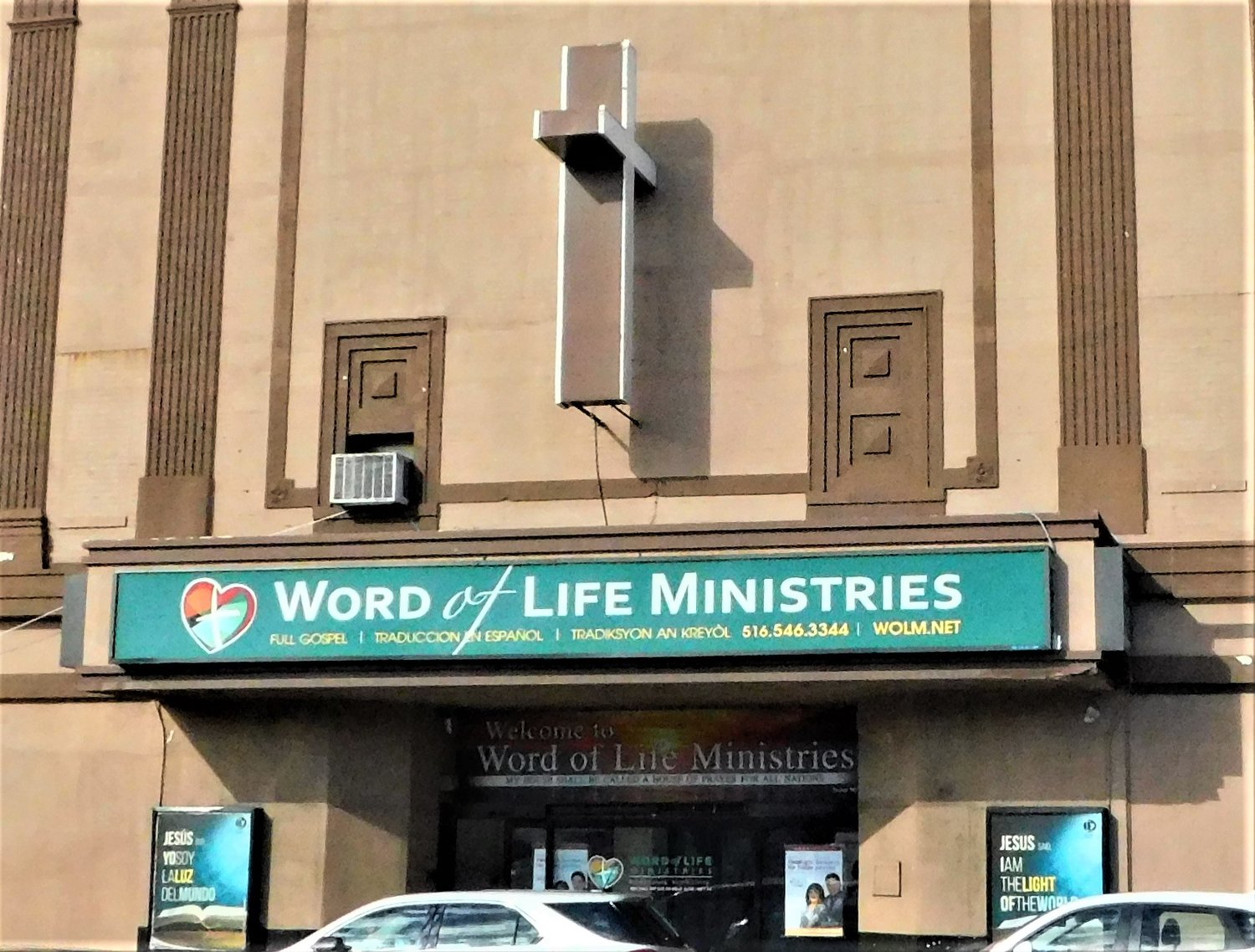 The church at 80 W. Merrick Rd. has a diverse and multilingual ministry.
Reine Bethany/Herald 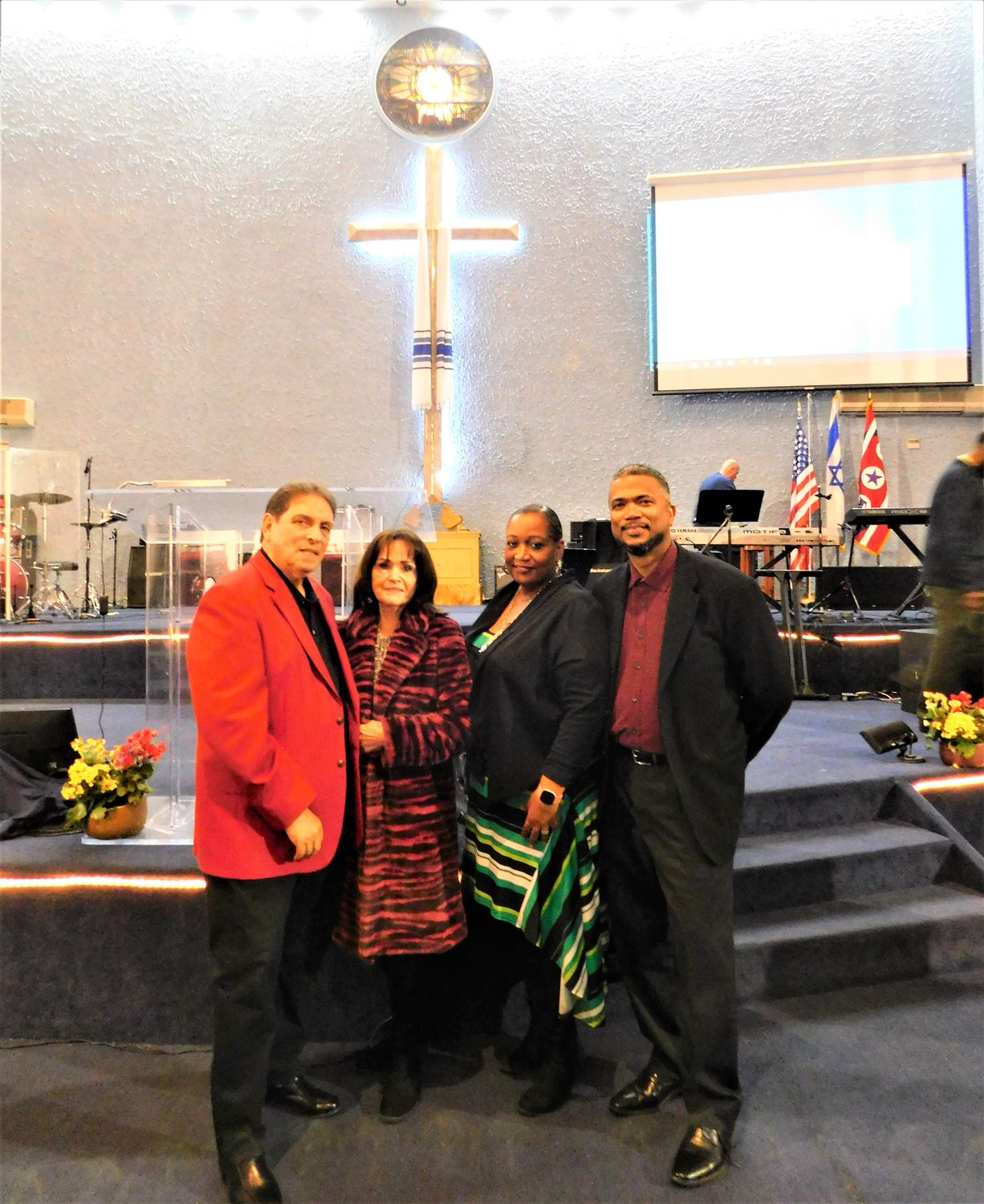 1942: Freeporters brought cast-off rubber (tires, etc.) to the theater to be collected for use by the military.

1960, 1970s: Businesses occupied the Grove building. Children’s Christmas and Easter parties and other village events were hosted in the theater area.

1979: Dr. Donald Harris and the Cathedral of Christ the King took over the Grove building.

1983: Pastor Gaspar Anastasi and wife Michele brought in Word of Life Ministries and bought the building.

"We bring what we have to others."--Pastor Greg Saint Jean

The motto of Freeport’s Word of Life Ministries has been applied in a big way since Senior Pastor Gaspar Anastasi and his wife Michele began leading the congregation almost 40 years ago. In 1985, the couple started New Life Dream Centers in Fort Myers, Florida, a “restoration care center for those seeking freedom from drugs, alcohol, a life of crime, prostitution, depression -- virtually anyone in need,” according to its website. The 15-month program claims a 90% success rate. In the Freeport location, Lead Pastor Greg Saint Jean and his wife, Martine, oversee the church’s Vine Groups, which are weekly meetings of small groups in each other’s homes for Bible study and fellowship. All the groups meet in the church building every fourth Wednesday. The church also runs an ongoing food pantry. During the height of the pandemic, a half-ton of food was given out twice weekly

In the heart of Freeport’s business district, Word of Life Ministries has opened its doors to preach healing and love in the name of Jesus for nearly 40 years. On Sunday, Nov. 21, it held a special Healing for Today Conference during its 10 a.m - 12 noon regular worship hours.

The church chose Nov. 21 for the conference because the date directly precedes the Thanksgiving-Christmas-New Year’s holiday season -- “during a time when many often face feelings of stress, anxiety, loneliness, and depression,” said a pre-conference press release, especially in a year when many families have lost loved ones to the coronavirus.

At the conference, about 150 people of diverse races sat or stood in the rows of red theater seats, united in worship before the tall cross that lit the rear wall of the altar platform.

Worship was led by eight musicians who sang and played on percussion instruments, strings, woodwinds, and keyboard. Words to the songs were projected in white on a purple screen affixed high above the altar, so conference participants could readily follow along.

Next followed the central focus of the conference: a lengthy period during which Pastor Gaspar prayed directly for each person who came from a seat down to the space in front of the altar platform and asked for prayer.

Seventy-five years ago, the space would have been occupied by a 21-piece theatre orchestra. Now it was filled with believers who stood worshipfully awaiting their turn to receive the pastor’s prayers.

Printed in tall, ornate gold letters above them, on the proscenium, were the words, “Have Faith In God. Mark 11:22.”

Pastor Gaspar walked repeatedly from one end of the large group to the other, bending his head to hear each person’s whispered prayer request. Often he then placed a firm hand on the person’s forehead or shoulder, saying, “Be healed, in Jesus’ name.”

Many responded to the prayer by standing quietly with eyes closed for a while, allowing the prayer to take effect within. Others smiled and thanked the pastors. A few collapsed softly, lowered to the floor by ushers who stood ready to catch anyone who responded this way. Those who fell were allowed to lie peaceably in place, inwardly processing what they believed to be the work of the Holy Spirit.

In their own timing, each of the persons prayed for rose from the floor or turned from where they stood and went back to their seats. When all who requested it had received prayer, Pastor Gaspar offered a microphone to whomever wished to testify to their healing, and several did so. One man said he had been healed of continuous bodily soreness that was most noticeable upon wakening in the morning. Another woman wept as she spoke. Her words were unintelligible. Pastor Gaspar took the mic to explain that she had been healed of cancer.

Pastor Gaspar next issued what is traditionally known as an “altar call,” an opportunity for anyone who wished to dedicate their lives to Jesus to come from their seats to the altar area and receive prayer, helpful counsel, and introductory literature from teams of church members.

Then, while Pastor Greg spoke words of encouragement and exhortation, a second offering was taken. Ushers walked down the aisles holding small buckets into which donations could be placed while attendees chatted among themselves in the rows, adding cash or checks to the buckets as the ushers passed by.

At last, Pastor Gaspar delivered a closing prayer. He and Pastor Greg, as well as their pastoring wives, remained in the front space to talk informally with exiting congregation members. The band quietly packed their instruments. An atmosphere of calm and fellowship pervaded the large space and followed attendees out the church doors.