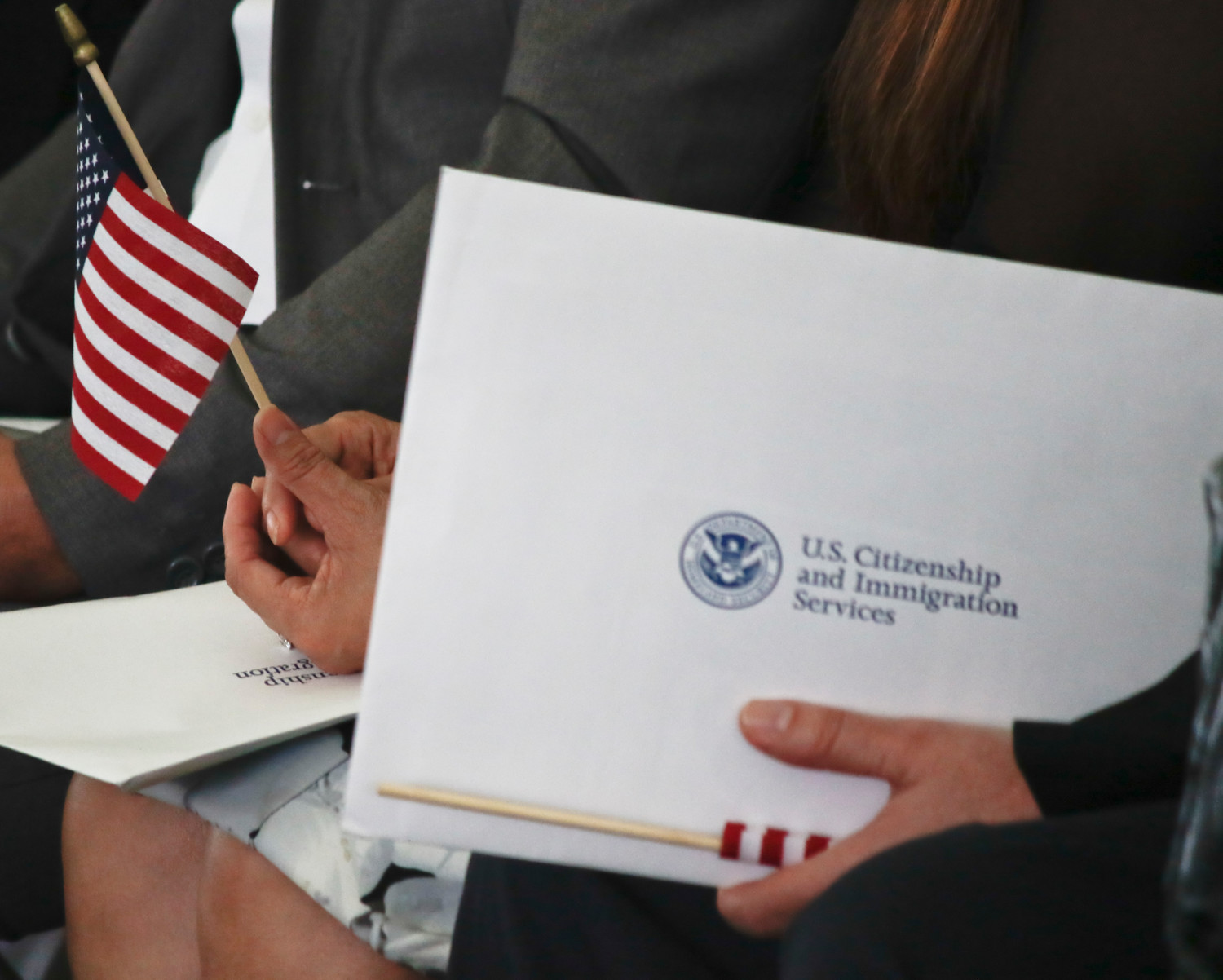 The Many immigrants whose Temporary Protected Status is set to expire soon are weighing their options, and hoping for a pathway to citizenship or permanent residency.
Christina Daly/Herald 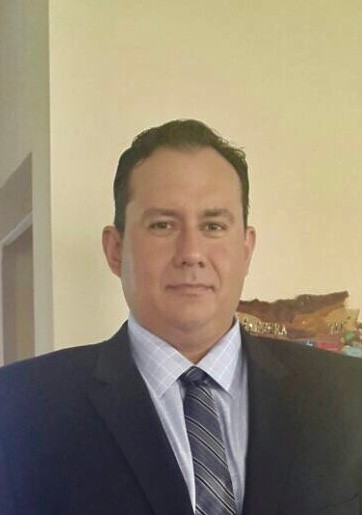 Freeport Immigration attorney, John Barrera is working with a large number of Long Islanders TPS holders and their cases.

The fees start to add up. We’re not just sustaining a living for our lives, but we’re also paying to keep his legal status current through TPS.”
Miriam Cota Ruedas, Barrera client

On a humanitarian level, taking away the TPS is going to be a disaster because it’s potentially destroying lives.”
John Barrera, Immigration attorney
Myths and facts about TPS

-The TPS program allows criminals to stay in the United States.

-TPS recipients are living off the hard work of American citizens, through welfare programs.

-TPS recipients’ native countries have recovered from the circumstances that required humanitarian intervention.

-Over the past 10 years, TPS recipients from El Salvador, Honduras and Haiti have contributed almost $7 billion in Social Security and Medicare taxes.

-Any TPS recipient convicted of a felony, or two misdemeanors, is not eligible for status renewal. Further, their convictions are often flagged by ICE databases, frequently leading to prompt deportation.

-TPS recipients are not eligible for food stamps, Supplemental Security Income or Medicaid, and are barred from several other forms of government assistance.

- Even if the initial impetus for TPS has ended, there is often a related long-term side effect that still lingers.

Flooded by clients who are now likely to lose their Temporary Protected Status, Freeport immigration attorney John Barrera is busy these days.
Congress created the TPS program in 1990 under President George H.W. Bush. Ever since then, it has granted TPS holders who have faced wars and natural disasters conditional resident status in the United States. It was intended as a humanitarian measure. President Trump, however, recently canceled the program for Salvadorans and Haitians, and Hondurans might be next.
Barrera is scrambling to help his many clients who fear that they will be deported back to their home countries, often after living for decades in the U.S. The cancellation of the program, many fear, could separate mothers and fathers from their children.


“They’ve been Americanized,” Barrera said of TPS holders. “And they’ve established their finances here in the United States. On a humanitarian level, taking away the TPS is going to be a disaster because it’s potentially destroying lives.”
Barrera has more than 20 years of immigration law experience, and in the last year opened an office on Sunrise Highway in Freeport. He also has offices in Kent, Wash., and Nampa, Idaho.
Among his local clients are Miriam Cota Ruedas, 36, and her husband, Julio Ochoa, 38, of Babylon. They recently came to Barrera seeking help with filing U.S. permanent resident papers for Ochoa, who is among the 200,000 Salvadoran immigrants living in the U.S. under TPS — roughly 12.5 percent of the total Salvadoran population here. Ochoa is among the estimated 20,000 Salvadorans on TPS who are married to U.S. citizens or legal residents.

A family in fear
Though Ochoa is married to a U.S. citizen, a pending deportation notice could cause problems over the next 18 months with securing permanent resident status for him. Cota Ruedas said she was hopeful, and thought Barrera would resolve the family’s immigration issues. Still, the possibility that Ochoa might be deported to his hometown of Santa Ana, El Salvador, because the TPS program was canceled hangs over the couple.
“This is causing our family psychological stress,” Cota Ruedas said.
The Trump administration has given Salvadorans formerly protected by TPS until September 2019 to leave the country.
Ochoa was granted TPS 17 years ago, he said. Before coming to the U.S., he spent his early years watching a civil war that raged for decades. After the war, the country was in recovery mode, but it would take years to rebuild.
In 1998, with no hope of an education or ability to find work, the 18-year-old Ochoa emigrated from El Salvador in the hope of escaping the wrenching poverty in which he was raised. In the mid- to late 1990s, there was a mass exodus from El Salvador to the U.S. and Canada.
Ochoa acknowledged that his arrival in the U.S. was not legal, and he spent a handful of years undocumented, living in the shadows. His status changed in 2001 after an earthquake 60 miles outside San Miguel, El Salvador, destroyed homes and killed hundreds. Then Salvadorans were granted Temporary Protected Status.
Before meeting Barrera, Cota Ruedas and Ochoa had spent more than $15,000 in legal fees trying to obtain permanent resident status for him, with no success. In addition, the family had to pay $495 in fees to the federal government every 18 months to renew his TPS status. Each time Ochoa applied for the renewal, he had to have his handprints taken and undergo a criminal background check conducted by the Department of Homeland Security.
The fees, Cota Ruedas said, “start to add up. We’re not just sustaining a living for our lives, but we’re also paying to keep his legal status current through TPS.”
An uncertain future
In El Salvador, Cota Ruedas was a family studies professor at the Universidad Nacional de Santa Ana and Universidad Modular Abierta in San Salvador. Now she works as a technician for a Bay Shore lab, drawing blood from patients. Ochoa works for a Long Island construction company.
Before TPS was canceled, the couple was planning to buy a home here and start a college fund for their 18-month-old daughter. With their future now uncertain, they have put those plans on hold.
The thought of being separated from his wife and baby girl is daunting, Ochoa said. Cota Ruedas said she would not take their baby to El Salvador after experiencing the extreme violence there. “Returning is not an option,” she said. “I don’t even want to think about him being sent back to El Salvador. He has nothing to return to. Our home is here.”
In a 2017 crime and safety report, the State Department’s Bureau of Diplomatic Security stated: “San Salvador, El Salvador’s crime is unpredictable, gang-centric, and characterized by violence directed against both known victims and targets of opportunity.”
Ideally, Cota Ruedas said, permanent residency and a pathway to citizenship are what she and Ochoa hope will happen.
Homeland Security Secretary Kirstjen Nielsen has said that the destruction caused by the earthquake in 2001 in San Miguel and other regions has been repaired. That is why, she said, TPS has been canceled for Salvadorans. Nielsen added that El Salvador is preparing for the return of its citizens from the U.S.
A year and a half, she said, should be enough time for TPS holders to make living arrangements in their home countries. Barrera, however, said that’s relatively little time for them to upend their lives here and start anew in their home countries. He added that he fears that many will go into hiding, living in the shadows as undocumented immigrants. “They’ve invested their money and lives to the U.S.,” he said.
Report an inappropriate comment