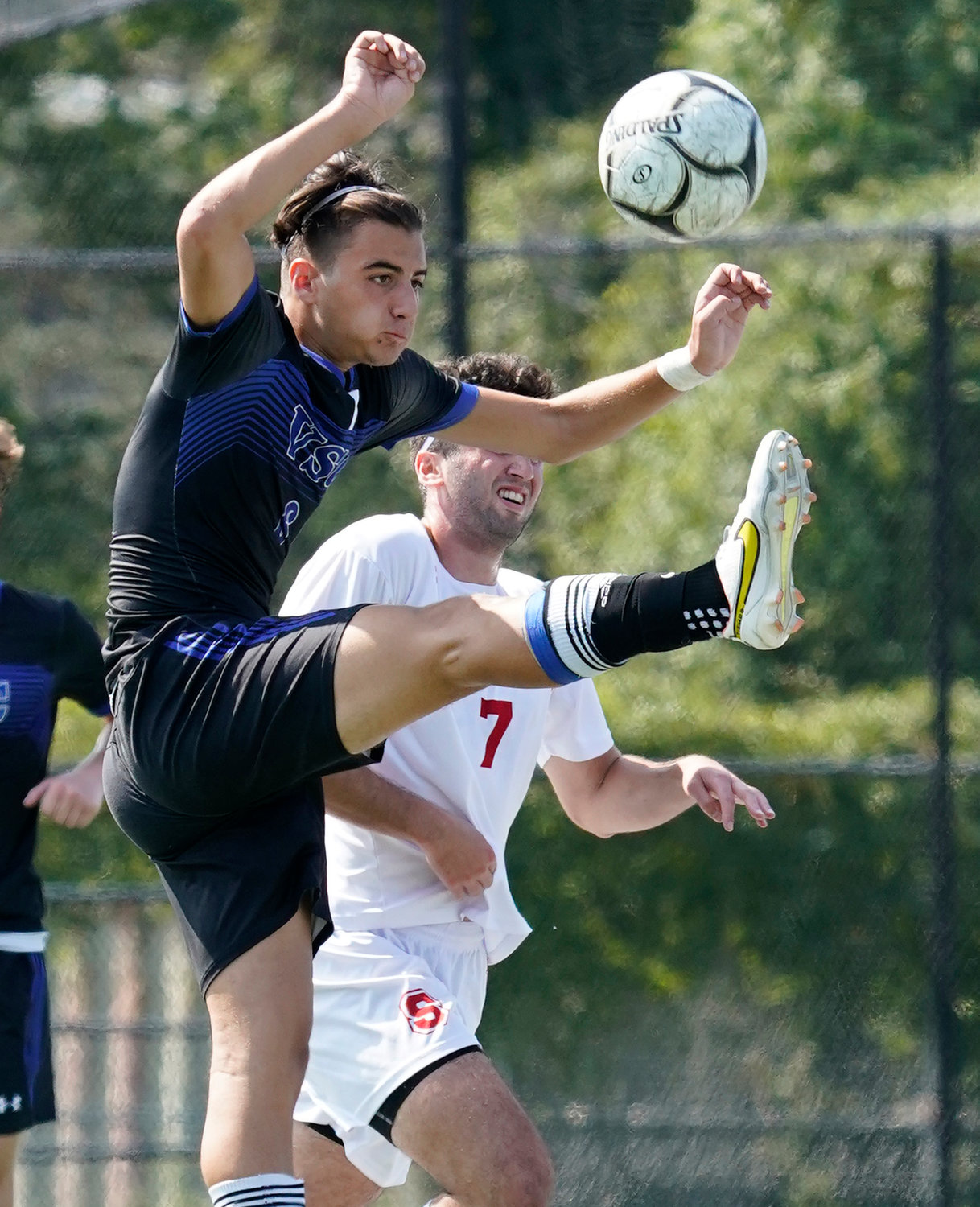 For anyone that plays sports, competing for the playoffs is a feeling that never gets old.
Last season, the Valley Stream Central boys’ soccer team finished ninth place with a 4-3-7 record and faced Syosset in the opening round of the Nassau County Class AA playoffs. The Eagles lost by one goal, ending their hopes of a county championship.
A total of eight starters are returning for the Eagles, all of whom are entering their senior year. Their biggest contributor on offense last season was Fortune Uzo, who led the team in goals and assists and was named Co-Conference AA Offensive Player of the Year.
“He’s been a very successful player over the last two years”, VSC coach Billy Miller said of Uzo. “We’re looking for him to return for his senior year and have another strong season.”
The two-time All-County forward factored on 16 of the 26 goals that Valley Stream Central scored last season, totaling just over 60 percent. The nine goals and seven assists that Uzo recorded make him the highest scoring returning player in Class AA.


Joining Uzo as part of the forward group this season is junior Andres Vazquez, who has impressed the coaching staff during practices and early game action.
“He’s been looking really strong,” Miller said. “He brings a lot of energy and this non-stop work ethic that we’re looking for up top.”
A strong group of midfielders for the Eagles include seniors Frankie Gonzalez and Emmanuel Kasiotis, but Caiden Marshall is a name to watch.
“He’s another guy who has a ton of talent,” Miller said. “We’re really looking to see him go from a strong player to somebody who can dominate on the field.”
Valley Stream Central’s defensive group features three returning starters from last year as seniors Nasir Bodden, Jean Daryl “JD” Derineau, and Tyler Tessoriere will lead the way in the back row.
“They really grew through the experience that they had last year,” Miller said. “I think it’s really important that they become those vocal leaders and help position people and communicate.”
Those three will welcome junior Christian Pelaez on the back end, who has also turned the heads of coaches leading up to the season. “He’s been looking really strong on defense for us and stepping up to take over one of our defensive positions,” Miller said.
Another crucial piece to the Eagles is senior goalkeeper Jonas Mata, who started all 16 games last year. “Jonas was a major part of the success that we had last year,” Miller said. “I think he’s really going to take the next step forward this year.”
In total, the All-Conference keeper stopped 112 shots in 16 games, averaging seven saves per match.
Led by their strong group of seniors and some hungry underclassmen, Valley Stream Central will look to take the next step in 2022 and make a deep postseason run.
“I know the players have some unfinished business that they want to take care of,” Miller said. “We think we have the ability to compete with all the teams in our conference.”