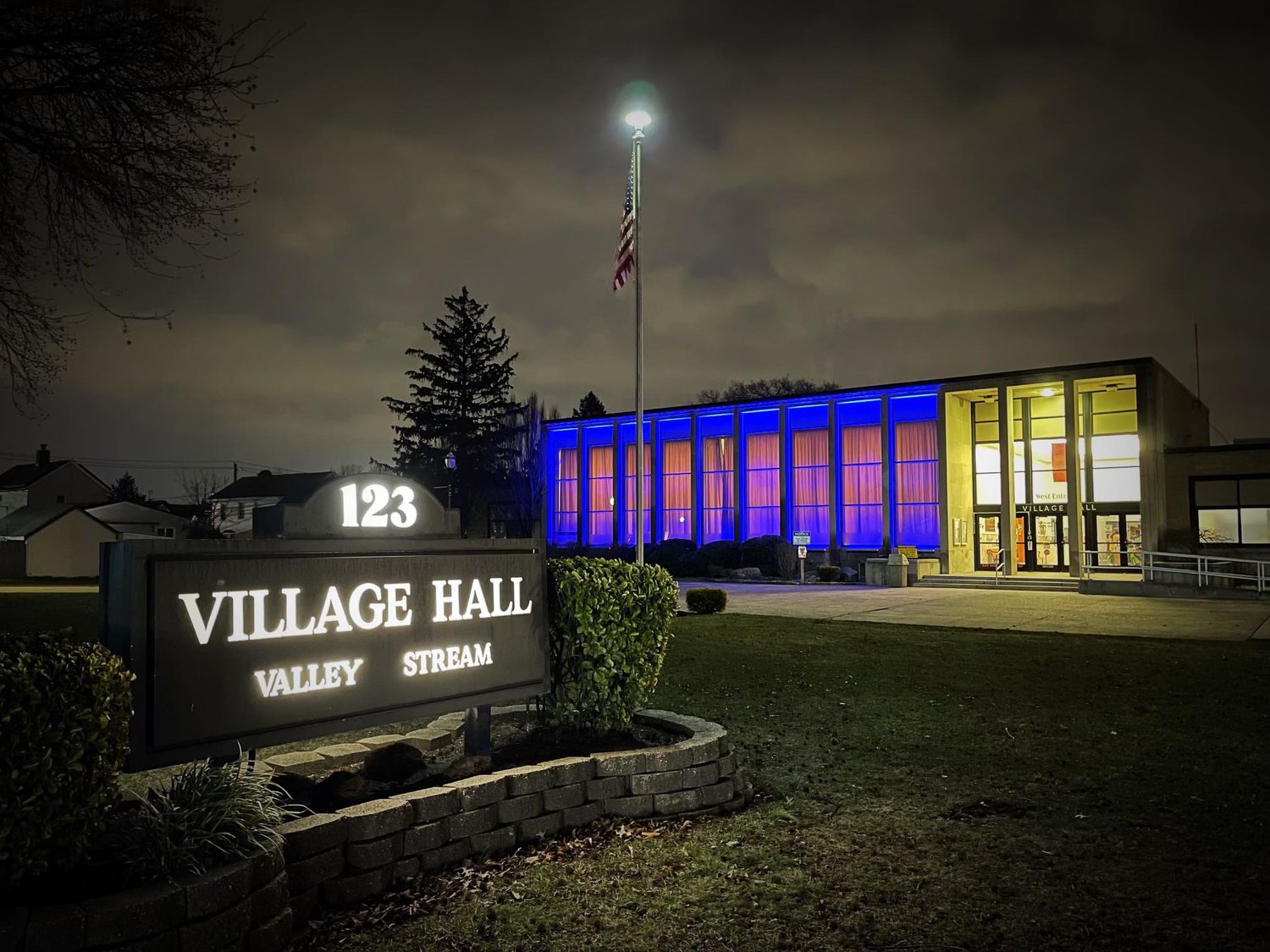 Valley Stream Mayor Edwin Fare and village board trustees directed the lights at Village Hall to shine blue in support of the men and women of law enforcement. The gesture was made in recognition of a recent Harlem shooting that claimed the life of New York Police Department officer Jason Rivera, 22, and, after the display began, officer Wilbert Mora.

“We mourn the senseless murder of NYPD officer Jason Rivera and the wounding of Wilbert Mora, who is in critical condition,” Fare said. “Now, as always, we stand with police, firefighters, members of our military and frontline workers who are always at the ready to support and defend each and every citizen.”