Village of Valley Stream gets a B- in PCLI transparency study 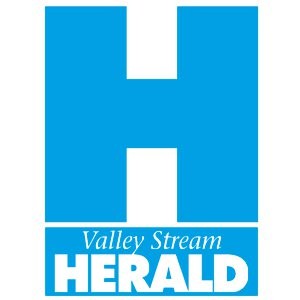 2.Provided list of names of employees detailing their names, titles, offices and salaries, a list that government agencies are required by law to maintain and provide upon request.

3.Provided the subject matter listing, a document listing the types of records that the agency keeps on file, which agencies are also required to maintain and provide upon request.

4.Provided a copy of the agency’s policy detailing its protocol for responding to records requests, a policy which FOIL law requires municipalities to codify. Local governments are required to have a written FOIL policy that stipulates who the freedom of information officer is, what hours a person making a FOIL request can pick up files, to whom appeals of record request denials should be made, and other information.

5.Provided copies of the five most recent minutes of legislative meetings, which legislative bodies are legally required to maintain and provide within two weeks of meeting. This request was only sent to villages, cities and towns, not the counties.

7.Governments and agencies received a point if they didn’t charge us for electronic copies of requested documents or charged us the legally allowed 25 cents per page for paper copies. They lost a point for excessive fees.

9.Governments and agencies received a point if they provided the documents via email but received no points if they were only able to send paper copies in the mail. A half point was awarded if a portion of the documents were emailed.

10. In the helpfulness category, governments and agencies received one point for turning over the documents well before the legal deadline, sending documents they’re not required to maintain—including board meeting agendas, FOIL logs or subpoena logs—emailing copies of documents listed on their website when they could have sent a link or having directions on their website explaining how to request records.

The Press Club of Long Island released an exhaustive study of municipalities’ response to Freedom of Information Act requests on March 13, in which the Village of Valley Stream received a B- score.

PCLI indicated in the study that the village clerk called back the same day to preview a letter of acknowledgment that was sent a few days later.

“In its reply, the village scored points for emailing its payroll list, FOIL policy and board meeting minutes,” the study reported. “The village lost a point for not maintaining a subject matter listing and lost a half point for its response time when it missed the 20-day deadline to provide all of the documents without requesting an extension.”