Wantagh cheers to the top 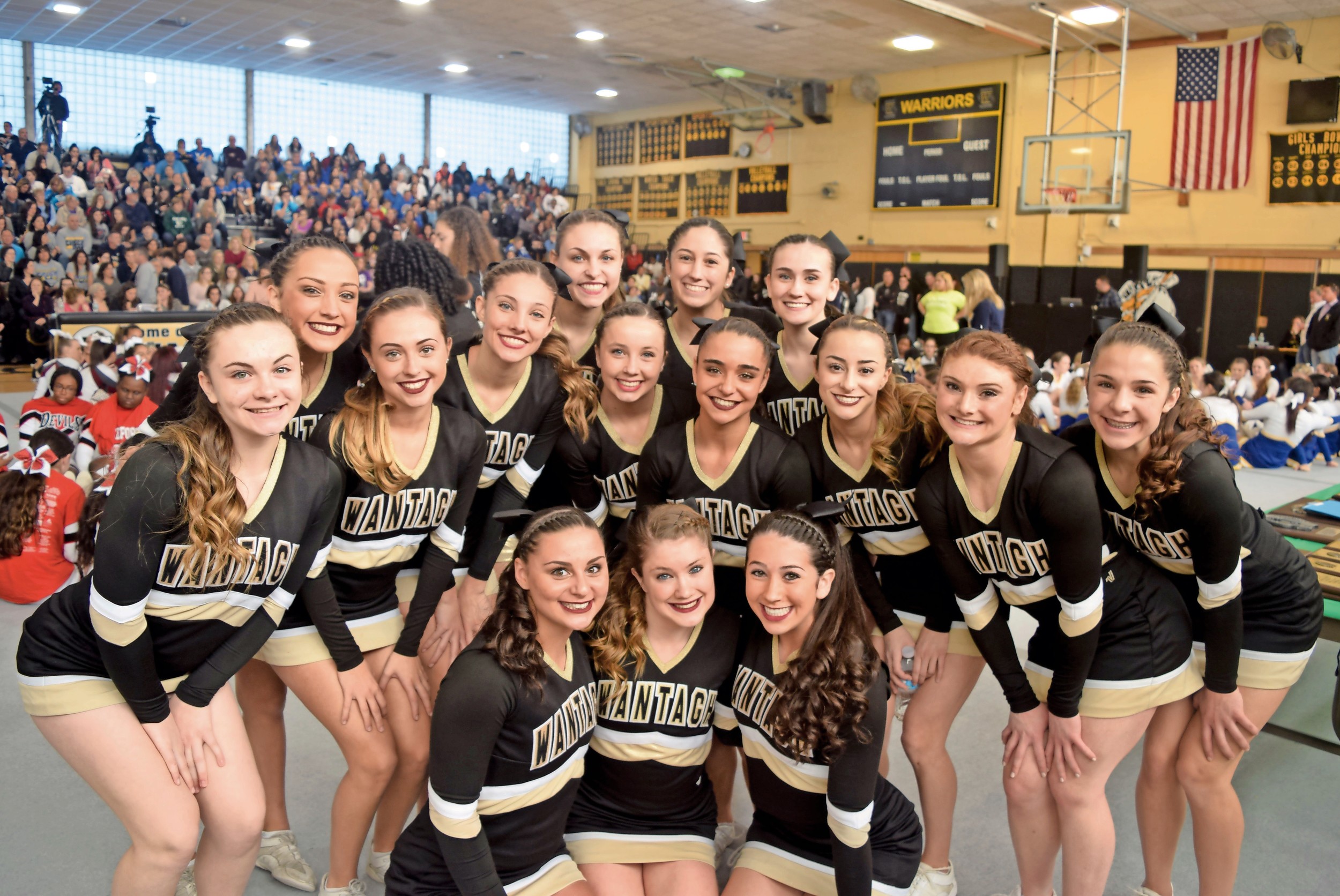 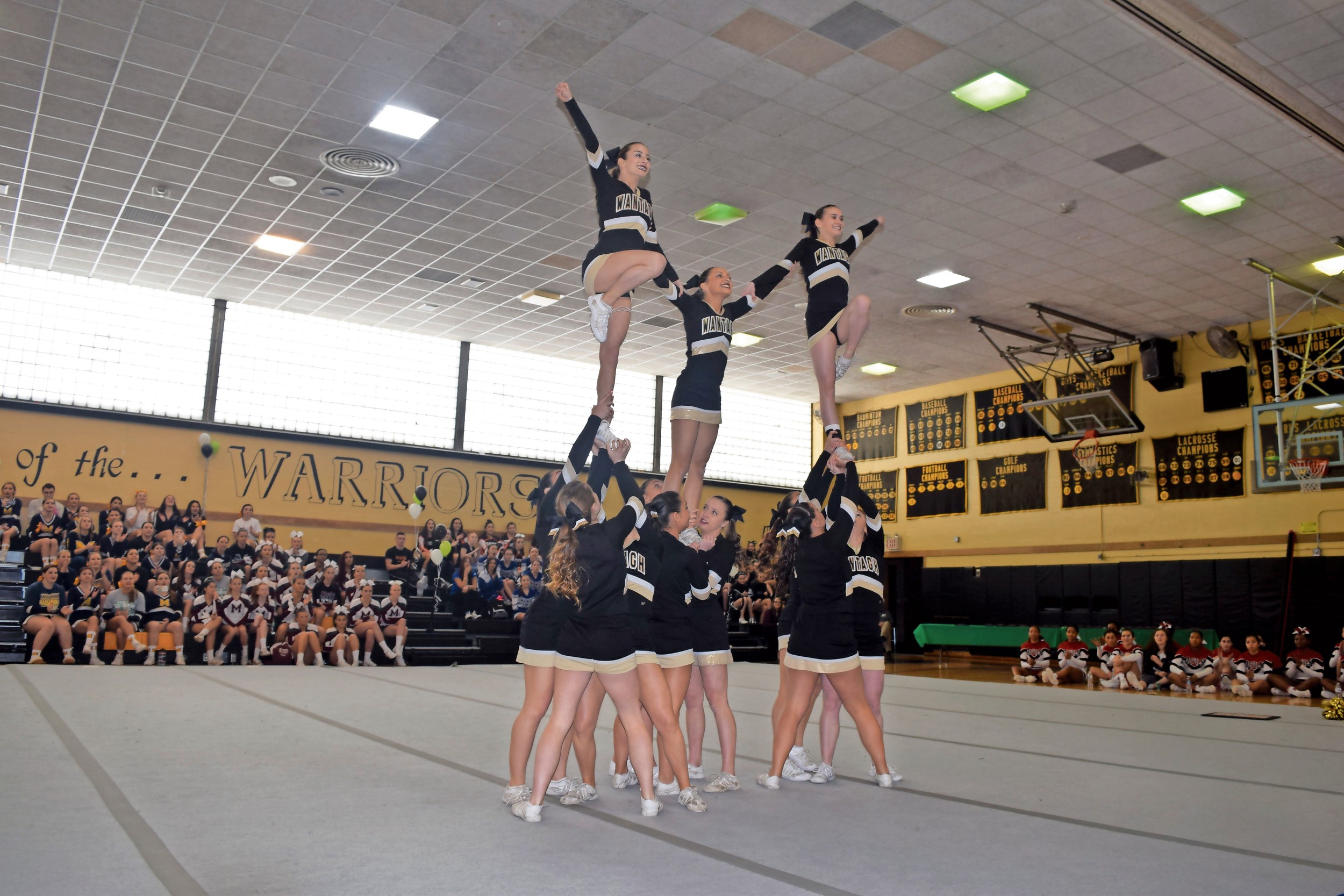 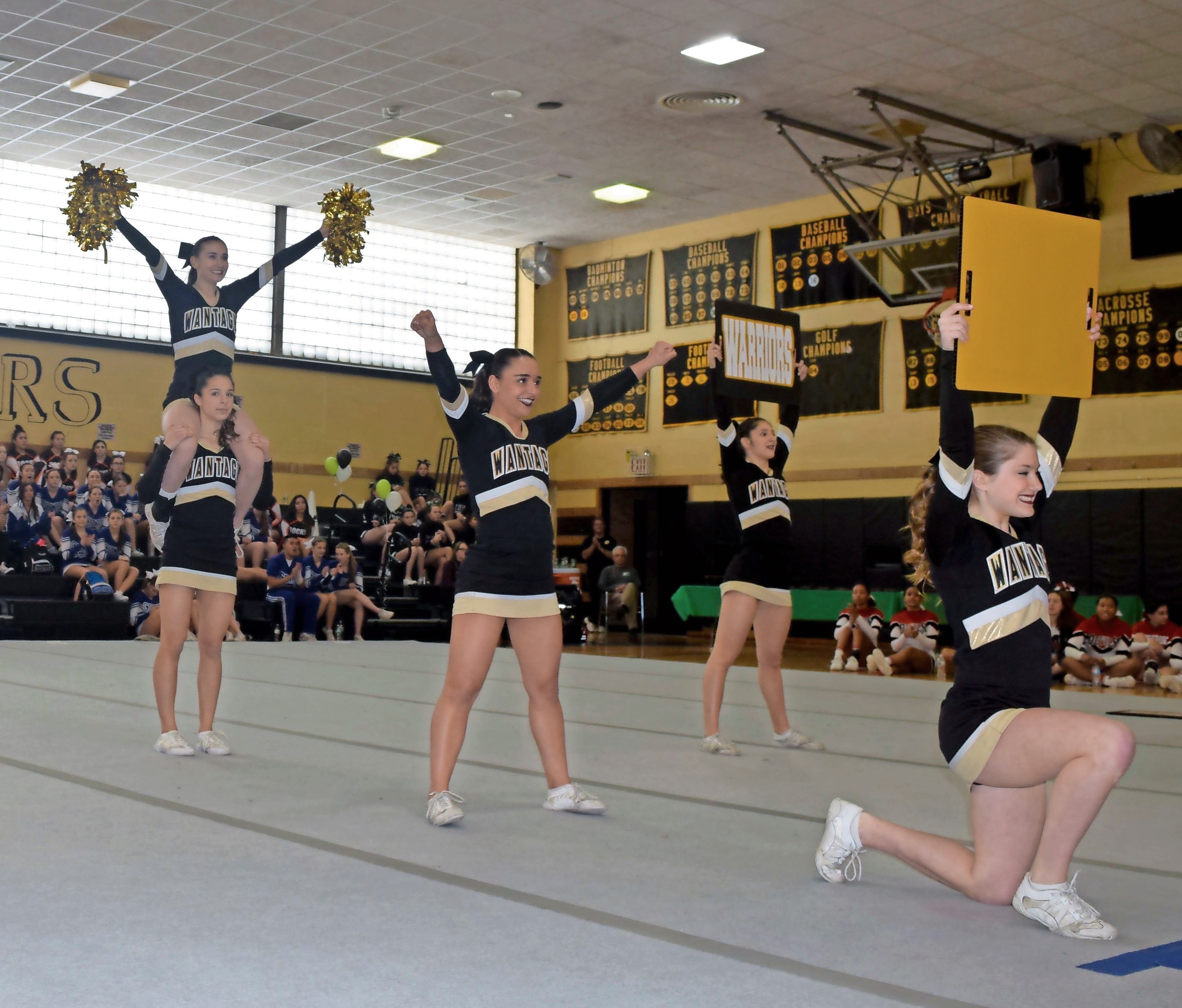 The Lady Warriors shouted a chant at the county contest on Feb. 26.
Rebecca Anderson/Herald 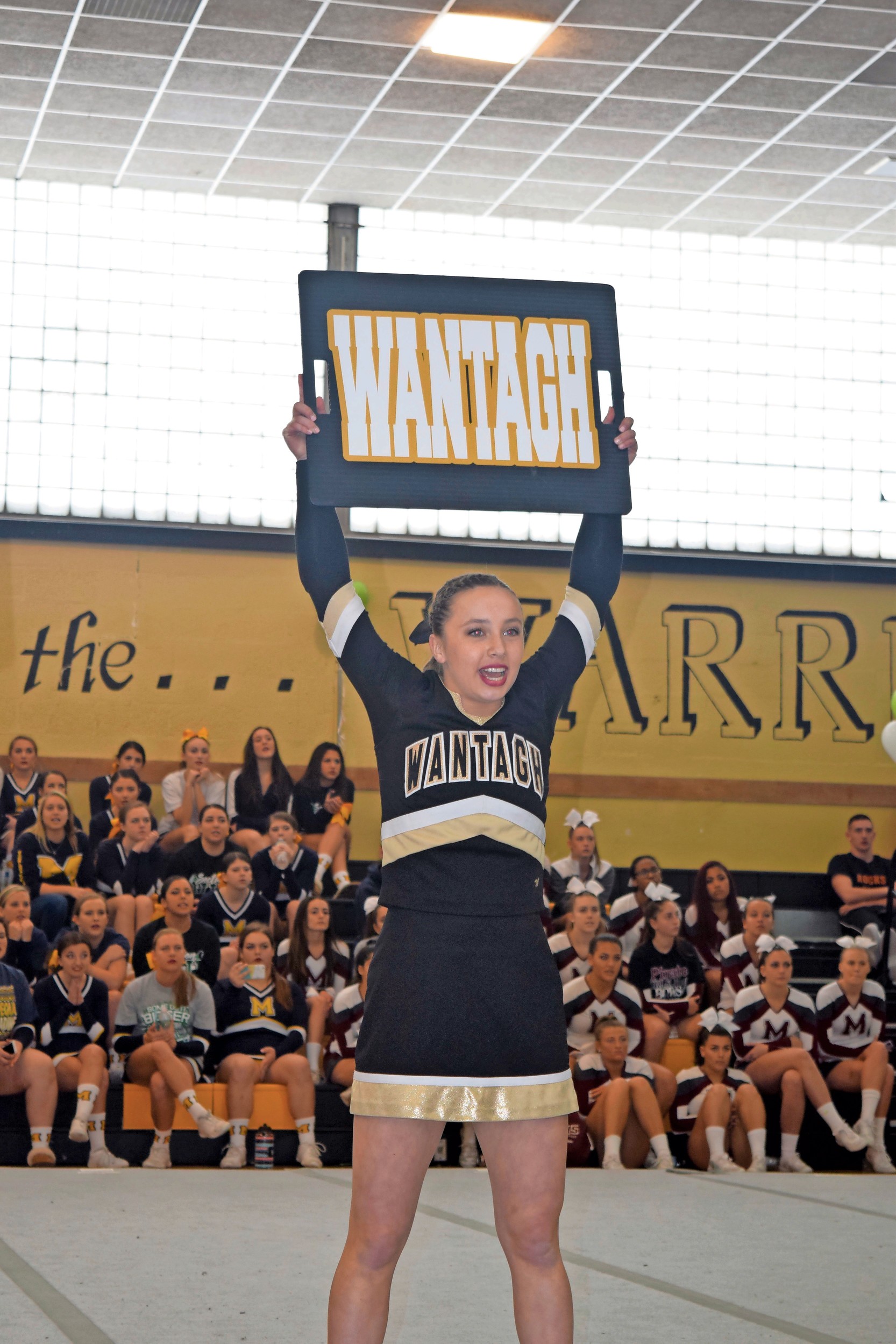 Universal Cheerleaders Association judges have commended the team’s use of signs in national contests.
Rebecca Anderson/Herald
Previous Next
By Rebecca Anderson

When members of the Wantagh High School varsity cheerleading team, decked in their signature black and gold uniforms, took the stage at the National High School Cheerleading Championship at the Walt Disney World Resort in Orlando, Fla., last month, they didn’t suspect they would make history. Of the 62 teams from across the country in Small Varsity Division II, Wantagh placed sixth.

“Placing in the top 10 percent of the nation is just a huge accomplishment,” said Matt Schneyer, the school’s new varsity cheerleading coach. “I couldn’t be more proud.”

The Lady Warriors weren’t just successful nationally this season — for the second consecutive year, They won the Small Varsity Division I title in front of a hometown crowd at the Nassau cheerleading championships on Feb. 26.  The victory earned them a spot in the New York State Public High School Athletic Association Cheer Championships, which will be held at Onondaga Community College this weekend.

The national competition, sanctioned by the Universal Cheerleading Association, which took place on Feb. 11 and 12 and was televised on ESPN and ESPN2 to more than 100 million homes nationwide and 32 countries each year. The event, which UCA has dubbed the “World Series of cheerleading,” also streamed live on Varsity TV on Varsity.com

Schneyer, a former UCA judge who has coached cheerleading teams for five years, said that the Wantagh team worked hard to place in the top 10. Last year, the Lady Warriors took 11th place at nationals — and they were determined to improve on that this year, Schneyer said.

“Wantagh always had a good cheerleading program and a good reputation,” he explained, “but in the eyes of UCA, they weren’t clean and crisp. So that was my job — to come in and clean them up.”

Schneyer said that the 12 students on the team quickly developed chemistry that grew over the season. He likened the tight-knit group to a family.

“Whenever you come into a new program, you have to start from square one and figure out where the team’s strengths and weaknesses are,” Schneyer said. “In the end, we all worked together to make it happen.”

Senior Bridget Connolly said that this year’s group had positive energy, and that she was honored to compete at nationals and serve as one of the team captains. “In a way, everyone was a captain,” she said. “This is … a sport where everyone has to work together.”

The cheerleaders will travel to Syracuse for their second state contest. Last year they placed fifth.

After the state championships, the team will make preparations for the future. Schneyer said he is sad because four seniors will graduate in June. “The underclassman have very large shoes to fill,” he added.

Connolly said she plans to cheer on the collegiate level. She’s visiting universities that have nationally renowned cheerleading programs, such as Towson University in Maryland and the University of Alabama.

“It’s going to be a whole new world,” she said with a laugh.