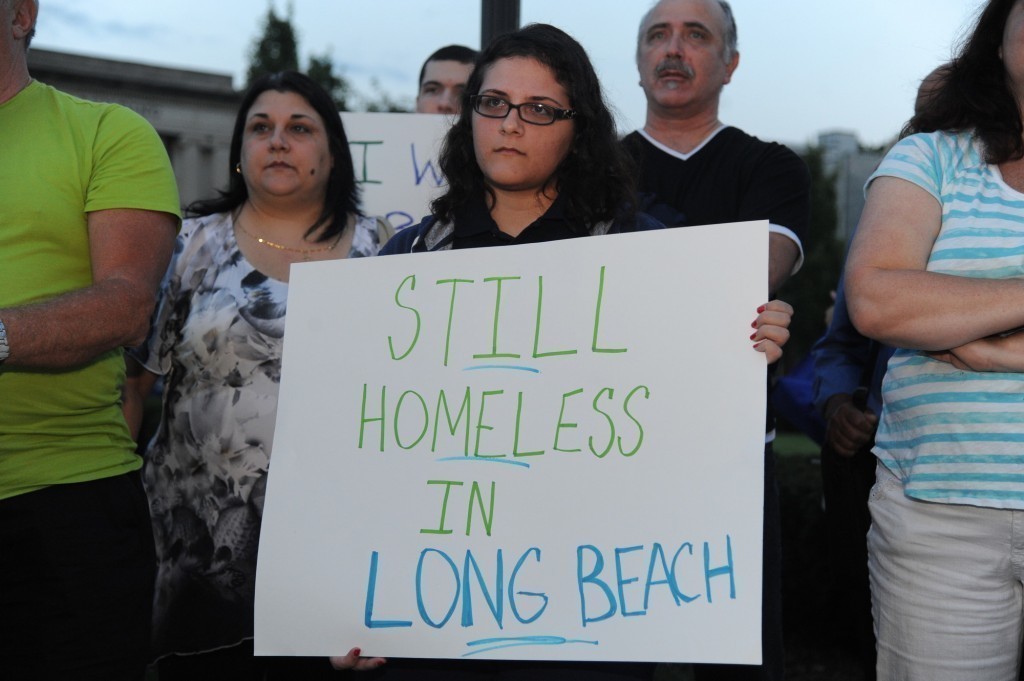 South Shore residents have held many rallies over the past year to protest the complicated NY Rising program.
Herald file photo
By Alexandra Spychalsky

State Assemblyman Harvey Weisenberg has called on Gov. Andrew Cuomo to extend the deadline for residents to file for the NY Rising program, for what he calls “ a variety of compelling circumstances.”

The state-run Hurricane Sandy aid program closed to new applicants on April 11. Weisenberg said that he had heard from constituents who did not have access to technology to apply for the program, endured constantly changing criteria or did not understand the significance of the deadline due to illness, age or disability. In a letter to Cuomo, dated Sept. 23, He asked the governor to extend the deadline for enrollment until Dec. 31.

“It’s a cry for help, from people who are still devastated because of the difficulty and changes in the process,” Weisenberg said. “We have a whole population of people in trouble trying to get a resource that they’re entitled to. I just feel that too many people that are deserving are not going to do what they need to do to be able to have some kind of stability in their life and recover.”

State representatives, however, said that the program enrollment remained open for a year, was well publicized and is currently serving thousands of Long Beach residents.

Weisenberg said that many residents have come to his office since the enrollment period ended in April, and told him they were unaware of the deadline and now were unable to obtain grant money they needed to fix their homes. Long Beach has a large elderly population that is not as proficient with technology or does not have access to it, he said, and many were not made aware of the importance of the deadline.

“People are coming to my office — they had disabilities, problems in their families — a lot of people were not properly given information to understand that there was a deadline,” Weisenberg said.

Professor Plum, in the back of the library, with drug awareness