West Hempstead in search of scoring 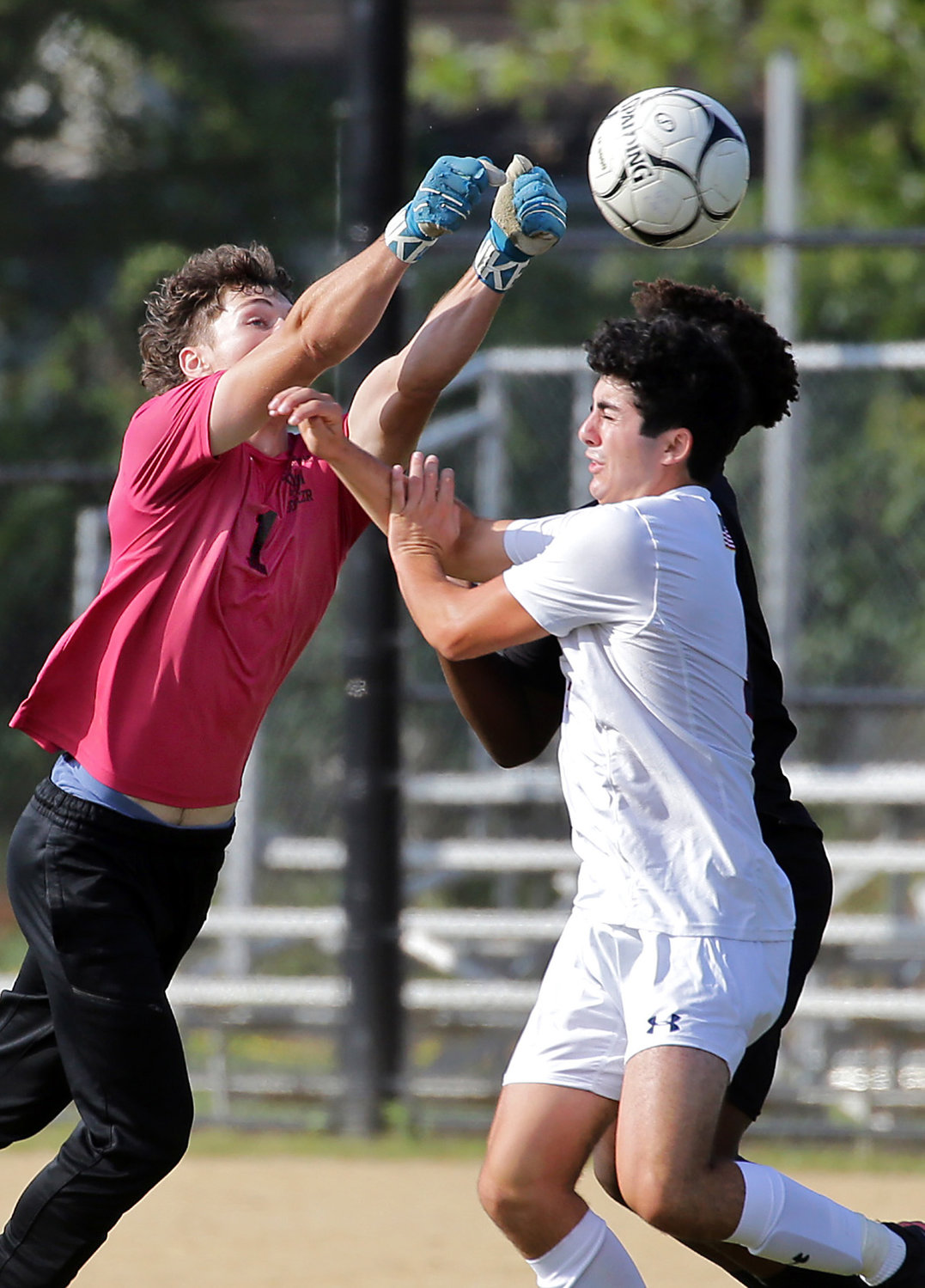 After reaching the Nassau Class B boys’ soccer semifinals last season and falling in overtime to eventual county champion Locust Valley, it’s been a tough start to 2022 for West Hempstead.
The Rams are still searching for their first victory and fell to 0-4-1 following a 1-0 home loss to Cold Spring Harbor last Saturday.
They’ve managed just two goals so far, but coach Chris Van Kovics likes how the defense and goalkeeping is giving West Hempstead a chance in every game.
“We’re not getting the ball down to the other end of the field enough and sustaining enough pressure,” Van Kovics said. “We’re working and trying to get better every day. We’re not losing games 5-0. We’re losing 1-0 and 2-1. Defensively, we’ve been very good.”
The Rams lean heavily on their backline as well as their last line of defense, senior keeper Bryan Burgess. A third-year starter coming off an Honorable Mention All-County season, he’s been nothing short of tremendous so far according to Van Kovics. “He’s doing everything in his power to help us,” the coach said. “He made 8 saves against Locust Valley and they were all outstanding. Hopefully we will find a way soon to give him more offensive support.”


Defense has been an area of strength, Van Kovics said. Seniors Kamau Leslie, Anthony Blanco and Jeremy Cruz are full-time returning starters and haven’t stepped off the field yet. Leslie is at sweeper, Blanco at stopper, and Cruz at right fullback.
“They’re all over the place and playing every minute,” Van Kovics said of the trio. “Against Locust Valley, we were wary of their offense but we did a very nice job defensively limiting their opportunities. Those guys also have the green light to make runs and try to create odd-man rushes.”
Rounding out the defense, it appears as though senior Samuel Mwenda is molding into a reliable left fullback. “It’s his first season playing in a few years,” Van Kovics said. “He’s a big body and smart with the ball.”
Offensively, things haven’t gone according to plan just yet but Van Kovics said senior midfielder Moises Gomez is the team’s top scoring threat. “We might be bumping him up to forward,” Van Kovics said. The group is expected to get a boost soon with the debut of junior Carlos Mejia, who recently was cleared to play. He’s a left-footed, offensive-minded middie. Freshman Angel Guzman has stepped into the midfield and just needs some varsity experience under his belt, the coach noted.
Senior Walter Ruiz is the Rams’ most versatile player. “He’s played all three positions in a game already and is also our backup goalkeeper,” Van Kovics noted.
Junior Xavier Sarmiento, who played JV last fall, is contributing in the midfield and forward. Junior forward Kevin Alonso has stepped up to score twice.
“We’re not in panic mode,” Van Kovics said. “We’ve talked about sharing the ball more and spreading out the field.”
The Rams host Wheatley on Saturday at 10 a.m. as part of the school’s Homecoming day.