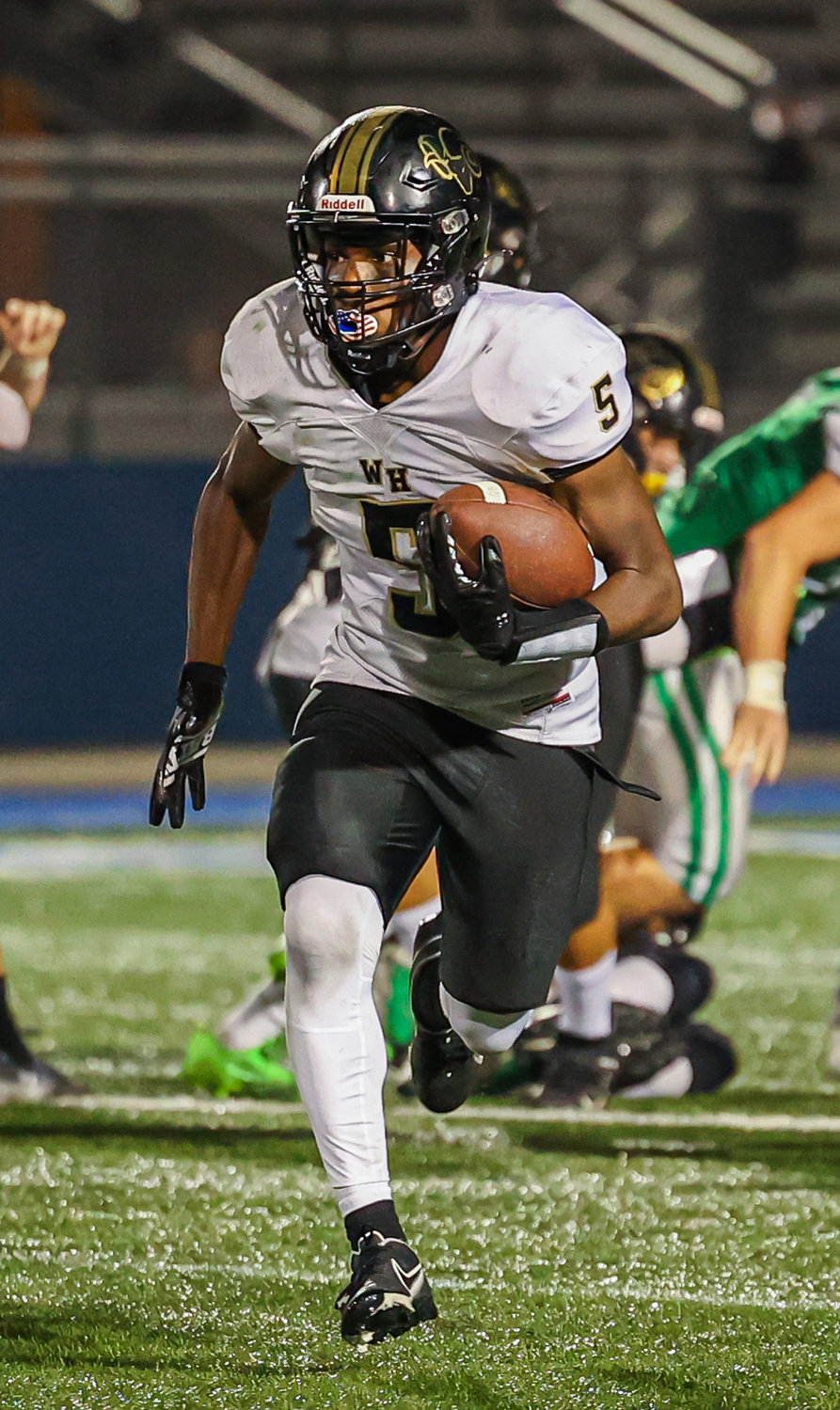 Jonathan Balthazard was part of a strong ground attack for the Rams in their 36-20 semifinal playoff win over Seaford.
Karen Millindorf/Herald 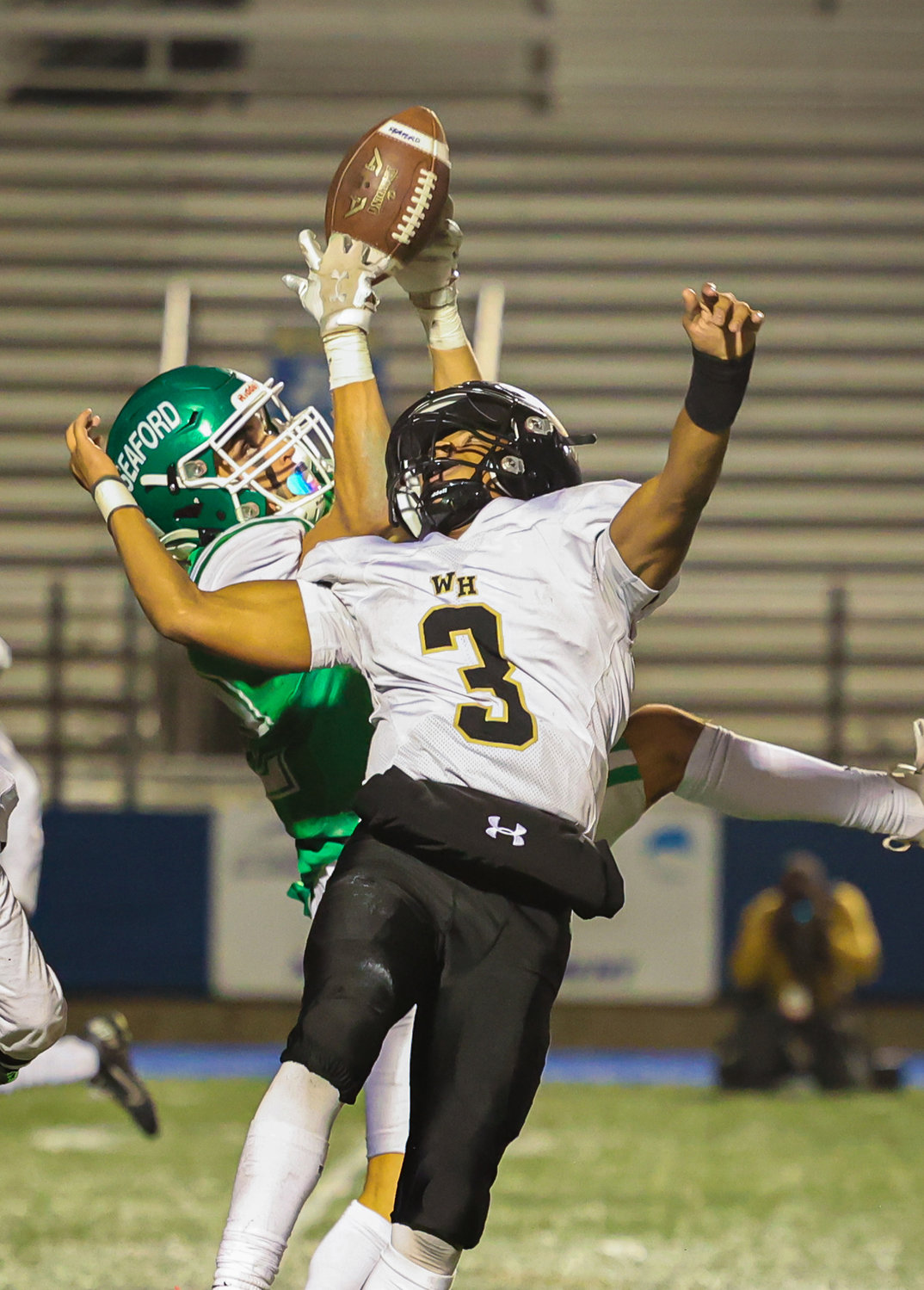 After falling to West Hempstead in the Sept. 9 opener, Seaford was looking to change the script Nov. 10 with a berth in the Nassau Conference IV football championship game on the line.

For the Vikings, there was no revenge on the menu as West Hempstead made its presence felt in the fourth quarter to come out on top, 36-20. The Rams are in the county finals for the first time since 1985 and face defending champion North Shore this Friday at 4 p.m. at Hofstra.

“We were down one at halftime but put our heads down and stuck to the game plan,” West Hempstead head coach Dom Carre said. “It was a hard-fought win.”

A lengthy opening drive for the Vikings went nowhere as a touchdown was called back and a missed field goal in the red zone gave the ball to the Rams and A’lorenz Chatman, who opened the scoring with an 80 yard touchdown carry on their first offensive play. The All-County senior concluded the day with 165 yards.

Following the explosive score, Seaford responded as quarterback Sean Costello ran in a 7-yard touchdown to conclude a 7:42 long drive. The senior put together a stellar outing of 171 passing yards, two rushing scores, and a passing touchdown to Devin O’Donnell.

“I thought he played great,” Seaford head coach Michael Corcoran said of Costello. “I thought he was the best quarterback in the conference this season. I don’t think he could’ve played any better.”

West Hempstead spent a majority of time on defense during the first half, but that didn’t seem to frustrate the Rams and senior Brendan Close, who stopped Seaford from converting on 4th and goal to close out the half.

“At that point it’s all a mental game,” Close said. “Especially being down at the goal line because you don’t want them in.”

All three of Seaford’s offensive drives in the opening half made it to the red zone, but the Vikings came away with just seven points to show.

“It definitely takes a little wind out of their sails,” Carre said. “Any time your offense is stopped on the goal line, you’re like ‘shucks, we missed an opportunity.’”

The tables turned in the second half for the Rams offense, especially the fourth quarter, where they scored three touchdowns, two coming from Jonathan Balthazard and the other courtesy of junior Gavin Lee. Balthazard compiled 116 rushing yards on six carries.

While Chatman led the way in carries and rushing yards for the contest, Balthazard and Lee provide plenty of options. “They’re both (A’lorenz and Jonathan) super talented,” Carre said. “We have a balance and we mix the quarterback in there. You call the offense the way it’s meant to be called which keeps them off balance.”

The Vikings had an opportunity to pull even getting the ball just shy of midfield with five minutes to play, but West Hempstead hunkered down and shut down any chance at Seaford’s comeback.

The Rams’ only loss this season came against North Shore on Oct. 15 when they lost at home, 14-7.