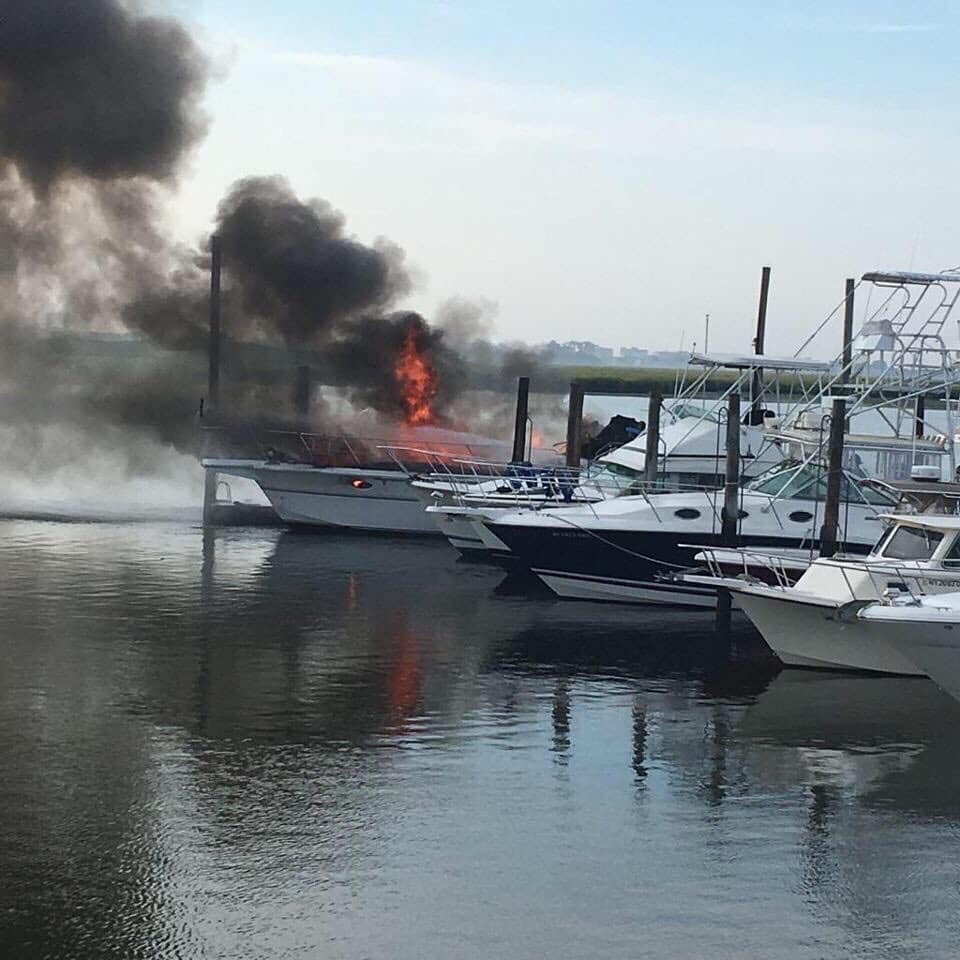 A fire sank one boat sank and two suffered minor damage at the Keystone Yacht Club in Woodmere on Aug. 22.
Facebook/Inwood FD
By Matthew Ferremi

Nassau County police said that a 39-foot yacht docked at the Keystone Yacht Club in Woodmere caught fire on Aug. 22.

Fourth Precinct officers responded to the call at 7:15 a.m. and found the yacht fully engulfed in flames. The NCPD Marine Bureau Unit also responded to the scene and received assistance from the Hewlett, Inwood, Lawrence-Cedarhurst,  Woodmere and Long Beach fire departments to extinguish the fire.

The yacht subsequently sank into the water. No injuries were reported. Two yachts docked nearby sustained minor damage, one a 31-footer and another 34-feet in length.

The Coast Guard and the New York State Department of Environmental Conservation also responded to contain fuel and other liquids that spilled into the water. The Nassau County Arson Bomb Squad is  investigating the fire.