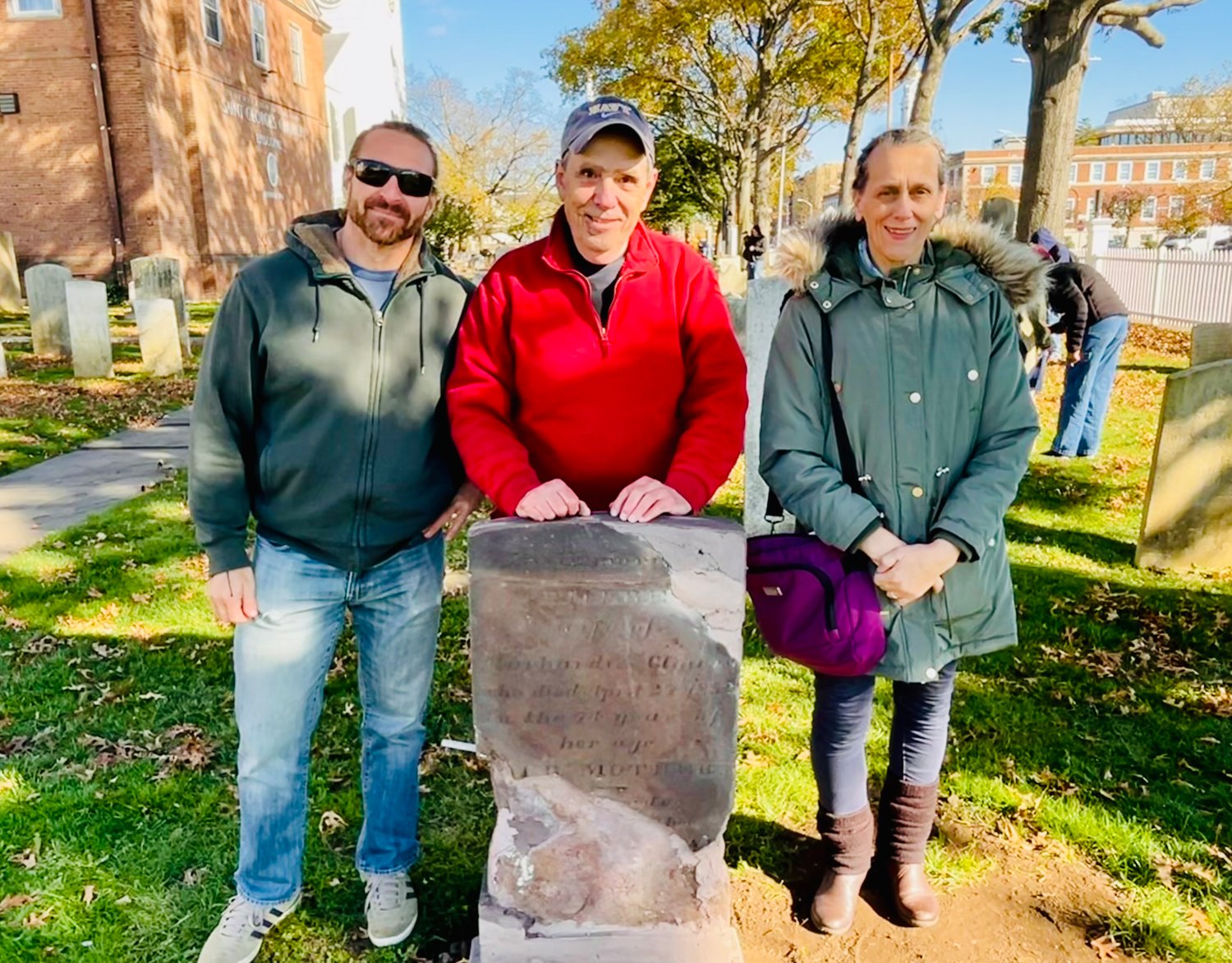 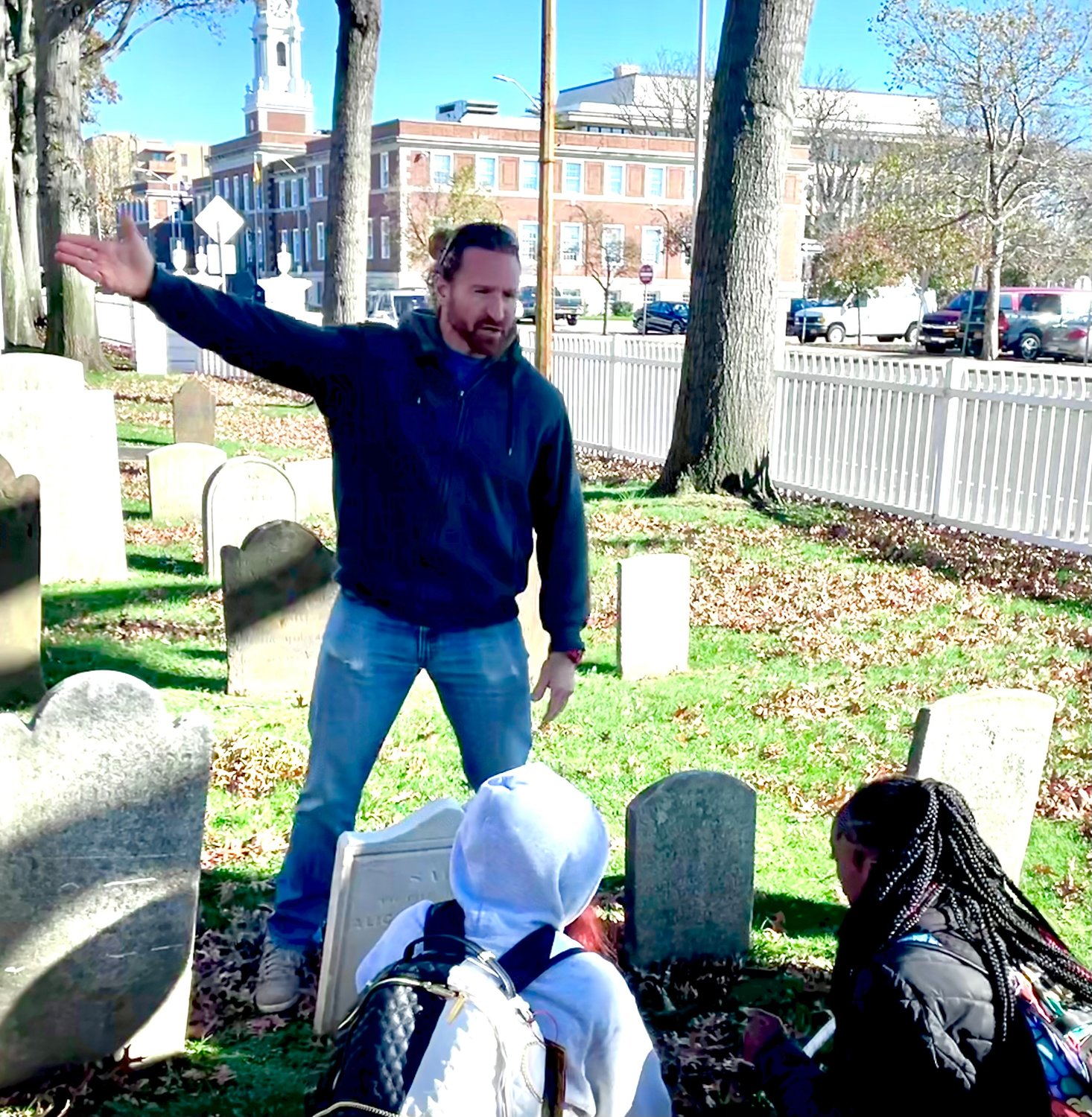 Who would have thought that a churchyard with crumbling old gravestones would make a fine spot for a geology lesson?

The idea occurred to Daniel Baxt, a science teacher at Baldwin High School, after reading a Newsday article about the ancestral gravestones at St. George’s Episcopal Church in Hempstead.

The article described how Amy Vacchio, director of the Rock Hall Museum in Lawrence, worked with Rock Hall researcher Matthew Longo to map and list the names on the 500-plus graves at St. George’s.

Baxt told St. George’s warden Reine Bethany, “We’re just about to start a unit on weathering and erosion. The history of the church and the age of these stones would make it a perfect experience for these kids. They can see the names of people with local historical value on the gravestones, and look at geological weathering right in front of them.”

Bethany is also the Hempstead Village historian. She connected Baxt with the website of Vacchio’s project, HistoricStGeorgeCemetery.org.

Baxt and his students studied the grave map on Vacchio’s website. Baxt also prepared an extensive handout about the mechanics of weathering, how to identify the types of rock from which the gravestones were made, and how to calculate their rate of weathering.

On Nov. 14, the class came to St. George’s. Bethany gave them a brief tour of the 1822 church building and of the graveyard.

An unexpected treat awaited the group: Bruce Williams, a descendant of the Clowes family line, happened to be at St. George’s, working on the restoration of Clowes gravestones from the 1700s and 1800s.

The Clowes helped to found the Town of Hempstead in the 1640s. Their descendants remained influential for the next three centuries. In 1853, Thomas Clowes, a major Hempstead businessman, was on the team that incorporated the Village of Hempstead.

Williams explained the mortar and the special epoxy he was applying to the sandstone grave markers.

“The restoration of these gravestones is necessary because it’s a piece of your past,” Miller said. “Gravestones are about your great-great-grandparents, your aunts, your uncles. They should be remembered, so you understand the history of this country and your family.”

Baxt then divided the students into groups and distributed instruments for measuring and analysis. In the brisk midday sunlight, the students crouched around the gravestones with rulers and calipers, applied miniscule drops of acid to identify markers made of marble, and recorded information in their handouts.

“I like this project,” said Christian Boock, one of Baxt’s students. “I think it’s cool learning about how rocks form, and testing the gravestones with the acid. Sometimes they have the histories on the gravestones. It’s basically social studies class and science class all at once.”