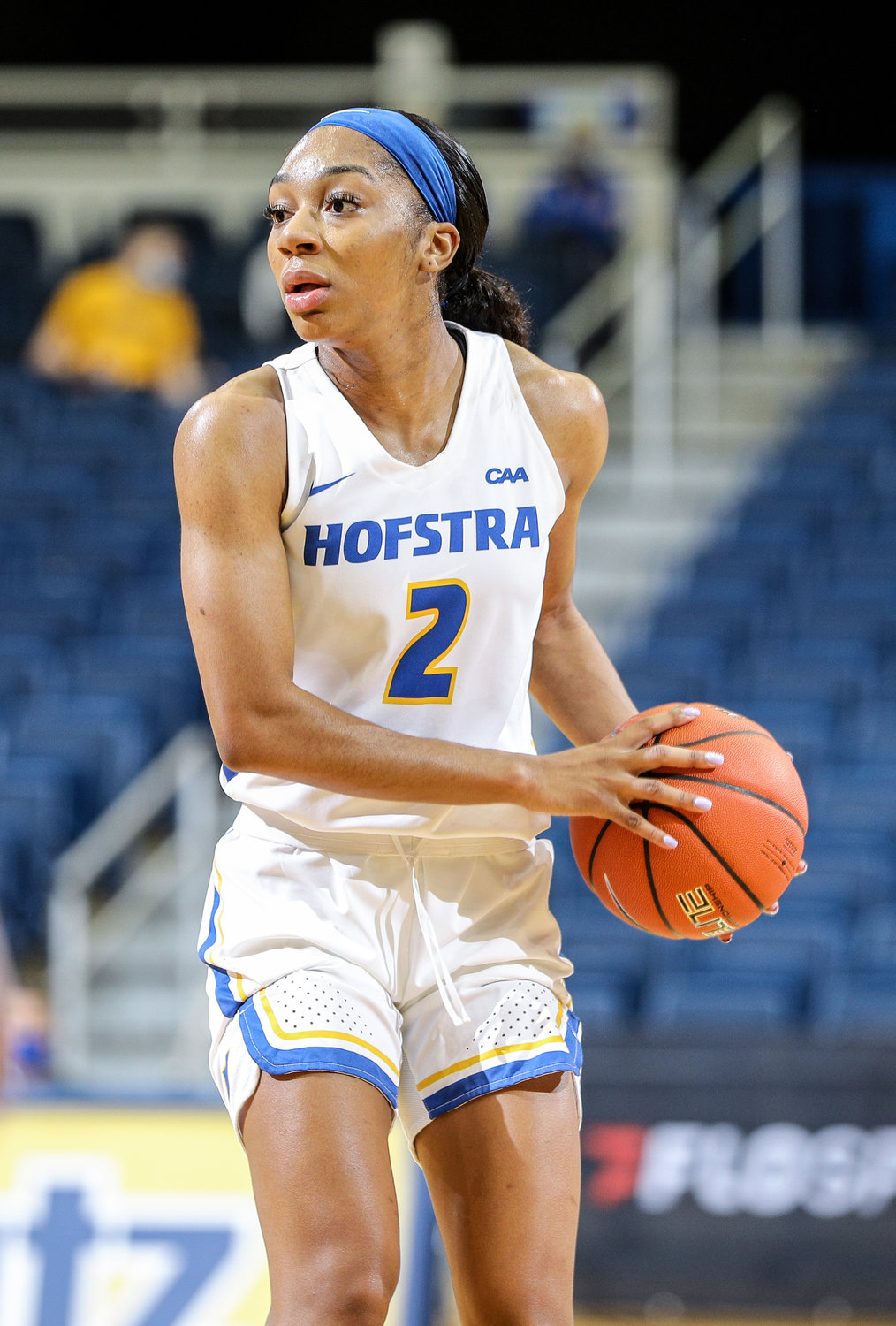 JaKayla Brown is coming off a big junior campaign that saw her lead the Pride with 16 points per game.
Courtesy Hofstra Athletic Communications
By Andrew Coen

Santos Atkinson is now hoping to build off last year's 8-12 season where the Pride went 5-7 in the CAA and reached the conference semifinals. Hofstra improved from a three-win 2019-20 season that featured a number of close losses.

“Our goal is to build off of how we finished the season last year," said Santos Atkinson. "It all came together at the end of the year."

The Pride returned eight players including senior JaKayla Bown, a preseason All-CAA selection who averaged 16.3 points per game last season. Brown suffered an injury in last Saturday's 59-37 loss to Ole Miss and missed the remainder of the game.

Junior guard Sorelle Ineza adds a spark to the Hofstra offense after missing last season due to injury following a freshman season that landed her on the All-CAA Rookie Team. Ineza hit a buzzer beater on a long two-point jumper in Hofstra's 55-53 victory against Loyola Maryland on Nov. 20.

"Having her on the floor has definitely been a breath of fresh air," said Santos Atkinson of Ineza. "She is such a positive and optimistic person and just has a calming spirit about her."

Seniors Jaylen Hines, Jahsni Knight and Jaala Henry also add experience as returning starters. Henry, who transferred to Hofstra from Pittsburgh in 2019, tallied a career high 16 points in a 72-57 win at Kennesaw State on Nov. 26.

Hofstra's CAA schedule tips off on New Year's Eve with a home game against UNCW at 2 p.m.