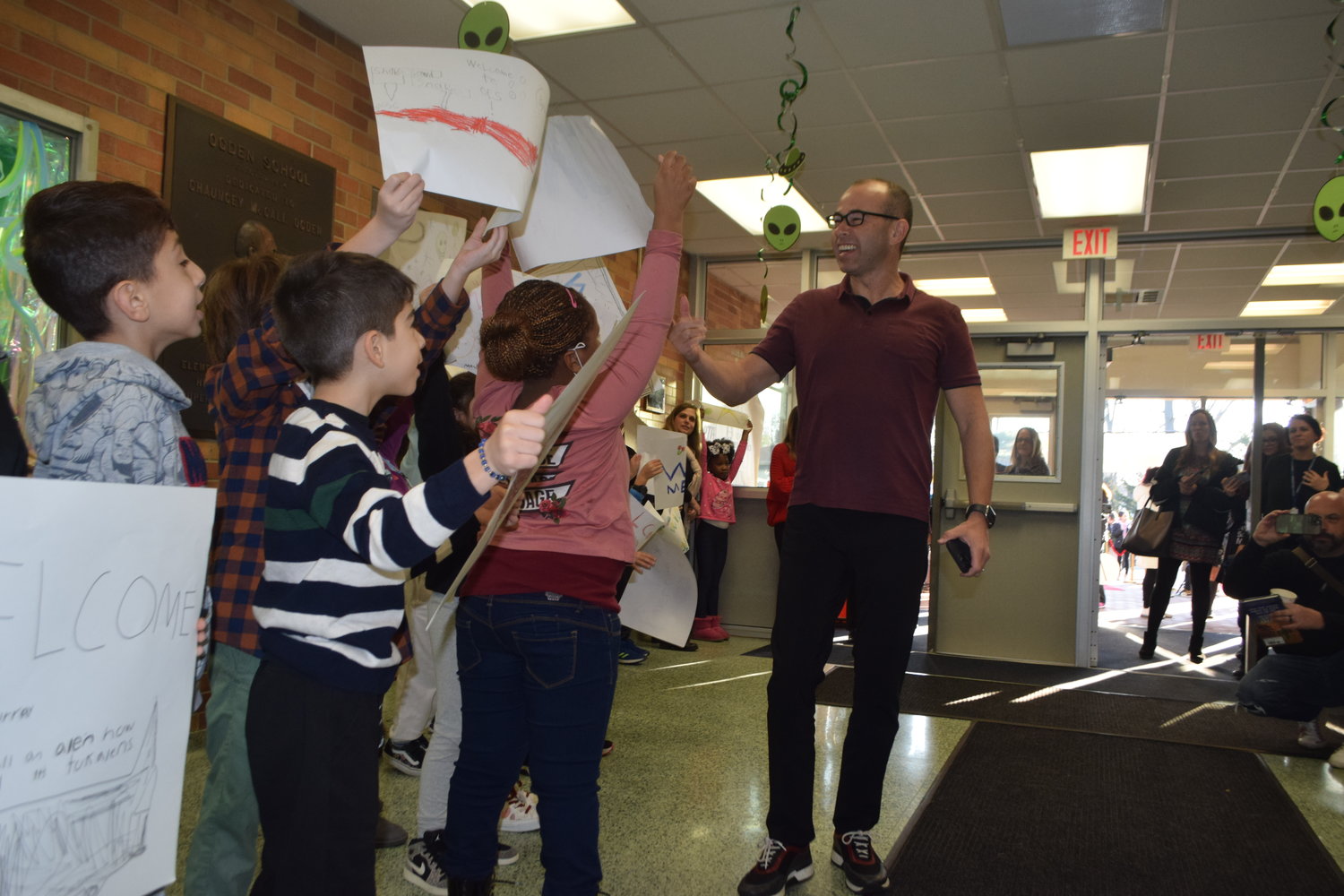 The red carpet was laid down outside Ogden Elementary School on March 16, the students held welcome signs outdoors and inside the building’s lobby with many shouting “James Murray, “James Murray,” and then he arrived, “Murr” from the “Impractical Jokers” television show.

Getting out of the car, Murray grabbed his phone and began video recording the scene as the children and the adults waved and cheered hello. “We need something like this,” Ogden Principal Dina Anzalone said, about not only have a famous TV star and author visit the school but that the event made everyone feel normal after two years of the coronavirus pandemic.

Murray and his co-author Carsen Smith are promoting the first of what will be at least three books geared for kids. The first one just released on March 15 is “Area 51 Interns: Alien Summer.”

“So much of the ‘Impractical Joker’ fan base are kids, kids watch the show with their parents, grandparents, it’s like a family show that it was just natural that we eventually write a children’s book together,” Murray said, in the school’s library with Smith surrounded by three students: fifth-grader Jackie Soltanovich, fourth-grader Abby Frazer-Baez and fifth-grader Evan Petithomme.

“It’s really exciting because it’s not every day that you get to meet a celebrity, someone you watch,” Soltanovich said.

After reading three chapters Petithomme likes the characters. “Because the characters have all these different things about them and I feel it’s nice, it’s awesome,” he said.

Carsen and Murray then spoke to students in the school auditorium speaking about the book, future book ideas and taking the children’s questions.

This story will be expanded for the March 24 Herald.

Rockville Centre native making it big in the music industry