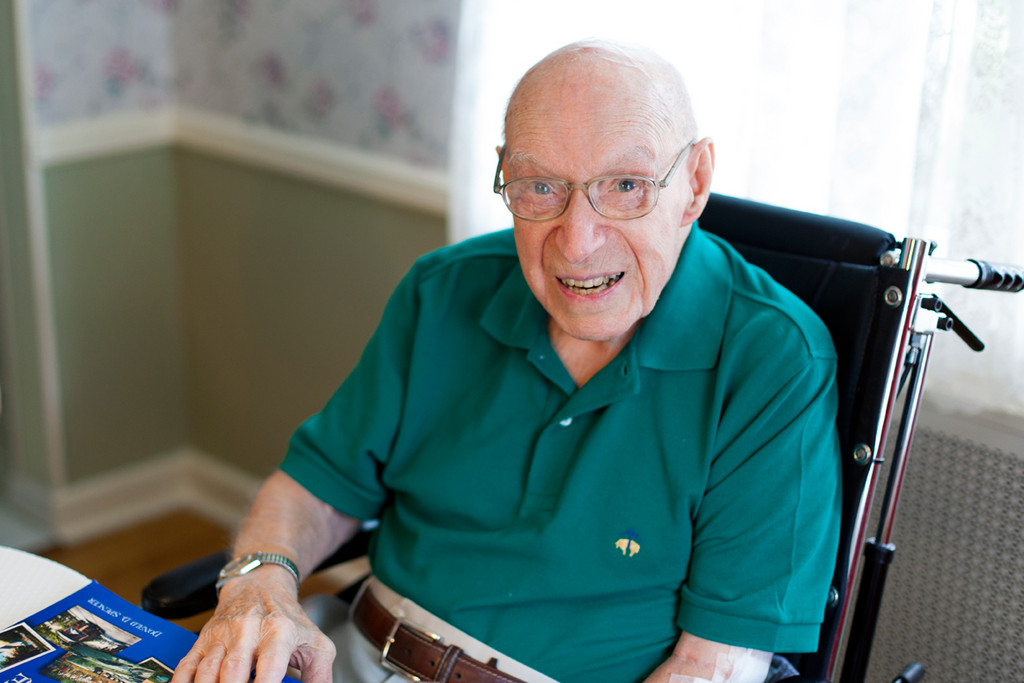 John Edward “Ned” Mahoney, a cornetist, conductor, music educator and business owner, died on July 9, 2012, at his home in Valley Stream. He was 100 years old.

Born in Sault Ste. Marie, Mich. on Aug. 16, 1911, to Minnie and Carl Mahoney, he was the youngest of three children. Following graduation from Sault Ste. Marie High School and with a passion for playing the cornet, Mahoney studied at the Ithaca Conservatory of Music in 1930. He then attended the Ernest Williams School of Music in Brooklyn, graduating in 1934.

His professional career began as cornet soloist with the 69th and 7th Regiment bands of New York. In 1937, he became assistant cornet soloist with the renowned Goldman Band, soon joining Leonard Smith and Frank Elsass to form the Goldman Cornet Trio, known as The Three Aces. He performed a total of 1,485 concerts in 25 seasons.

In June 1942, he married Anne E. Hubbs of Rockville Centre and they recently celebrated their 70th wedding anniversary. He enlisted in the U.S. Navy and served from 1942-45 where he was cornet soloist and assistant bandmaster of the Brooklyn Navy Yard Band for two years. He was then assigned to the USS Yosemite based in the South Pacific.

Mahoney served as bandmaster of the Kismet Temple Shrine Band from 1968-88 and of the Freeport Fire Department Band from 1973-76. During that time, he organized several successful benefit concerts for ALS (Lou Gehrig’s Disease) research.

Mahoney was an active member of Grace United Methodist Church in Valley Stream and was involved with the music ministry.

In addition to his wife, survivors include daughters Barbara Hamel and her husband Raymond, and Carol Tepper and her husband Steven; daughter-in-law Lydia Mahoney Buttafuoco; grandchildren Jessica, Lisa and David; and great-grandchildren Michael, Taylor and Brooks. He was predeceased by his son, David Carl.