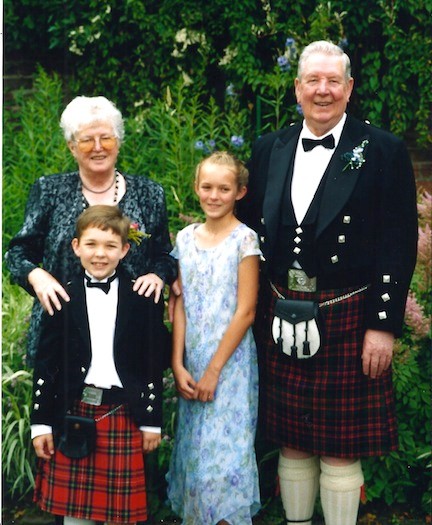 John Wraith with his wife, Philomena, and grandchildren Sean and Kristen.
Provided photo

Born in Greenock, Scotland in 1931, he grew up in the seaside village of Largs on the River Clyde. He immigrated to the United States with his wife, Philomena, and young son in 1957. After several years working as a track layer for the Long Island Railroad, including some in Valley Stream, his wife persuaded him to switch to office work in 1961. He retired from Chase Manhattan Bank in 1987 and enjoyed a long retirement indulging in his hobby of woodworking, babysitting his grandchildren and visiting his family overseas.

He and Philomena will be returning to their beloved Douglas Park in Largs.