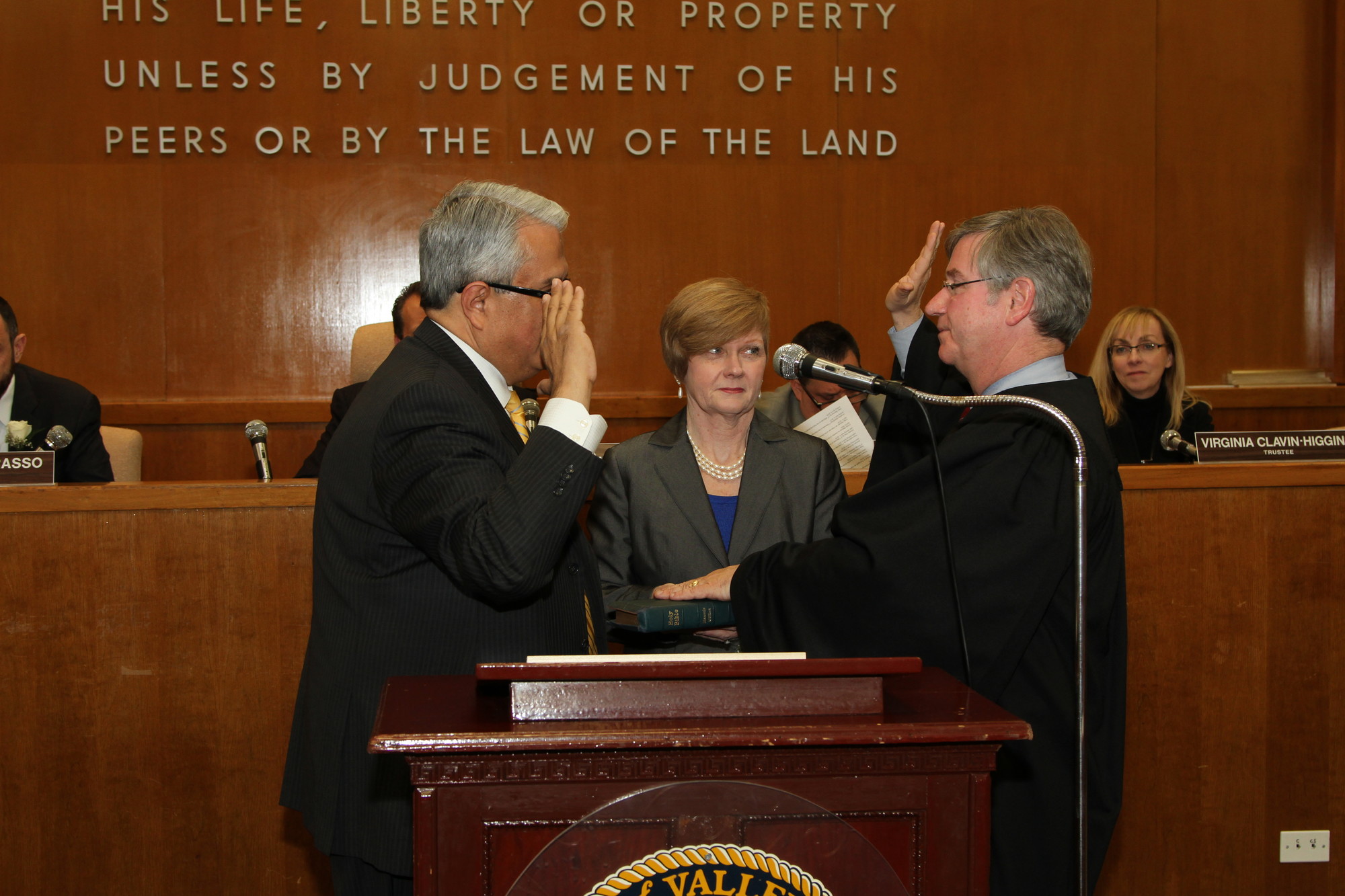 Village Justice Robert Bogle was installed to his eighth term on April 6, reflecting on his 29 years in the role and looking ahead to the soon-to-be new home of his court at 195 Rockaway Ave.

Construction is expected to be completed during the summer, according to Building Superintendent Tom McAleer. Plumbing, the sprinkler system and the HVAC system were installed during the winter. The judge’s seat and chamber, the courtroom benches, the elevator and a new roof are the major components that still have to be built, and Bogle said lighting fixtures and other finishing touches that will owe themselves to a 1920’s décor still need to be determined.

Once construction is complete, Bogle said, the court’s operations would move there about one month later from the current location in the Village Hall boardroom.

The new court would operate mostly in evenings so as to be accessible to people, but would likely add some afternoon dates. Parking will be available in a nearby lot on Jamaica Avenue and in a larger one a block away, next to the Long Island Rail Road. Bogle also said he plans to hold mock trials for local students, an activity he has organized in the past.

Bogle is entering his thirtieth year as village justice. He is the longest-serving village justice in the village’s history, the last being Frank Furey, who served from 1953-1979. Bogle said the new courthouse will add another layer of distinction to his tenure.

“I’m extremely excited to be a part of something historic,” he said. “It’s very rare that new courthouses are built in New York State, especially for a village.”