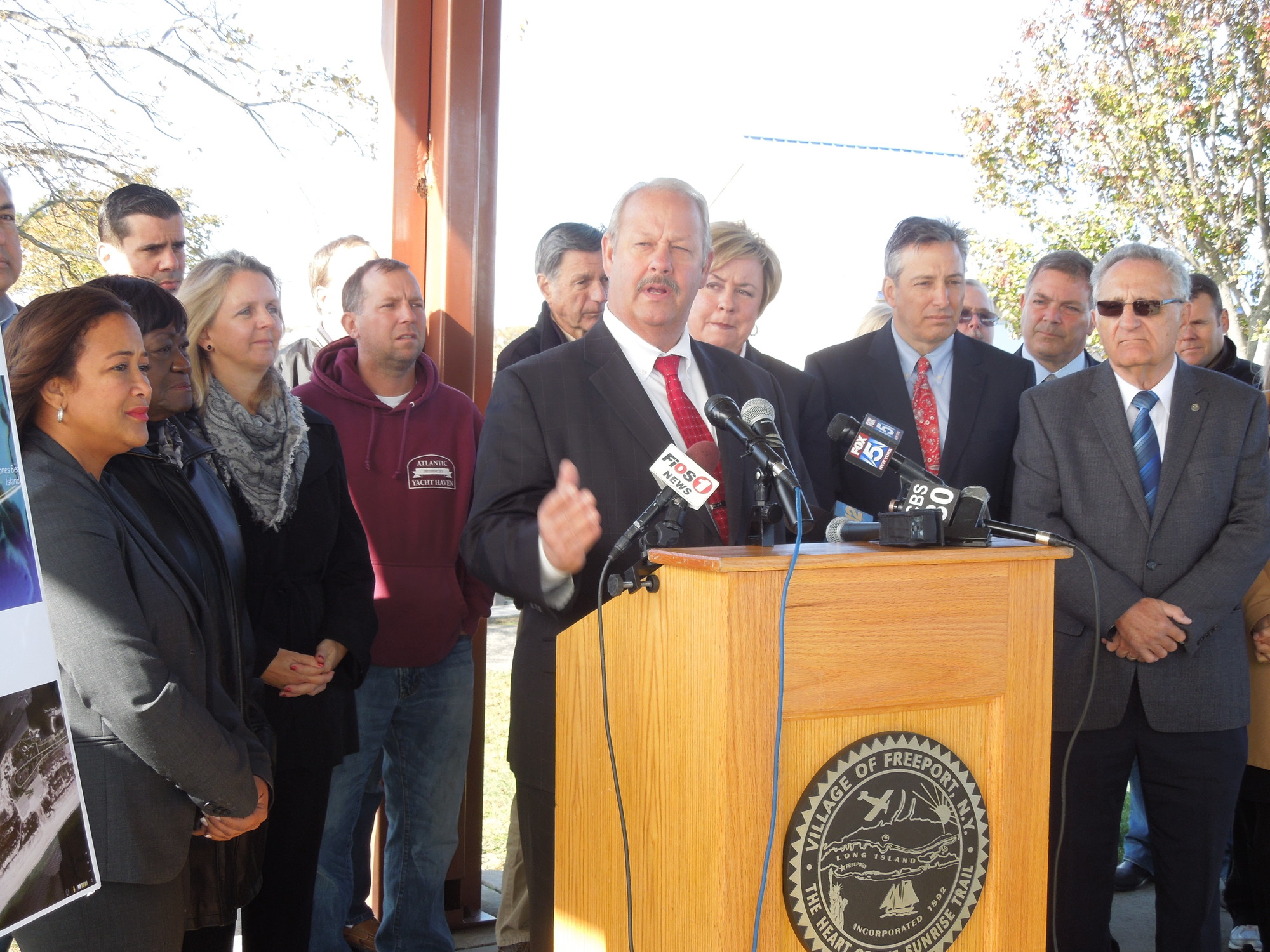 Freeport Mayor Robert Kennedy is urging the state and federal government to undertake a study to determine if building ocean gates at the Jones Beach Inlet and the East Rockaway Inlet is feasible. At a press conference held at Sea Breeze Park on Monday, Oct. 26, Kennedy, standing alongside village, town, county and state officials, said he would host a roundtable discussion with officials in late November to “explore how we can mitigate and protect our community from another devastating storm,” referring to damage wrought by Superstorm Sandy three years ago today.

Freeport suffered devastation from Sandy, including $10 million in damages to municipal facilities alone. Six feet of water rushed through the village’s streets and 3,500 homes were damaged. Restaurants and other businesses on the Nautical Mile were deluged. “Three years later, there are still people who have not returned,” Kennedy said. “We could get another storm tomorrow; we need to all work together to prevent another tragedy of this kind.” Otherwise, “residents may leave Freeport and not return,” Kennedy warned.

This would be a bipartisan venture to protect the 403,000 properties in the waterfront communities along Nassau County’s South Shore. Kennedy said the study could investigate the costs and effects associated with building gates at East Rockaway Inlet and at the Jones Inlet, in addition to fortifying the nine miles of barrier islands between Jones Inlet and Reynolds Channel, and another nine miles between the Jones Inlet and the Massapequa/Amityville boundary.
Kennedy envisions a hurricane protection barrier similar to the Maeslantkering storm surge barrier located on a waterway that connects the Rhine River with the North Sea in Rotterdam, Holland. It was built to combat high levels of incoming seawater. According to the Maselantkering Storm Surge barrier website, the barrier is a set of two swinging doors that are closed when seawater rises. The barrier doors can be filled with water, which makes them sink and turns them into a massive barrier. When the flood waand the gates are opened.