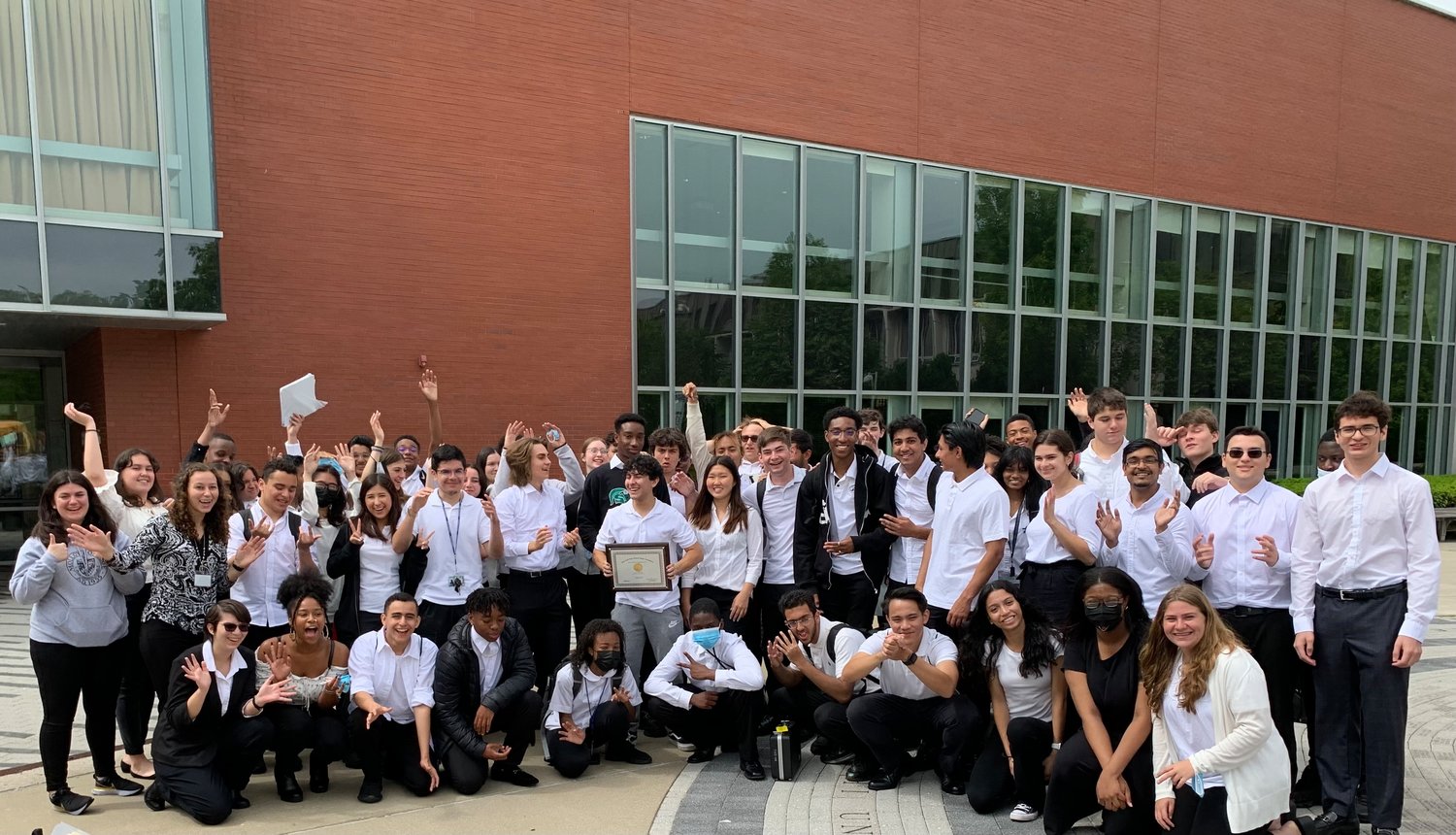 The band was rated by NYSSMA judges on their level five difficulty performances, which are regarded as the second-most difficult by NYSSMA.
Courtesy Valley Stream Central High School District
By Juan Lasso

The festival offers opportunities for music teachers to bring an exceptional ensemble — band, chorus, orchestra, or jazz  –  to perform for two specially trained adjudicators, according to the NYSSMA website.

The ensemble is given taped and written comments on their performance and awarded a rating such as Gold, Silver, or Bronze. The North High band received glowing feedback from judges for their renditions of “The Washington Post March,” “Variations on a Korean Folk Song,” and “Haven Dance,” said the press release. These challenging pieces, selected from the NYSSMA Manual, are regarded as having a level five difficulty by NYSSMA, with level six rated as the most difficult.

North Band Director Angelica Ansbacher, saw the festival as a tool to gauge the student musicians’ current level of performance but was pleased to hear the judge’s response. “Although I brought the students to the festival for them to gain experience and feedback from expert music educators, I’m so proud of what they were able to achieve,” she said. If that weren’t enough, the distinction came with a plaque, which will be proudly hung in the North High band room.