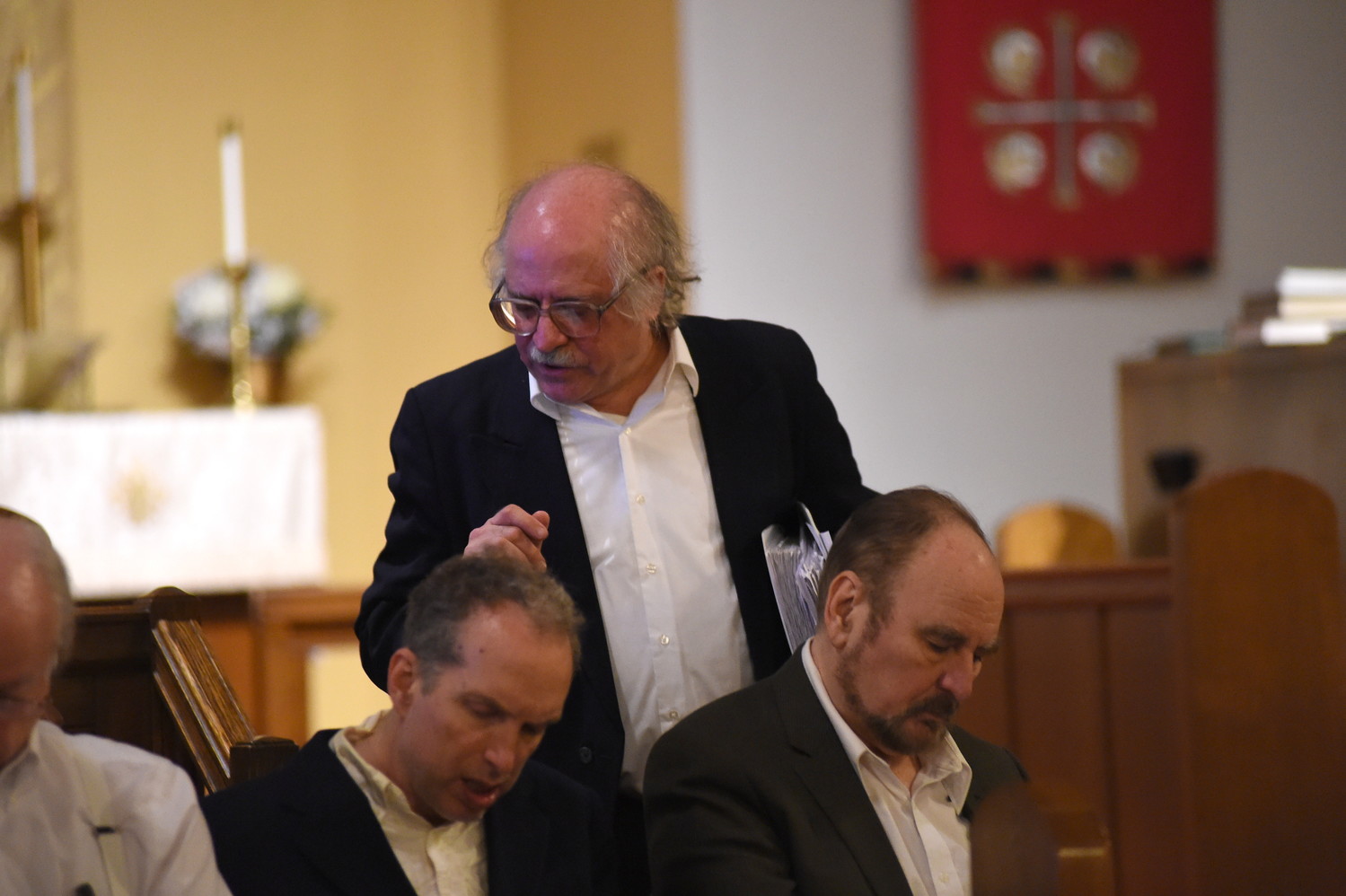 Leonard Lehrman is one of those people who, in the space of a single lifetime, connect many of the different worlds of 20th-century music. He knew and worked with such figures as Leonard Bernstein and Nadia Boulanger. And although he is an American, he spent much of his early career in Europe, living mostly in the German cities of Berlin, Bremerhaven and Heidelberg.
Now Lehrman, who lives in Valley Stream, has won a New York State Council on the Arts Long Island creative arts grant. He is the first composer ever to win the grant in the more than two decades since its inception. Previously, it was always awarded to painters or sculptors. The work he has written, his 230th numbered composition, was conceived for the small ensemble Alba, and is a setting of “The Last Word,” a poem by Australian poet Alex Skovron.
In the poem, Skovron imagines a dystopian world in which language no longer exists, and in lines that are both lyrical and emotional, paradoxically describes the disappearance of the last word ever thought or spoken. Much of Skovron’s work deals with similarly dystopian subjects. In “The Last Word,” he makes persistent use of a poetic device called enjambment, where sentences carry over from one line to the next. This creates a sensation of being out of breath, of running forward, that fits the sense of urgency at having lost the last thing that makes us human.
Lehrman captures this sense in the music, which begins with a fast-rippling, repeated three-bar series of triplets that give the same out-of-breath feeling between desperation and sadness that characterizes the poem.
The Alba ensemble, which specializes in music written before 1800, will give the official premiere of the work on Oct. 14, at a location yet to be determined — either Hofstra University or the Episcopal cathedral in Garden City, according to Lehrman. He has collaborated extensively with Alba, including recent concerts in East Meadow, Oyster Bay and Smithtown. “The Last Word,” makes use of lute, oud (a kind of Arabian soprano lute) and hurdy-gurdy — a hand-cranked organ that sits in the player’s lap. It presented some challenges, Lehrman said, since “its range of volume is somewhere between ‘loud’ and ‘very loud.’”


Like many of his songs, this one was written for his wife, the soprano Helene Williams. He has written more than 400 songs, including song cycles. His experience as a choir director and vocal coach has given him an understanding of the human voice.
The 68-year-old Lehrman is perhaps best known locally for his opera “The Triangle Fire,” about the 1911 Triangle Shirt Factory fire in Manhattan, in which 146 mostly Italian and Jewish garment workers were killed, due to lack of safety precautions. It was a seminal moment in the early labor movement and a natural subject for Lehrman, who has always strongly identified with that movement.
The opera, which had its world premiere at the American Labor Museum in Haledon, N.J., in 2016, was performed last year in Long Beach, and was his 11th opera. Lehrman makes a distinction between his operas and his seven musicals, although the musicals deal with such serious subjects as the testing of atomic weapons and the life and times of Emma Goldman.
Lehrman received his undergraduate degree from Harvard University, and earned a master’s and a doctorate from Cornell University. He received a Fulbright grant that enabled him to study with Nadia Boulanger at the Fontainebleau summer institute, held each year at the former royal chateau outside Paris.
Report an inappropriate comment