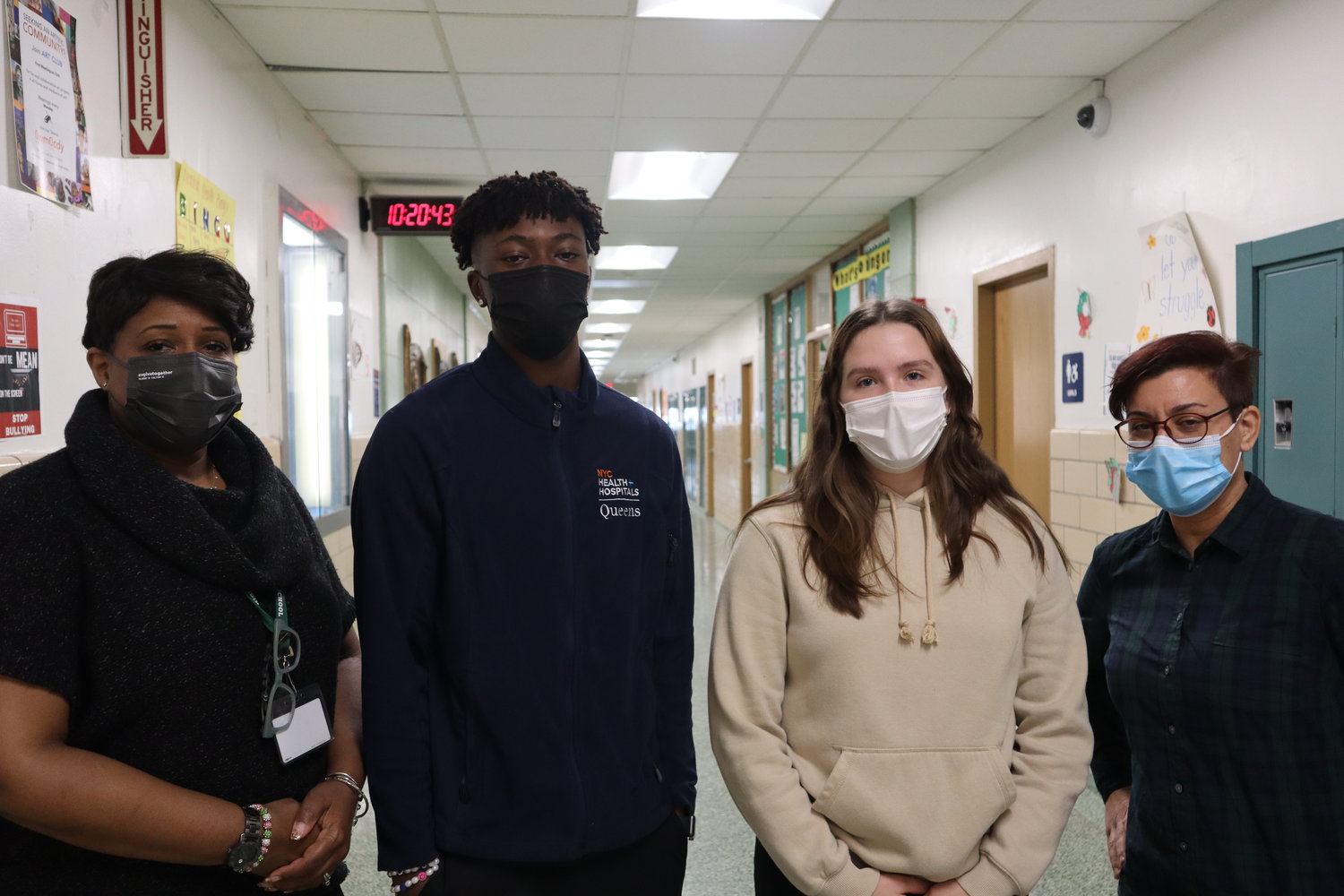 Valley Stream North High School seniors – Haley Nelson and Godwin Eyiuche – have been named Newsday’s top 100 athletes on Long Island for the 2021 season for their excellence in girls’ volleyball and boys’ basketball, respectively.

Nelson, who has been playing volleyball since she was in sixth grade, averaged 21 assists per match and scored seven kills and five digs in the fall season. “Her great court vision allows her to set up her teammates from anywhere on the court,” Newsday wrote of the young star.

“Haley has been starting center on varsity since eighth grade, and she has propelled our team to greatness,” North High girls’ volleyball varsity coach Mary Parisi said. “She brings leadership, motivation, and skill. She’s also very kind and always welcoming to the younger girls.”

Haley said she was drawn to volleyball for its competitiveness and requirement for teamwork. “My team and the North High School community have been very supportive,” she said.

Godwin has been playing basketball since he was in eighth grade and has averaged 11.5 points per game last season. Newsday described him as a “high-flying athlete who can attack the rim and shoot from deep.” Godwin said he was drawn to the sport after watching his friends play in seventh grade and decided to try it himself. “I just started playing, got better and I kept playing after that,” he said. “It just grew on me.”

“Godwin’s ability and athleticism can be seen immediately when you watch him play, but his leadership and unselfish nature are what make him special,” North High varsity basketball coach Michael McVeigh said.

Godwin said he plans to play basketball in college, but for now, he’s focused on getting his team to the playoffs and becoming conference champions.